Humans of Blair: A balance of passions

"I always have admiration for my students. Some of them, I admit, many students that sing better than me, go onto be engineers or nurses and they're able to balance their passion for music with a passion for making a difference in the world. That's something I'm still working on."

Isabel Hernandez-Cata, the choral and general music teacher at Blair, grew up with music-loving parents who come from different cultural backgrounds. Her mother is from Bolivia while her father is from Cuba, and the two met in French-speaking Switzerland. The mix of cultures throughout her family has exposed her to many international genres. As a result, Hernandez-Cata has devoted almost all of her life to music and teaching, deciding not to have a family to pursue her goals. "Maybe I'll get a dog or something," she jokes.
But it's been worth it for Hernandez-Cata. She's received awards from Down Beat, a magazine dedicated to jazz, blues and roots music for outstanding performances. She's also had the privilege of having her parents' support to major in music. It all started when Hernandez-Cata's parents pushed her through piano lessons after seeing her sing and dance for fun. Even though she tried to quit many times, they never let her. Now, she's forever thankful to them for that. 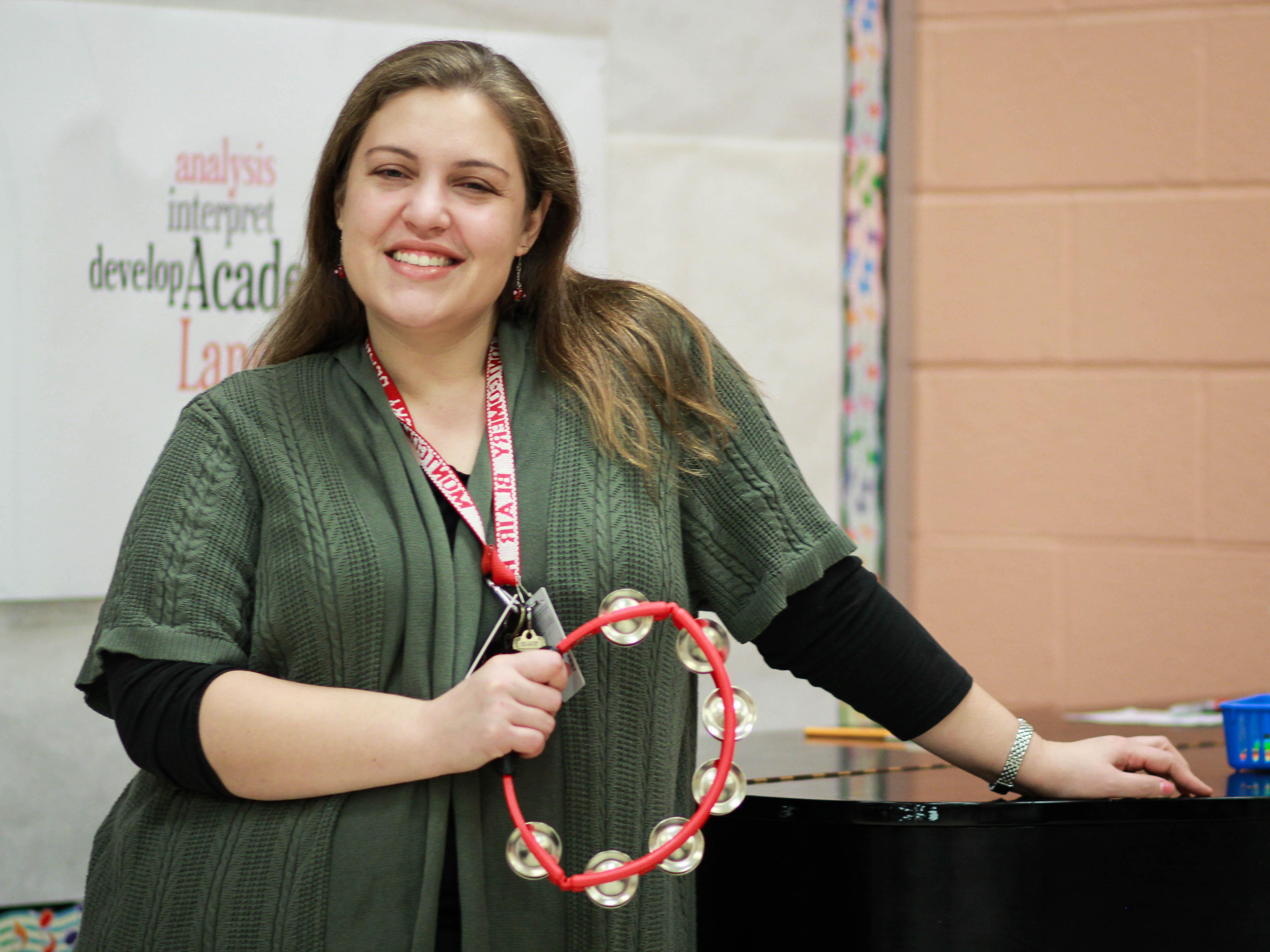 Photo: Isabel Hernandez-Cata is a general music and choral teacher at Blair.

Hernandez-Cata feels like her degrees in jazz studies and jazz vocal performance at the University of North Texas has left her with the privilege to share her musical knowledge with others. But at the same time, she wants to use what she's learned to further her other career. "I'm here trying to balance my life as a teacher, which I put a lot of time and effort into, but also as a performer," she says. As a jazz singer, Hernandez-Cata tries to make time to perform at clubs, weddings and other events. It's not that easy, but at the end of the day, whether she's spent it teaching or performing, she's dedicated to one thing: music.