The crusade of deceit against Planned Parenthood

Massive protests against Planned Parenthood, calling for its defunding, have exploded from the turmoil generated by the Center for Medical Progress (CMP), a prolife organization founded by David Daleiden. CMP has been releasing to the public a string of heavily edited videos with secret footage, wrongly casting Planned Parenthood in the spotlight for something they didn't do and extending the already centuries-old debate over abortion. Daleiden created CMP in order to set up and secretly record meetings about fetal tissue sales with Planned Parenthood officials. The videos claim that Planned Parenthood is trafficking fetal tissue, sometimes even compromising the life of the woman who is receiving the abortion, in order to do so. Anti-abortionist groups such as the CMP are using these false accusations to close down Planned Parenthood in order to prevent abortions, which make up only a small portion of the many valuable medical services offered. 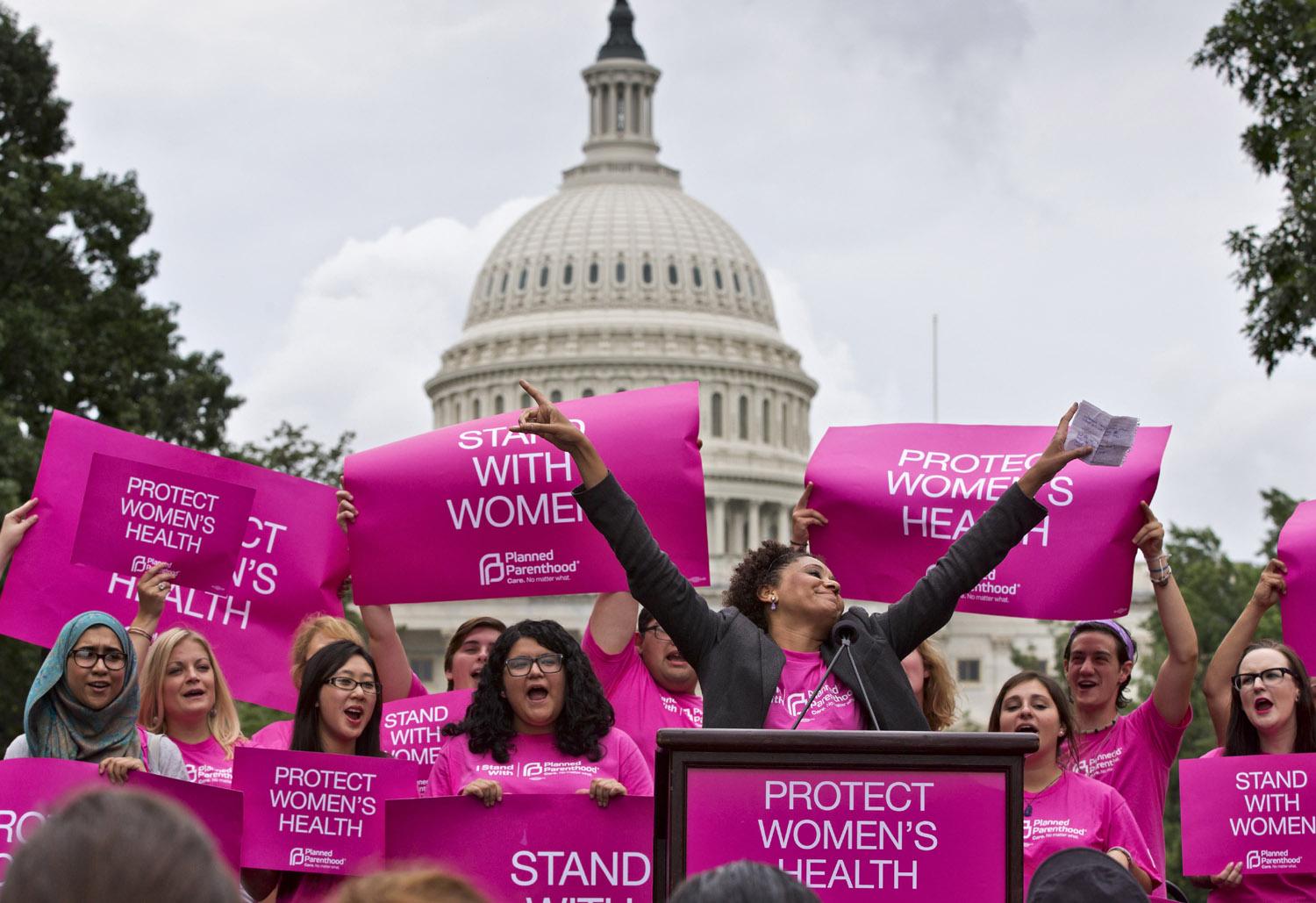 In the past, fetal tissue has been used successfully in medical research. Scientists have created vaccines for polio, chicken pox and many other diseases after conducting research on fetal tissue. The edited version of the first of many videos includes comments by Dr. Deborah Nucatola, Planned Parenthood's senior director of medical research, which imply that the organization seeks to profit financially from extracting fetal tissue. "$30 to $100 depending on the facility, and what's involved," Nucatola says, as she discusses a possible price range.

The videos came as a horror to the many Americans who didn't have the full story. That's because they haven't seen the unedited version of the secret footage as well. There is a stark difference in how the two videos portray Planned Parenthood. The unedited version includes more comments from Nucatola, where she explains that Planned Parenthood isn't selling tissue. "Affiliates are not looking to make money by doing this. They're looking to serve their patients," she says.

Perhaps this is the most problematic point of anti-abortionists' arguments: the lack of attention on how these health services would be adequately replaced if Planned Parenthood was put out of business. There is no discussion of the need to replace the services that about 1.85 million low-income women depend on. How can these opponents be taken seriously? Their attempts to portray Planned Parenthood as an inhumane monster are overshadowed by their own ignorance. They're not really concerned about fetal tissue trafficking; if they were, their videos probably wouldn't be so misleadingly edited. This is all just a guise to hide under so they can get what they really want: stop abortions.

All it took was one video to spark one of the biggest wars over abortion in recent years. CMP has many more videos to release, and Planned Parenthood has many more defense measures to take. But it's up to the viewers to decide whether or not they stand in support of an organization that respects "an individual's right to make informed, independent decisions about health, sex and family planning." If not, they're choosing to be deceived by badly edited videos that reflect on the cruelty of their creators, who refuse to acknowledge the support and care that Planned Parenthood really provides.