Student Member on the Board of Education (SMOB) Eric Guerci

So far this school year, Guerci has placed strong emphasis on communicating more with the student body. Guerci has increased the number of student town halls and has begun a minute long video series with updates on his work. The student town halls allow Guerci to engage in important discussions with students on issues that affect them. He has also created a network with student newspapers and compiled biweekly newsletters in order to inform students on his recent activity. Guerci made these accomplishments early on in the year. "I am very proud of the work that we have done. Many of the efforts have been unprecedented," Guerci said. 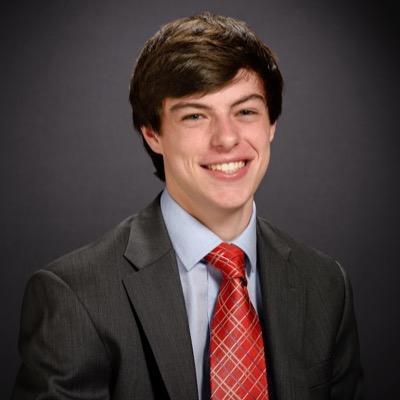 Guerci has also formed the largest SMOB Advisory Council (SAC) in history, pulling in students from a variety of backgrounds to ensure a broad range of perspectives. Students on the SAC discuss county-wide initiatives such as changes to final exams, grading policies and bell times with Guerci's administration. However, he does not only rely on the SAC for student input. Guerci has also conducted many focus groups throughout the year to hear student opinions on critical issues such as final exams and grading. He initiated the Student Voice Project team which works to gather broad student feedback on various county initiatives. Guerci is looking forward to furthering these efforts and taking up new ones during the second semester. "For the rest of the school year, I hope to continue to champion issues around student stress through student and community forums, continue the communications strategy, and pick a superintendent," he said.

Outside of his focuses on communication and student involvement, Guerci has voiced his support for the creation of a professional day on the Muslim holiday of Eid al-Adha and advocated against Partnership for Assessment of Readiness for College and Careers (PARCC) testing. One of his most important initiatives currently is the SMOB Voting Rights Bill. Guerci testified for the bill in November. If passed, the bill will expand the SMOB's authority to vote on matters relating to collective bargaining, capital and operating budgets, school closings and openings and boundaries.

Guerci has worked tirelessly to improve student voice throughout the county to ensure that he is representing the student body as best as he can. "My legacy will hopefully be one that encompasses tireless advocacy and bringing people together for progress," he said.