On a windy afternoon, the Wootton Patriots (4-2) defeated the Blazers (0-5) 17-0. Despite the Blazers' best efforts, the Patriots' offense was unstoppable.

After losing the opening faceoff, the Blazers worked quickly to recover. The Patriots set the pace for the game, scoring twice within the first few minutes of the first quarter. Junior and midfielder Daniel Jones was able to gain possession of the ball, but Wootton's defense came up strong. Despite their confidence, junior and goalie Michael Cales managed to successfully block some of Wootton's shots. 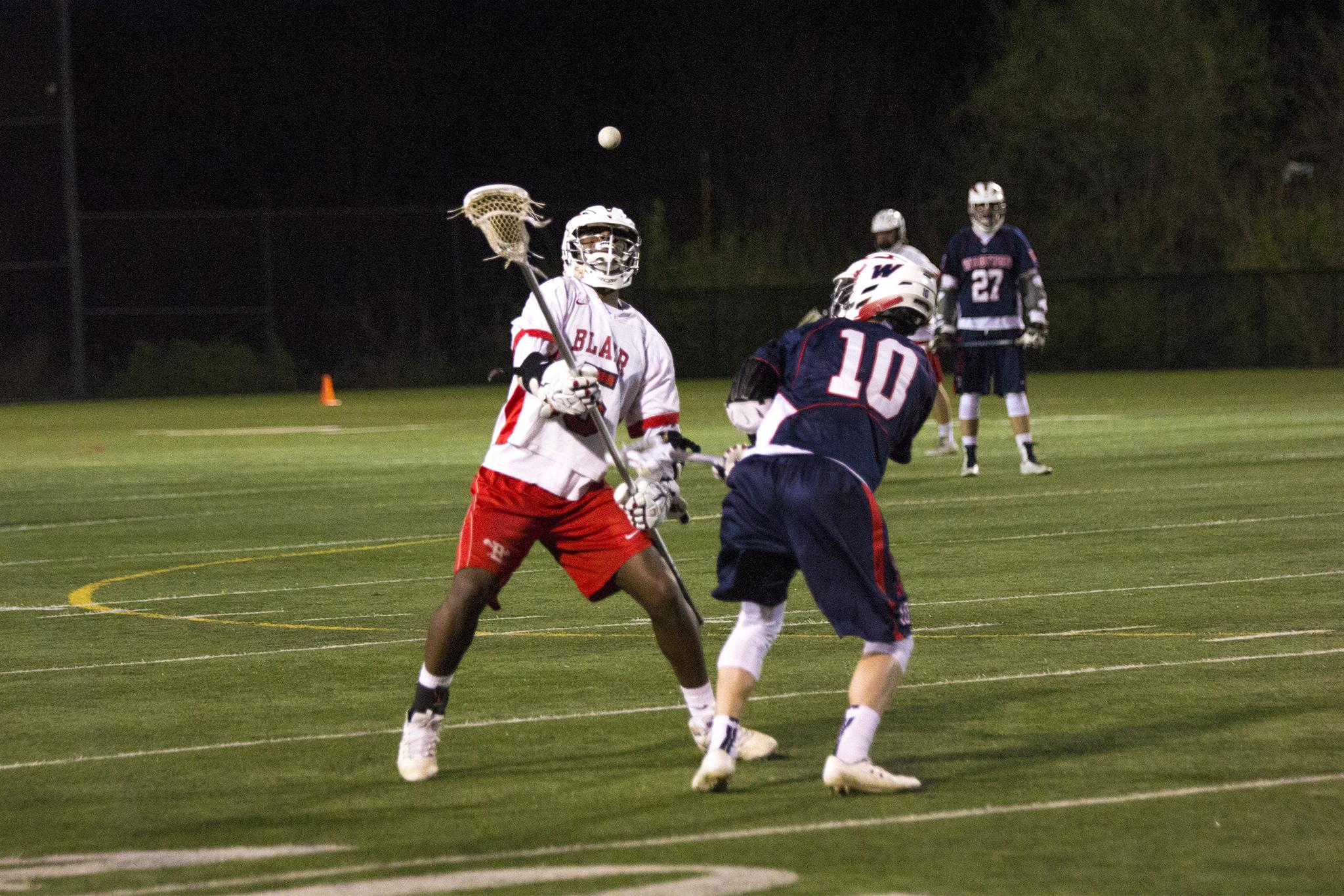 The second quarter was a continuation of the same fast tempo, only the Blazers had more possessions of the ball. At 7-0, freshman attacker Calvin Bruwelheide and senior midfielder Ahrdesheer Mudd took shots but were blocked. The ball then turned over to the Patriots, who scored another goal. But by using their momentum from before, Cales was able to make several more saves while Bruwelheide and senior midfielder Matthew Guererra attempted to score yet again.

Coming back from halftime at 8-0, the Blazers lost possession of the ball. Guererra and junior long stick middle Joshua Agu made impressive carries, but Wootton's defense was faster. At 14-0 by the start of the last quarter, the Blazers were still struggling to make a comeback. Agu, junior midfielder Ben Jacobson and junior attacker Paul Moser all gained possession of the ball during this quarter, but Blair's defense struggled to give them the time they needed to score. "If we could've gotten our offense some more possession time, I think it would've been a totally different ball game," Jones said. 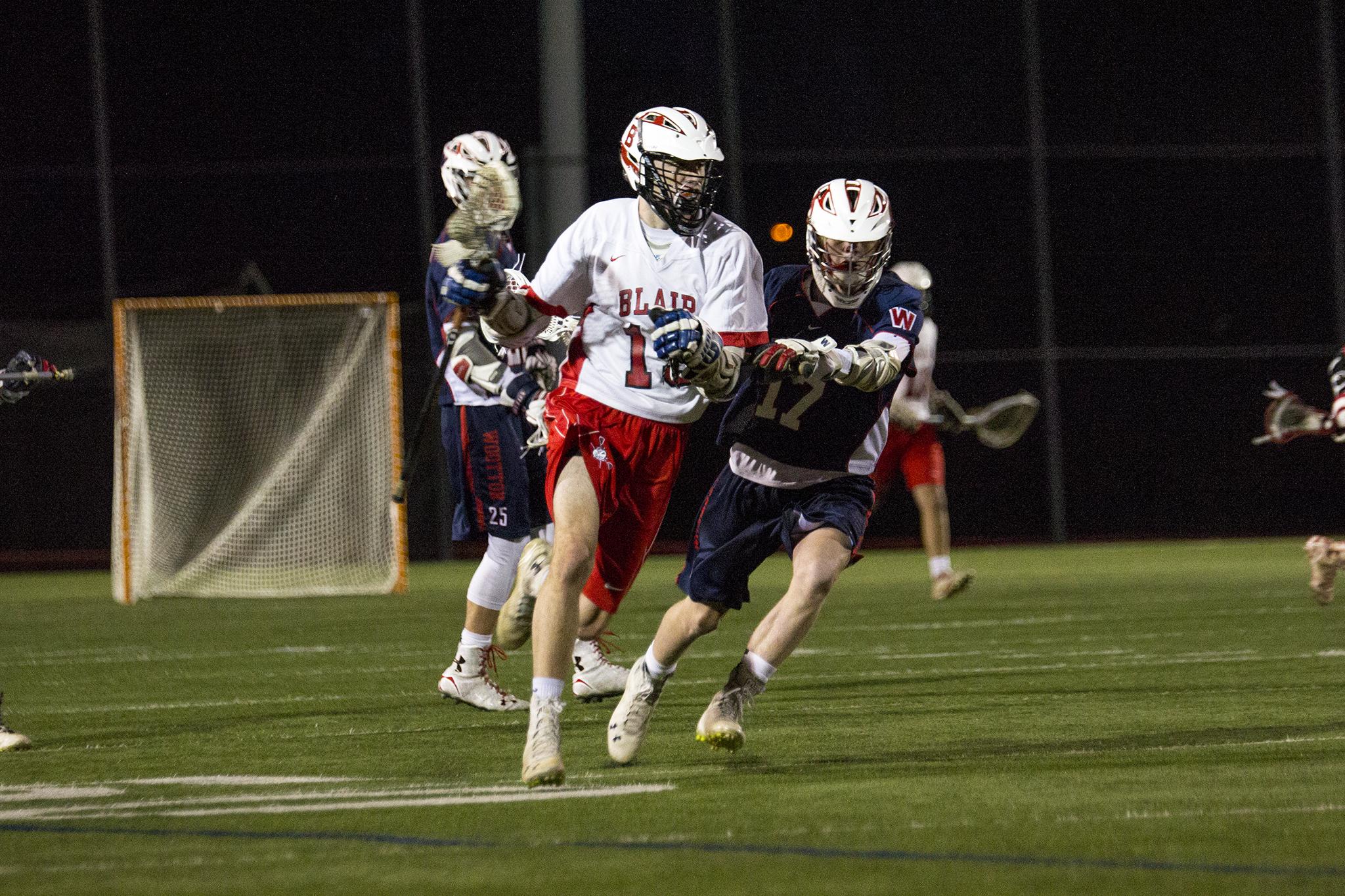 Looking ahead, the Blazers hope to work on their consistency for their upcoming game against Wheaton. Blair's defense has often been a highlight of their games and many players were disappointed with their performance. "Our slides weren't coming on time, or at all in some cases, and we had trouble locking down their big players. We didn't really get the ball to offense and offense played well that game," Jones added. A better prepared defense paired with an aggressive offense may lead the team to a well-deserved win.
The Blazers take on Wheaton at home on April 11. "We want this victory badly. I think about it all the time and I know my brothers do, too. It's time for us to show everyone what Blair lacrosse is really about," Jones said.

The Blazers will play their next home game on Monday, April 11 against Wheaton