Kung Fu Panda 3 is a legendary end to the series

The highly anticipated end to the Kung Fu Panda trilogy truly delivers a heartwarming finish to Po's (Jack Black) story as the Dragon Warrior. Directors Jennifer Nelson and Alessandro Carloni have once again created a seamless animated adventure full of just enough twists, laughs and tear-jerking moments that make this movie appealing for anyone. The new concepts, characters and obstacles easily compel the targeted younger audiences into following Po on yet another feat.

Shortly after Shifu's retirement, Kai returns to the mortal world, having stolen Oogway's chi. He begins attacking Shifu, Po and the Furious Five, controlling jade statues of kung fu masters whose chi have been stolen. Ultimately, Po and Tigress are the only two masters left. They seek the help of Po's biological father Li Shan (Bryan Cranston), his adoptive father Mr. Ping (James Hong) and a hidden village of pandas. They must discover the secret of Chi in time to face a power hungry and destructive Kai. 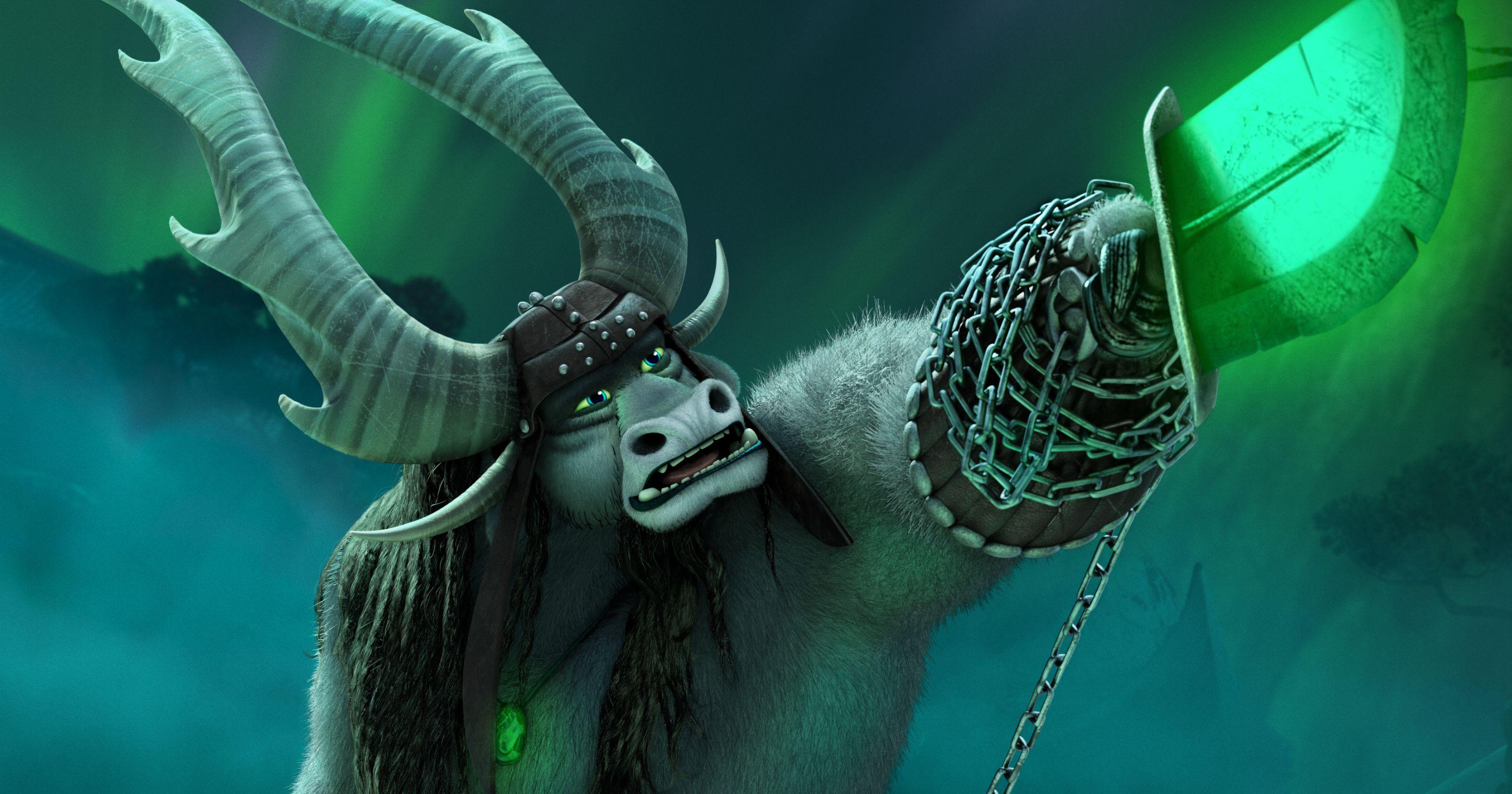 Photo: Kai was banished to the spirit realm by Grand Master Oogway.

Photo: Kai was banished to the spirit realm by Grand Master Oogway. Photo courtesy of DreamWorks.

The consistency between all three movies of the franchise is commendable, from running time to character development. Each movie runs for about 90 minutes, which is fairly short, yet the plot never seems rushed. Similarly, each movie focuses on the development of different characters, with the exception of the titular character Po, whose development is seen throughout all three films. "Kung Fu Panda 3" puts emphasis on identity, delving into the contrasting personalities and intentions of Li Shan and Mr. Ping who now share a son. The movie also features the introduction of a whole community of pandas, who were thought to be extinct following a mass genocide.

The exciting explorations of these characters go hand in hand with the clever comedic relief effortlessly weaved throughout the movie. Once Po is brought to the village of pandas, devastated and demoralized, his spirits are instantly lifted by witnessing the normal lives of his kind. This involves consuming one's body weight in dumplings, sleeping until noon and rolling down hills as a method of transportation. The combination of witty dialogue and stunning visual effects which emphasize the lazy, carefree nature of pandas, is present all throughout the movie, delivering infectious comedy to all.

However, the visual appeal is not limited to just the pandas. Directors Nelson and Carloni create several other beautiful landscapes that don't go unnoticed. One of these is the spirit realm, featured at the beginning and end of the movie. This parallel dimension is presented as ethereal, with floating colliding rock formations and kung fu moves which emit glowing lights. Visual effects are also present in the action scenes, where fighting sequences fluidly switch between normal and slow motion to emphasize hits and evoke laughs.

"Kung Fu Panda 3" is a satisfying closer to the beloved trilogy. Compelling yet light-hearted, this movie is perfect for all ages. Even if you've missed its predecessors, any holes are quickly filled at the beginning of the movie. Don't miss this final installment. It's worth the wait.