The reasons why student athletes put in the work

Every weekday, a typical Blair athlete will stand on the field or court and they will work. They will sweat, run and grind. They will play football, basketball and soccer, among many other sports. They will cheer, run and do gymnastics. And they will do it because that is what they love.

As athletes, students face a lot of challenges. They have to find the time and motivation to excel not only at their sports, but in the classroom as well. They may want to quit, they may want to give up, but they won't. They will get up the next day and they will keep running, throwing, kicking, flipping and swinging.

Every athlete has a beginning. For many Blair athletes, their athletic career started when they were young. Freshman Amarins Laanstra began playing soccer ten years ago as a kindergartener. When she first began playing it was largely because she wanted something to do with her friends. Matt Siff, quarterback of the junior varsity football team also started playing football and basketball at a young age and has played both sports since the first grade. His parents both enjoyed watching sports and that helped foster a love for the game.

While many athletes begin young, some have just gotten their start. Sophomore Tyler Leas just began playing lacrosse last year as a freshman. He started because he saw videos of people playing and doing tricks online. "I saw videos in the fall time and I started practicing with them before the season started. Then I tried out and I was actually pretty decent," Leas says. After teaching himself and working out with the team during the pre-season Leas was able to make the team.

Some students are pushed into playing sports because of their parents, and others begin playing because of the influence of coaches or teachers. Sean Tan was playing at a sports camp when one of his coaches noticed his talent and encouraged him to play lacrosse. "I was at this sports camp and we played lacrosse and one of the counselors said, 'you're pretty good do you play lacrosse?' and I said 'no,' and he said, 'you should play.' So I asked my mom if I could play lacrosse," Tan says. At first his parents were against him playing lacrosse because of the violence involved in the sport but after they had bought all of the gear and seen him play they decided that he could continue. He has been playing since then and was pulled up to the varsity team as a freshman.

One of the biggest challenges for student athletes comes off the field. According to Fridaous Djobo, a senior on the cheer and gymnastics teams, keeping up with her school work is the hardest part of being a student athlete. Athletes face the pressures of their respective sports on top of having to balance the stress of being a student. It can be hard to continue to focus on school when one is physically and mentally exhausted by a practice or a game. "When I get home and want to go to bed, I have stay up all night and do homework... which blows. I want to go to sleep. I don't want to do homework." Leas says. Tan agrees, saying that it is hard to keep focused on schools and sports at the same time. "Sometimes I want to slack, but I just can't slack," he says. 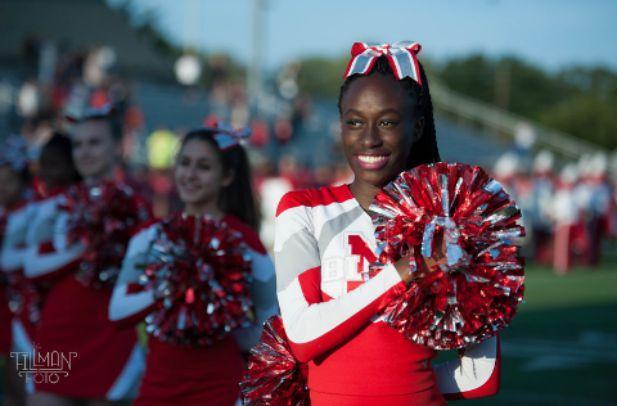 Photo: Djobo, a captain of the cheer team has been a part of the team since freshmen year

Photo: Djobo, a captain of the cheer team has been a part of the team since freshmen year Photo courtesy of Fridaous Djobo and Filman Fo.

According to several student athletes, there are many different factors that influence them to continue to play sports, one of which is the thought of success for themselves and for their team. Every team has a goal, whether it be winning a game, their division or even States. Students also work in order to improve their own game and to stay in shape, working towards those goals motivates athletes to play.

Success is something that can be hard to come by. Getting your team to be the best takes a lot of time and practices. "We have those times that we practice and nothing really hits and things are falling, but when we perform they work out." says Djobo.
Personal growth and wanting a challenge is also a big motivation for athletes. The desire to get better pushes them to work harder. "It's like self-motivation, wanting to get better, maybe wanting to play in college," says Tan.

Like Tan, many athletes have prospects of playing in college or higher. According to the 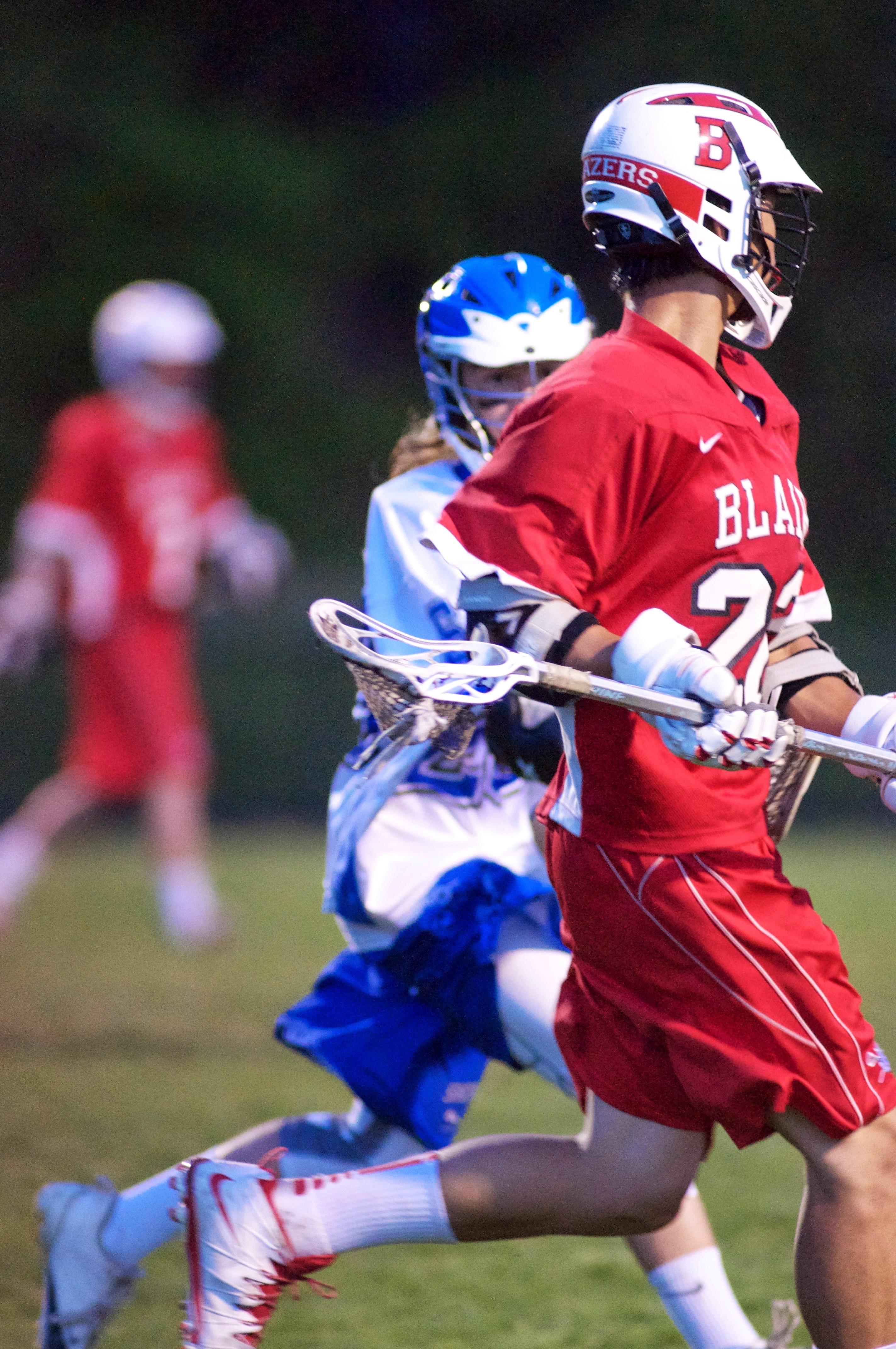 One of the many life skills that playing a sport teaches is how to work well with other people. Teammates are a big factor in any student athlete's life. They spend day after day together, and that leads to lasting relationships. While athletes may not remember the results of their games later in their life, they will remember the experiences they had with their teammates. Together teammates go through grueling practices and hard-fought games, experiencing both the heartbreak of losing and the jubilation of winning. The team that surrounds an athlete is a unique and integral part of the game.

Part of a whole

For many athletes such as Laanstra and Djobo their teammates are one of their favorite parts of being on a team. Tan and Leas describe lacrosse as "a brotherhood." This atmosphere of brotherhood is especially evident when everyone on the team gathers around, puts their hands in the center, and chants, "1-2-3 Blazers. 1-2-3 Family."

Blazers play sports for many different reasons. They play to stay in shape, they play to win, and they play to get better. However, there is one overarching reason that athletes are motivated to practice and work hard. These athletes puts their bodies at risk and their academic and social life on hold; a deep because of an intense passion and love for the game that they play. "I like tumbling, I like stunting, I like being with my teammates. It's just really fun," says Djobo. Above everything, what motivates student athletes to continue to play every day is that sports are what they love. "I have a deep passion for sports," says Siff, "It's what I like to do."