White + male + upcounty = Our next SMOB

The achievement gap, bring your own device policies, the quality of school lunches and who has the best stickers are just some of the issues middle and high school students across Montgomery County consider as they log into their computers to cast their votes. They are voting for who will represent them when it comes to important school board decisions: the Student Member of the Board of Education, or SMOB. Unfortunately, for many students it is difficult to relate to either of their options.

Although Montgomery County has an array of students from different backgrounds, the majority of the SMOB candidates all come from the same one. There needs to be more diversity among SMOB candidates to have different and more diverse issues raised and to better represent the county's array of different people. 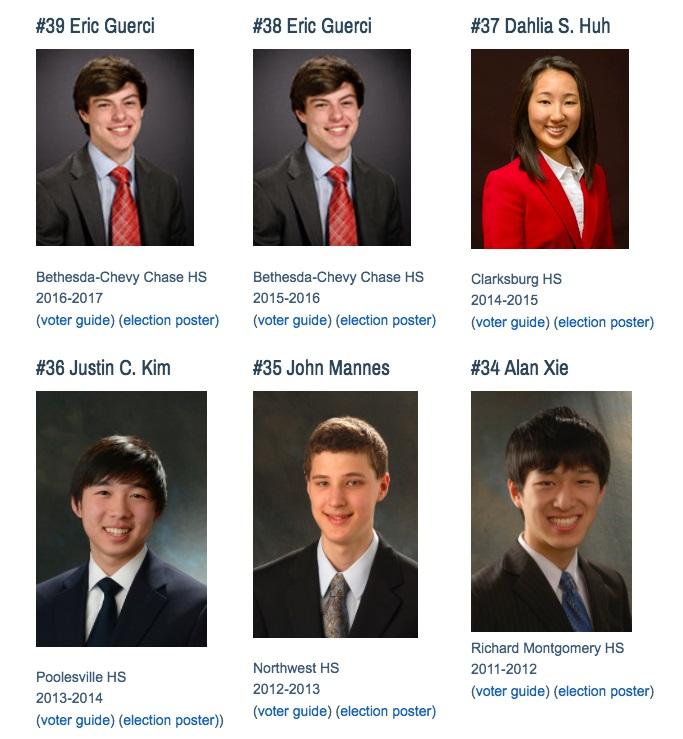 Photo: The Student Member of the Board position has been filled with many candidates of similar, upcounty backgrounds.

Photo: The Student Member of the Board position has been filled with many candidates of similar, upcounty backgrounds.

The students of Montgomery County come from 164 different countries and are 23.4 percent black, 23.4 percent Hispanic and 15.7 percent Asian, yet this diverse student body is faced with two possibilities for SMOB: a white male from upcounty or another white male from upcounty. Since the creation of the Student Member of the Board nearly 40 years ago this has mostly been the case.

Of the 39 past SMOBs only 12 of them have come from downcounty or Northeast Consortium (NEC) schools, including two from Blair. Most of the SMOBs come from upcounty schools, which are known to be more affluent, such as Bethesda Chevy-Chase (BCC) and Richard Montgomery. These schools are vastly different from schools in the Downcounty Consortium such as Kennedy, Einstein and Blair. Compare BCC, where current SMOB Eric Guerci attends, and Kennedy High School , whose last (and only) SMOB came in 2000. BCC has a graduation rate of over 95 percent while Kennedy's is slightly less than 80 percent.

There are also significant financial differences when it comes to location, at BCC the amount of students who have ever been on Free and Reduced Meals (FARMS) is 20.9 percent,at Whitman , another upcounty school it is less than 5 percent however in downcounty schools that number is significantly higher, at Kennedy it is 79.2 percent and even at Blair it is 55 percent. 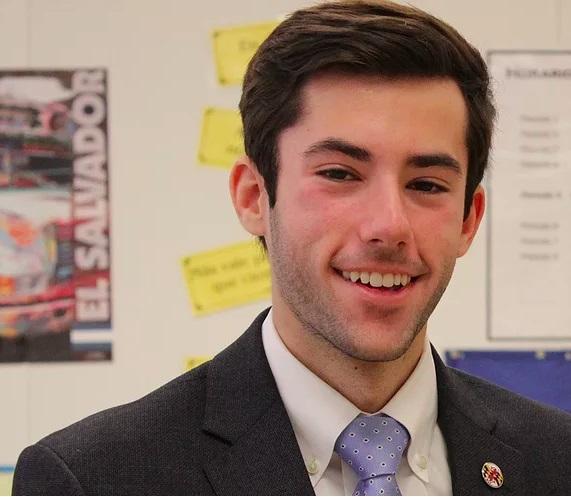 Photo: This year Matt Post is a final candidate for SMOB, he is from Sherwood High School.

Photo: This year Matt Post is a final candidate for SMOB, he is from Sherwood High School.

There's a clear difference in the status of these schools, and 70 percent of the student members of the board coming from upcounty have done little to help the students from the schools that are struggling. While current SMOB nominees are trying to get food trucks to come to schools upcounty, there are many students downcounty who can scarcely afford the school lunches. If more students from downcounty were able to secure a position as SMOB they could bring the issues that they face to the Board of Education's attention instead of these issues being cruised over or being brought up by a person who doesn't experience the issues first hand. Schools in the lower part of the county such as Kennedy and Einstein are facing different issues than schools upcounty such as BCC and their voice deserves to be heard as much as the voices of the upcounty students

Photo: Alex Abrosimov, from Richard Montgomery High School, is also a final candidate for SMOB, is is also white, male, and hails from upcounty.

Photo: Alex Abrosimov, from Richard Montgomery High School, is also a final candidate for SMOB, is is also white, male, and hails from upcounty.

There is also a lack of young women who make up SMOB members. Only 28 percent of past SMOB members have been female. There are many issues that affect women in school, dress codes and sexual harassment to name a few, and these issues are more likely to come up with a women representative. Women bring another perspective to the table, even when it is not specifically about female dominated issues. Take Ananya Tadikonda who ran, unsuccessfully, for SMOB for this year, but brought up issues such as diversifying the curriculum, allowing students to follow their passions and allocating money to the minority scholars program, all of which were unique to her in a pool of seven other male candidates. From a different perspective, she was able to bring light to new problems.

With most of Blair's population, and over half of MCPS's, being minorities and the SMOB continuously being of the upcounty, white, male type, the views of these groups and the issues that these groups face can be overlooked. Without having someone, time after time, who can truly reflect and represent a vast number of MCPS students and the issues they face in school, we the students are essentially left voiceless. Here at Blair we pride ourselves on having diversity and on the different perspectives and experiences it brings to the table. The office of SMOB should be able to do this as well.

Tags: SMOB diversity Student Member of the Board Ananya Tadikonda