Hidden Figures , the story of three African American women that helped put the first man on the moon, is a powerful movie that shows the strength of many African Americans in the face of the adversity. It's a beautifully done and emotional movie that tells a story that everyone needs to see.

The movie reveals the untold true story of three African American women as they climb the ranks of the segregated workforce at NASA in the early 1960's to help send the first man to space. Before computers could do everything for us, Dorothy Vaughan (Octavia Spencer), Mary Jackson (Janelle Monáe) and Katherine Johnson (Taraji P. Henson) work at NASA as human computers. The three are highly educated, extraordinarily talented black women during a time when it was hard for black women to get ahead. Throughout the movie the women transcend both racial and gender boundaries by moving up in their fields. Vaughn becomes the first black supervisor at NASA and was a pioneering computer coder, Jackson became the first black female engineer at NASA and the first black person to attend a segregated school in Virginia and Johnson did many of the calculations for the Friendship 7 mission to space and was instrumental to getting the ship off of the ground. Though they are able to climb the ranks of NASA, it does not come without struggle. Hidden Figures tells the story of how through friendship, determination and hard work, the women are able to rise even in the face of Jim Crow laws.

Katherine, who is a child prodigy that graduated high school at 14, faces discrimination when she is assigned to the branch in NASA that is responsible for getting the first man into space. As the only woman and person of color on the project, she is often disrespected by her co-workers. Despite the less than ideal working environment, she continues to contribute to the effort with her intelligence. Her boss, Al Harrison (Kevin Costner), stands by her the whole time and helps her to break the many barriers she faces as a black woman.

The movie starts off slowly with a narrative on the background of the girls and their positions. The movie documents their everyday lives which are pretty mundane. The movie quickly picks up when Russia makes significant strides in the Space Race. The soundtrack by Pharell is a nice addition to the movie by setting the tone and the pace of the movie with a distinct mellow 60's sound. As the Russians get closer to getting their first man to space, the girls are called into action and pulled from the monotony of their jobs. Johnson especially is pulled into the quick moving world of space and sacrifices time with her three children in order to get ahead at work as well as trying to juggle a budding romance. As the Space Race ramps up the movie matches the intensity. In both their personal and professional lives the women have more responsibilities as well as more drama which makes the movie more intriguing. The middle and end of the movie also brings more confrontation and conflict between the characters. Katherine finally tells her boss about her constant struggle with the segregation she faces at NASA, she has to go all the way to the other side of the campus, which is a 40 minute run, and is ostracized and belittled by her co-workers, who don't respect her despite the hard work that she does. Mary also faces significant conflict as she has to go to court to appeal the segregation of a school she needs to attend in order to become an engineer.

Based on the book by Margot Shutterly, Hidden Figures does a great job of maintaining an easy to follow story line and creating authentic dialogue and characters. The characters also have what seems like authentic conversations especially when it comes to race. The dialogue between the characters is very natural and the relationships are very believable.

Henson, Monae and Spencer anchor this movie with great, multidimensional characters, the breakout star being Monae who played the dynamic Mary Jackson. The women play the characters with a lot of emotion and are really able to get into the personalities of the women. All of the women not only play groundbreaking mathematicians, they also play wives and mothers, as well as friends in the middle of a fight for civil rights. Through their acting the real women whom they are based off of are seen in many different perspectives, the women each have their own personalities and those really shine through. The portrayals are seamless, especially Henson's, who as Johnson delivers a moving speech on how she has been constantly discriminated against. 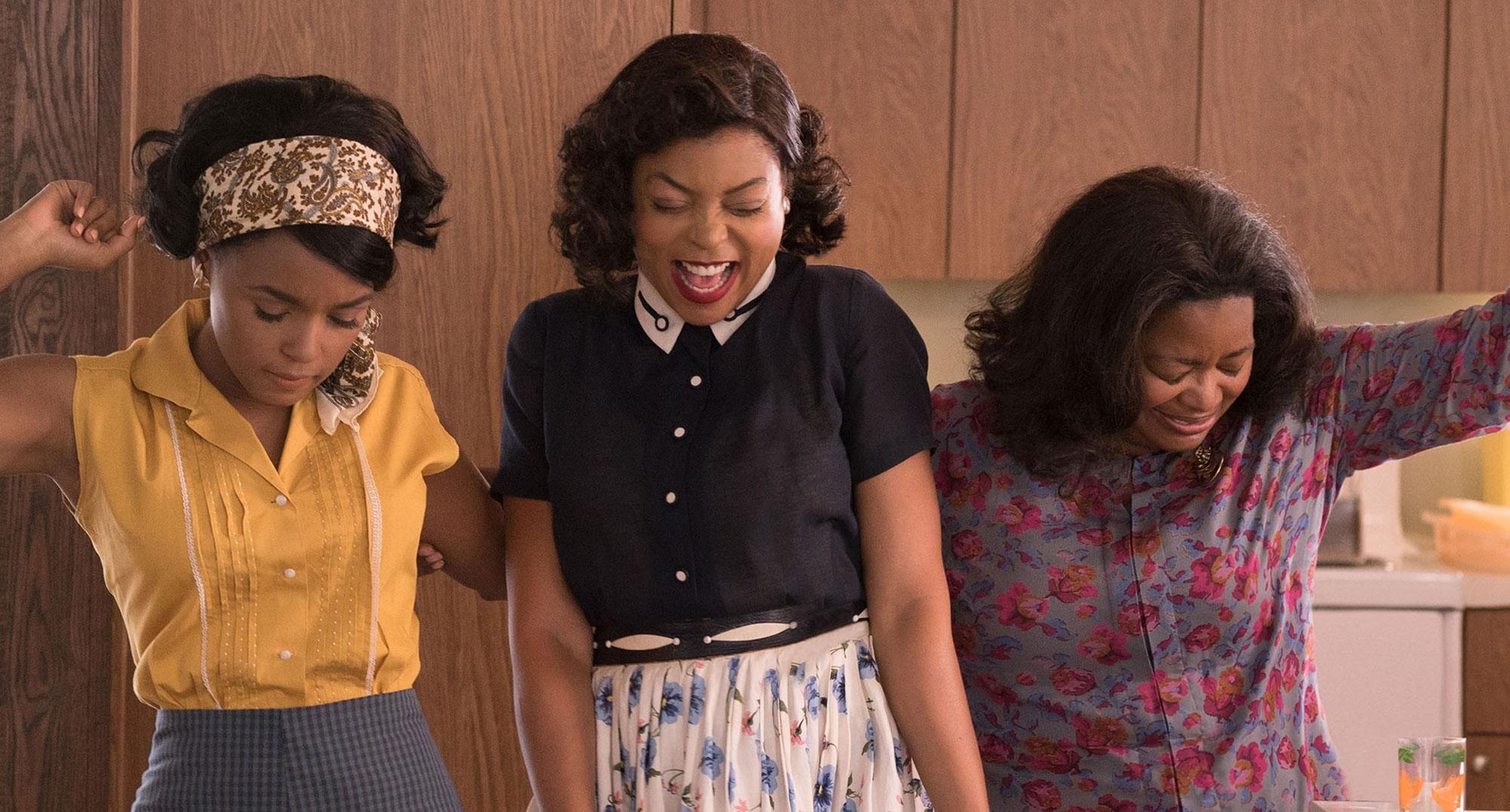 Hidden Figures is an inspiring tale that shows the strength of three women in the face of adversity. These women played such a pivotal role not in just getting a man to space but in advocating against segregation and discrimination. The movie is well done and the acting is phenomenal. Hidden Figures brings three amazing women to the spotlight, who should have never been hidden in the first place. The movie stands as a celebration of them and everything they were able to accomplish.