Monumental masterpiece to be put up outside SAC

Students in Material Sciences created a replica of the Washington Monument in early October of this year to be put in the Student Activity Center (SAC) courtyard, and will follow it up with a miniature Eiffel Tower. Last year, the class built a model of the Missouri Gateway Arch. 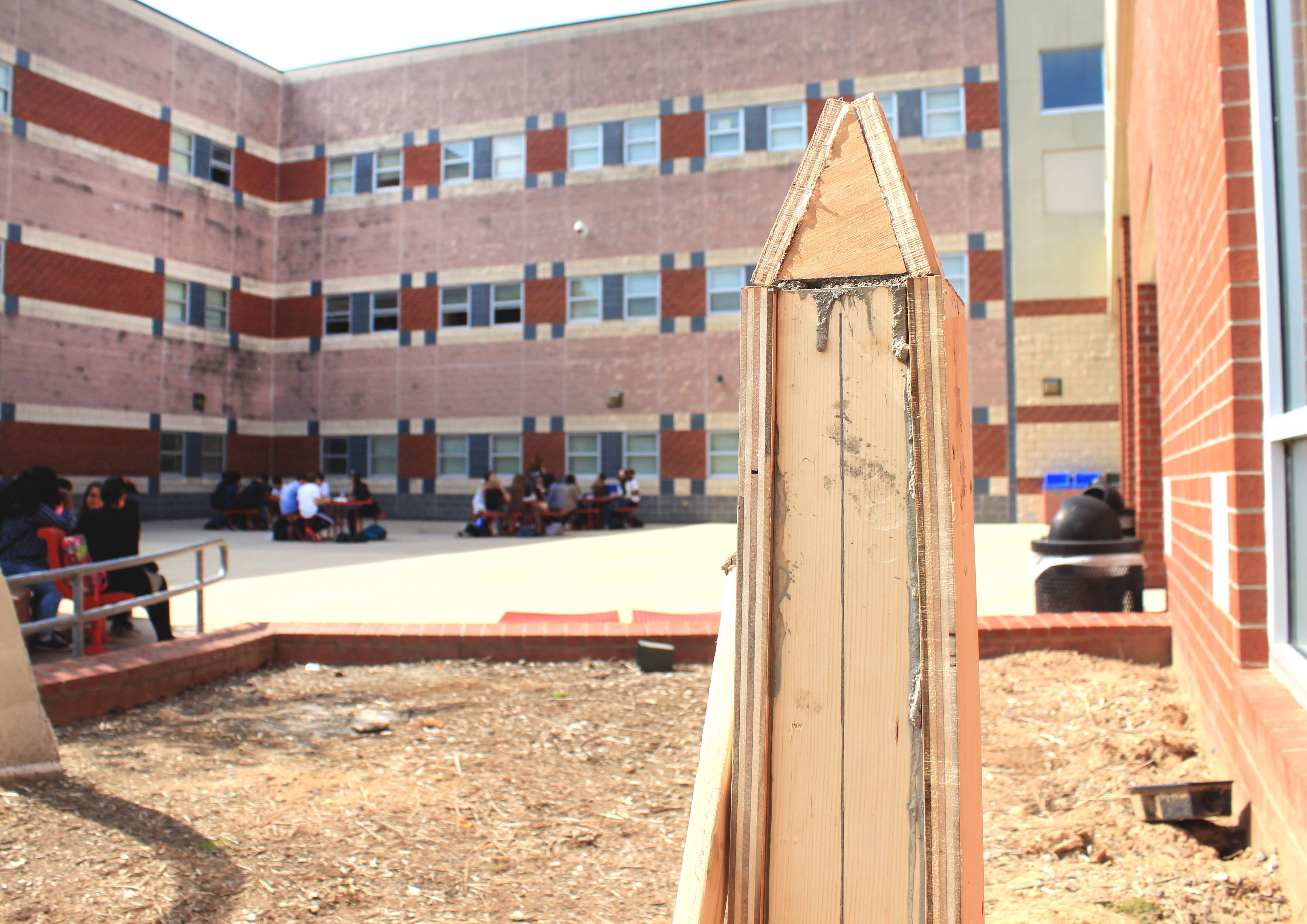 John Kaluta teaches the Material Sciences class in which students study the attributes of everything that is man-made including glass, ceramics, plastics, metals, and concrete. For several years, Material Sciences has experimented with concrete. In their initial experiments with the material, Material Sciences students first made a square of concrete emblazoned with the Blazer logo. The square is now a part of the sidewalk in front of the flagpole. The students soon wanted to expand their abilities, however. "We wanted to do something more challenging so we decided to start replicating monuments," Kaluta said.

The class has erected the Gateway Arch in the courtyard and placed the bare Washington Monument next to it last week. "I chose the SAC courtyard because it's unused. Nobody can actually grow plants there and instead of having an unappealing patch of dirt, I thought, 'Why not liven it up?'" Kaluta said.

The process used to make the monument is not very complicated. "We just make a mold, pour the concrete in the mold so it sets in the right shape and is supported by the steel that we put in the middle, and then we're going to put it out there [in the courtyard] and paint it," junior Material Sciences student Sherry Fan said. The models are steel-reinforced for structural stability and are 1:150 scale replicas.

Kaluta selected the Gateway Arch for the first replica because it had a hidden lesson. "I chose the Gateway Arch because it has an interesting mathematical aspect to it in that it is a catenary curve, but last year's students chose the Washington Monument for this semester," he said. The Material Sciences students last year chose the Washington Monument because of its cultural significance to and prominence in the United States.

The next monument the students will create is the Eiffel Tower which will also be a 1:150 scale replica. However, instead of being mostly concrete like the past two projects, this will be made out of solid steel. "The Eiffel Tower that we're making next is different and harder because instead of just making a mold and pouring concrete in, we have to use metal," Fan said.

As eye-catching features made for students by students, the Washington Monument has yet to be painted but stands in the garden next to Gateway Arch.