Blazers trying to catch a movie at the theater in Downtown Silver Spring will find that a change has been implemented: employees are now checking bags that moviegoers are bringing into the theater.

Regal Entertainment Group has 567 theaters consisting of 7,309 screens in 42 states and in Washington, D.C., American Samoa, and Guam. Regal's Admittance Procedures state, "To ensure the safety of our guests and employees, backpacks and bags of any kind are subject to inspection prior to admission." It adds that the system is not foolproof, saying, "We acknowledge that this procedure can cause some inconvenience, and that it is not without flaws - but hope these are minor in comparison to increased safety."

The policy was implemented in response to the two shootings earlier this summer. Taking those into account, there have been three movie theater shootings in three years compared to the 204 shootings total in 204 days in 2015. Since theater shootings are not extremely common but still need to be addressed, bag searches are a reasonable security measure.

Searches, however, may come as a surprise to many as Regal quietly changed its policies on its page without making much of a splash vocally. To some, this bag search may be interpreted as a dire invasion of privacy and may discourage viewers from choosing Regal cinemas. 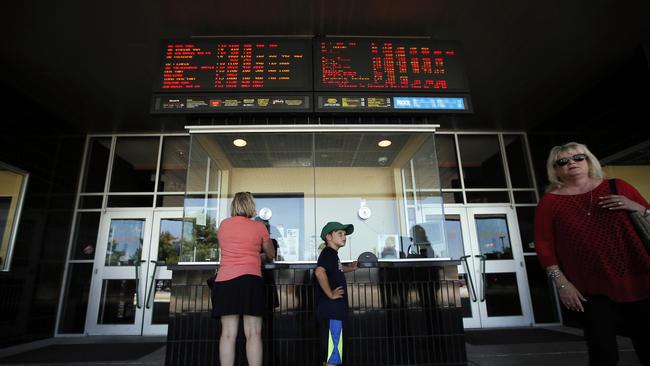 Photo: Bag searches are now expected at movie theaters all around the country.

Photo: Bag searches are now expected at movie theaters all around the country.

To others, the bag search is reasonable; junior Griffin Badalamente believes that the search should not be a drastic invasion of privacy. "As long as the bag searches are not too intrusive, I doubt there will be negative reactions," he said, "though it depends on if they take any food they see or go too far in the searches." Though the change in procedure was made with security in mind, it will not do much to promote safety across all theaters. In fact, it seems more useful in preventing movie attendees from bringing food bought outside of the theater into the theater. Moviegoers often sneak in food from outside instead of buying the overpriced goods theaters have to offer, the new policy will no doubt come as an annoyance to the unsuspecting smuggler.

As Regal Entertainment Group indicated, there are workarounds to this. Senior Eric Chen believes that there are still ways to smuggle anything into the theater. "I don't necessarily think this will do much because hiding a pistol or other weapon in some bulky clothing will allow someone to bring in a weapon easily," senior Eric Chen said. However, the more serious matter here is that this will not stop someone from bringing in weapons if that is their intent.

It should not be an exceedingly in-depth invasion of privacy and will provide a basic level of security to discourage shootings in theaters. Moviegoers may be upset over losing their ability to sneak in (large) candy and other treats but the added layer of security is a worthwhile trade-off.