Strong defending not enough to hold off Vikings

The Blazers (6-4) lost to the Whitman Vikings (6-0) 3-0 in a tough defensive game on Monday night playing without captains Kelly Mayo and Joelle Nwulu. Playing one of the best teams in the county, the Blazers held their own against the Vikings mentally and physically, but couldn't manage to pull off the win.

From the opening kickoff, Whitman dominated the possession and scored an early goal in the sixth minute. The Blazers settled down after that, however, and a solid back line held off Whitman's advances for the rest of the half. Though there were many clean runs and scoring opportunities, both defenses held steady and possession traded back and forth. The end of the half saw the two teams almost even, save Whitman's early goal. Neither team could piece together many attacking chances with both teams only conceding one corner kick each and Whitman with just two shots on goal.

Offensively, the Blazers were not seen in the Vikings side much. "We played really well, but we just need to take more shots on goal," said freshman forward Maddie Merrill.

Whitman kicked off the half pressing the Blazers defense and scored a quick goal in the 53rd minute. Despite going down 2-0, the Blazers did not let up and ramped up the intensity with more counterattacks. The Whitman defense stayed strong to the Blazer pressure, allowing only one shot on goal. The Vikings did not let up either and picked up one more goal off of a corner in the 77th minute to make the score 3-0. 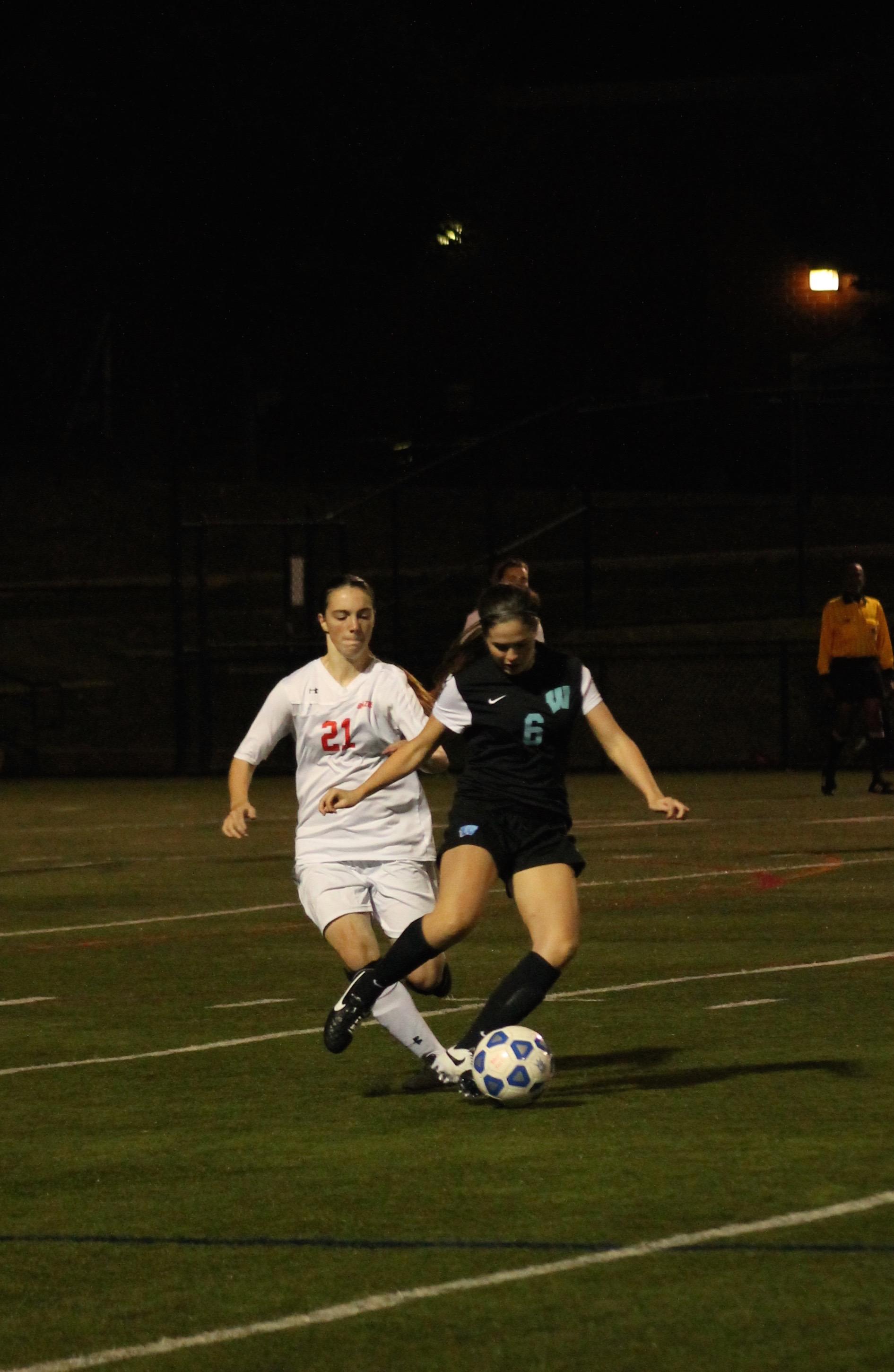 Senior captain Camille Franks had nothing but positive words for their performance. "I think we played incredible, phenomenal. Just put all the amazing adjectives out there because we played really well," she said. Merrill echoed her sentiment. "We went out and just had a really great game," she said.

Franks also praised the mental and physical endurance of the Blazers. "We kept a positive mentality the whole time and when they scored, nobody's head was down, everybody was ready to keep playing," she said. At the beginning of the season, she believed that fitness was a key component that the Blazers needed to work on, but Franks was more than pleased with their most recent performance. "Our endurance kicked through at the end and we just played together as a team. It was awesome," she said.

The Blazers are going into their last few games and hope to close out the season strong.