The Blazers (6-7) lost to the Sherwood Warriors (9-1) 3-1 on Senior Night. Sherwood got off to a quick start with two goals in the first half to Blair's one. The Blazers had trouble getting to the ball and were constantly on the defensive.

In the fifth minute of the game, Sherwood scored off a long shot from 30 yards out into the top right corner. After the first goal, the Blazers settled down and created a couple chances to score. Junior midfielder Joelle Nwulu found the back of the net after sophomore forward Nina Jeffries' shot was deflected by the Sherwood goalkeeper.

However, Sherwood responded quickly to the Blazer push when a forward made her way into the box unmarked to score in the 21st minute. From then on until the end of the first half, possession changed back and forth with no team creating clear scoring opportunities. 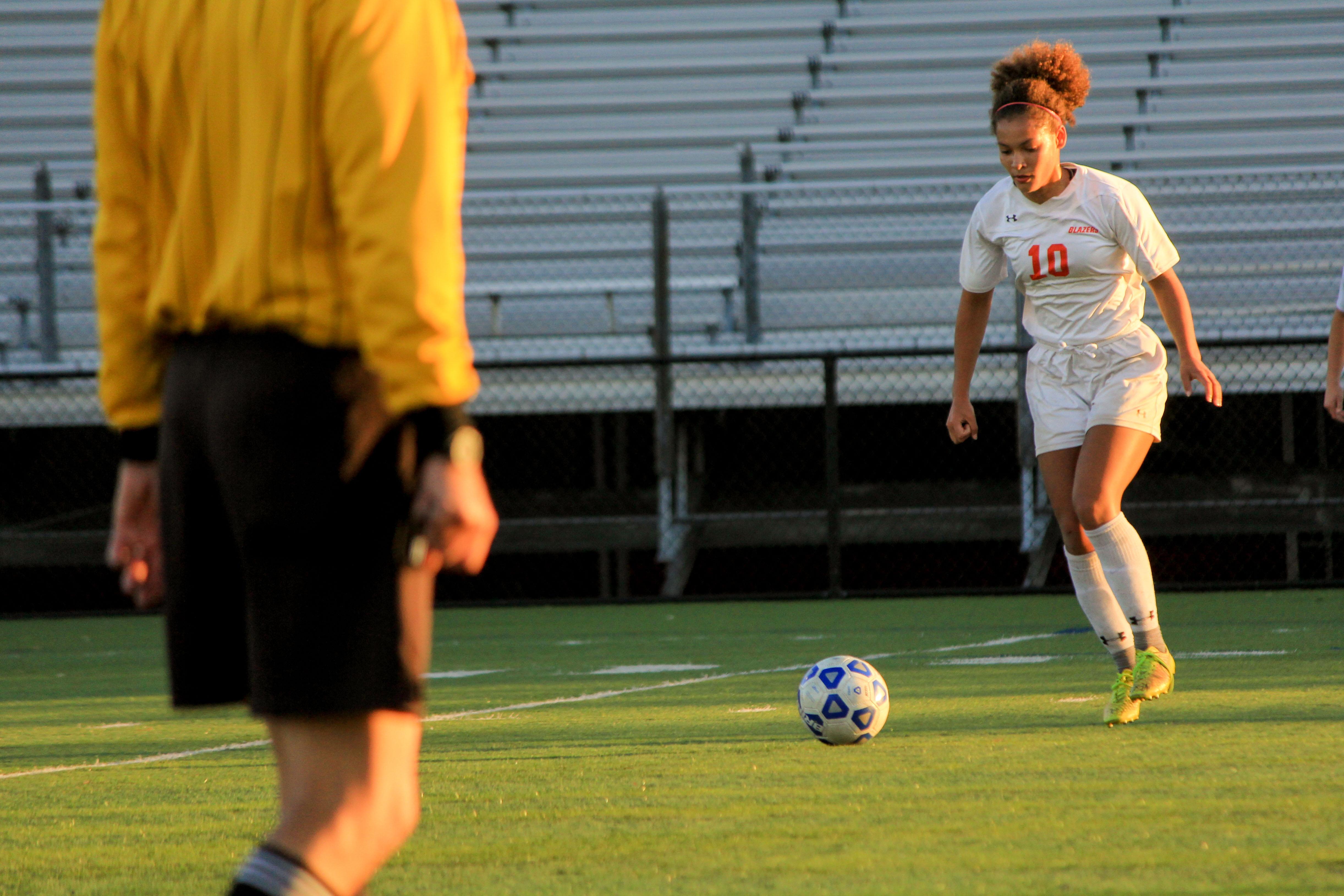 The Blazers let the Warriors get to the ball before them and were out-possessed consistently throughout the first half. "We definitely should have been stepping to those balls," freshman midfielder Sneha Ohja said. "We also had a bunch of lazy tackles."

In the second half, the Blazers started out strong when freshman Maddie Merrill created an opportunity on a breakaway that was eventually saved by the Sherwood goalie. Despite that, the play stayed mainly in Blair's side of the field for the first 20 minutes of the second half but they were kept from scoring by strong play from the midfielders and key saves by senior goalie Madeline Burke. The last goal of the night came off a Sherwood corner in the 67th minute.

"We need to relax. Even when it gets crazy, we just need to calm down," Nwulu said. The Blazers are heading into the playoffs and have the same things to work on as they did in the beginning of the season. "We're getting better, but we still have to work on communicating. This has been a problem all season and we still need to work on it," Nwulu said.

The team is hopeful going into the playoffs, regardless of their regular season record. "We're going to do well," she said. "To start, we have to win our first game. That's a given. And when we see Sherwood again, and we will, we have to beat them too," Nwulu said.