On June 26, a divided Supreme Court ruled in a five-to-four decision that same-sex couples nationwide have the Constitutional right to marry. Until the decision, same-sex couples were barred from marriage in fourteen states.

In his writing of the Court's decision, Justice Anthony M. Kennedy ruled that the right for couples of the same sex to marry is implied in the Constitution. "It would misunderstand these men and women to say they disrespect the idea of marriage. Their plea is that they do respect it... Their hope is not to be condemned to live in loneliness, excluded from one of civilization's oldest institutions," he wrote. "The Constitution grants them that right." 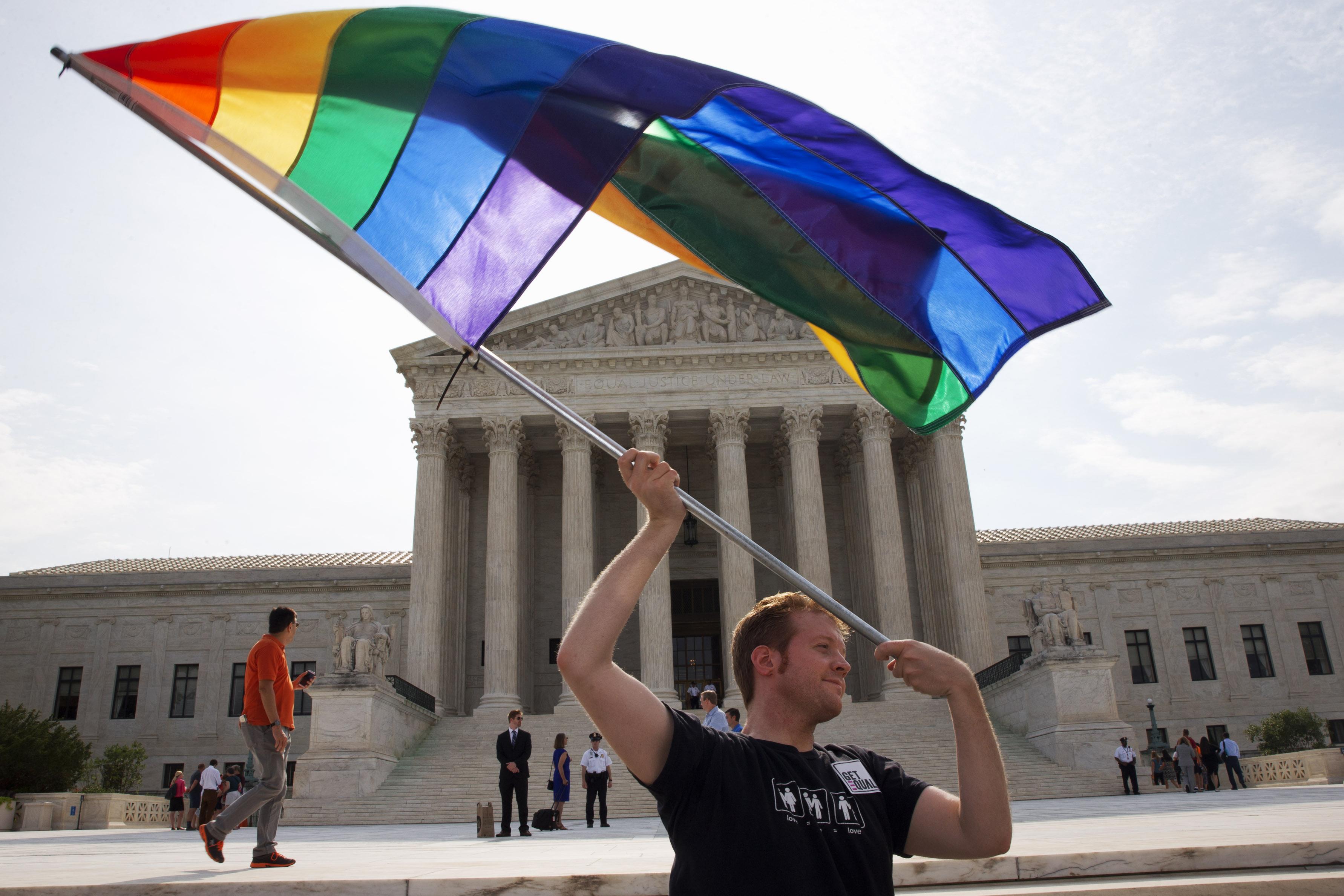 Photo: A supporter waves a rainbow-colored flag on the steps of the Supreme Court.

Photo: A supporter waves a rainbow-colored flag on the steps of the Supreme Court. Photo courtesy of San Francisco Chronicle.

Many Blazers expressed support for this outcome. Rising junior Sankara Olama-Yai hails the decision and believes it will usher in a brighter future for our country. "As an LGBT - and minority - student, I feel as though our country is finally taking steps towards equality and to end discrimination," he said. "The Supreme Court ruling shows tolerance and acceptance which is a necessary environment for our country. This ruling will help direct us to a better tomorrow."

Rising junior Daniel Jacobson also believes that the decision will lead to a better future for the LGBT community in the United States. "I am happy that LGBT students and people can now think about marriage instead of only being able to imagine it. I think that as a result of this, more people will be comfortable in being openly homosexual and the LGBT community will generally be more accepted," he said.

President Barack Obama praised the decision. "This ruling is a victory for America... when all Americans are truly treated as equal, we are more free," he said.