In a tough game, the Blazers (4-2) lost to the Churchill Bulldogs (3-1) by a score of 6-0. From the beginning, Churchill was dominant, scoring four goals in 20 minutes. After a slow start, the Blazers made the Bulldogs fight for every possession with a steady back line and quick counterattacks.

Thirty seconds into the half, the Bulldogs snuck their way into the top of the goalie box to bang in a shot to the top left corner, setting the pace for the rest of the half. Their next goal came off of a deflected shot that flew just over interim goalkeeper Mia Bristol's fingertips. The following two goals came the same way as the first one, strong, quick passes led to chances at the top of the box. 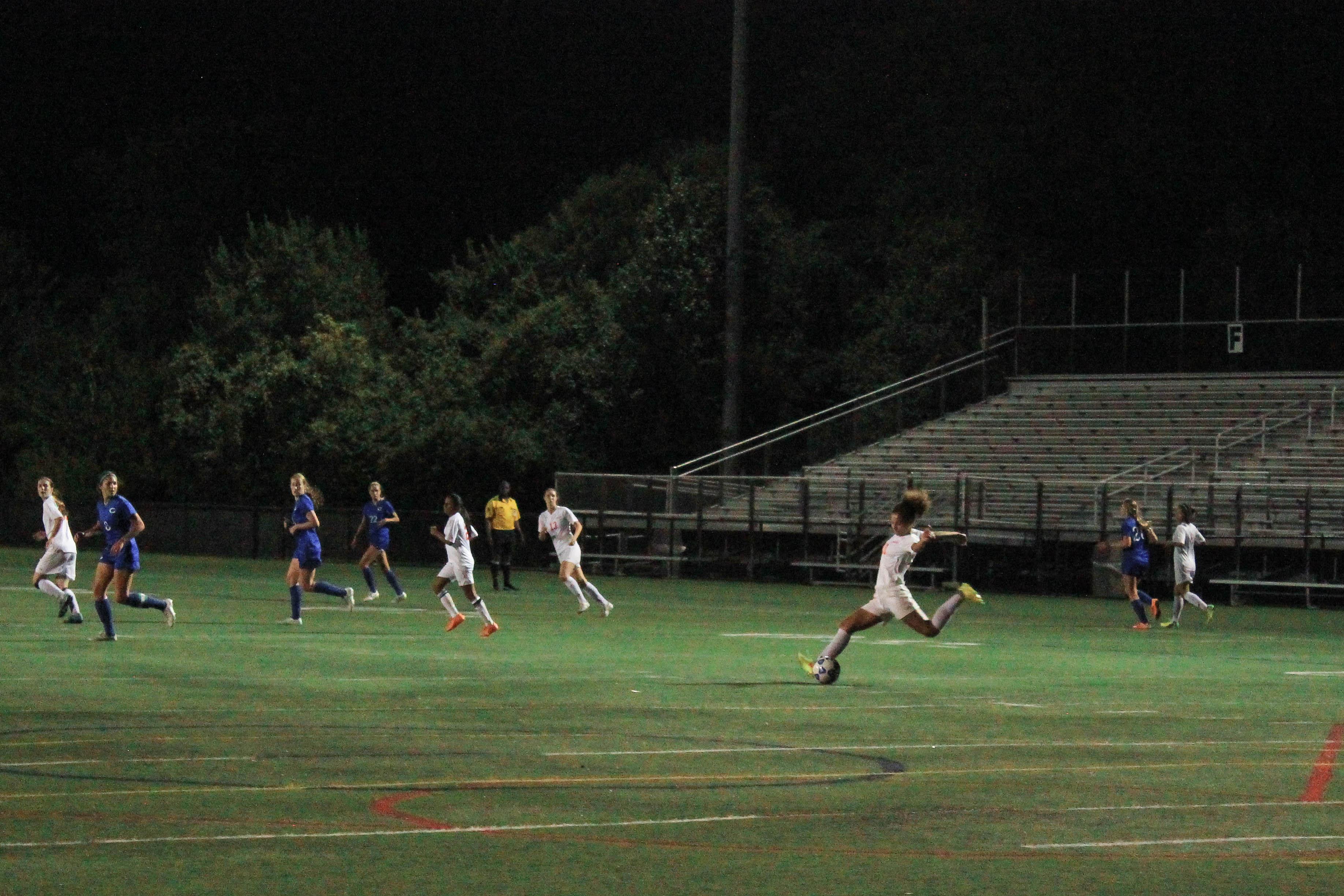 The first half saw Churchill controlling the possession and keeping the ball inside the Blazers' half. There were opportunities for counterattacks, but the Bulldogs' midfield snuffed them out before they had a chance to develop. By the end of the first half, Churchill had four corner kicks and eight shots on goal while the Blazers had none of either.

The Blazers kicked off the second half with two shots on goal, both saved by the goalkeeper. After dispossessing the Bulldogs, forward Nina Jeffries streaked down the field but had her shot deflected by the goalkeeper in the direction of forward Kelly Mayo who also had her shot on goal pushed out by the keeper. This sparked the Blazers' offense, who spent much more time in the Bulldogs' half than they did in the first half. In the end, their efforts were not enough to come back from the deficit.

Jeffries believes the team needs to communicate more. "This was not a great game for us. I think we should have talked more and been a little more aggressive," she said.

Captain Camille Franks added that they also need to work on their fitness. "Churchill did a really good job with the combination plays, dragging us in and then tricking us so we need to work on our fitness in order to best defend against that," she said.

Bristol played her first game as goalkeeper after starting goalie Madeline Burke injured her ankle and saw the game as more of a mental battle. "It was definitely more of a mental game. Playing keeper for the first time, it was really scary and just was a mental struggle." Coach Robert Gibb echoed her sentiments. "Previous to this game, we faced a string of weaker opponents and we just weren't ready to play. More than any specific 'soccer' thing to work on, we just have to come into the game mentally prepared," he said.

The injuries haven't helped the team either. "We had seven people unavailable to play for various reasons, and the people that can play need to be ready to do so," Gibb said. Going forward, the Blazers face a string of tougher opponents in B-CC, Whitman, and Walter Johnson, and they must be ready to play, according to Gibb.