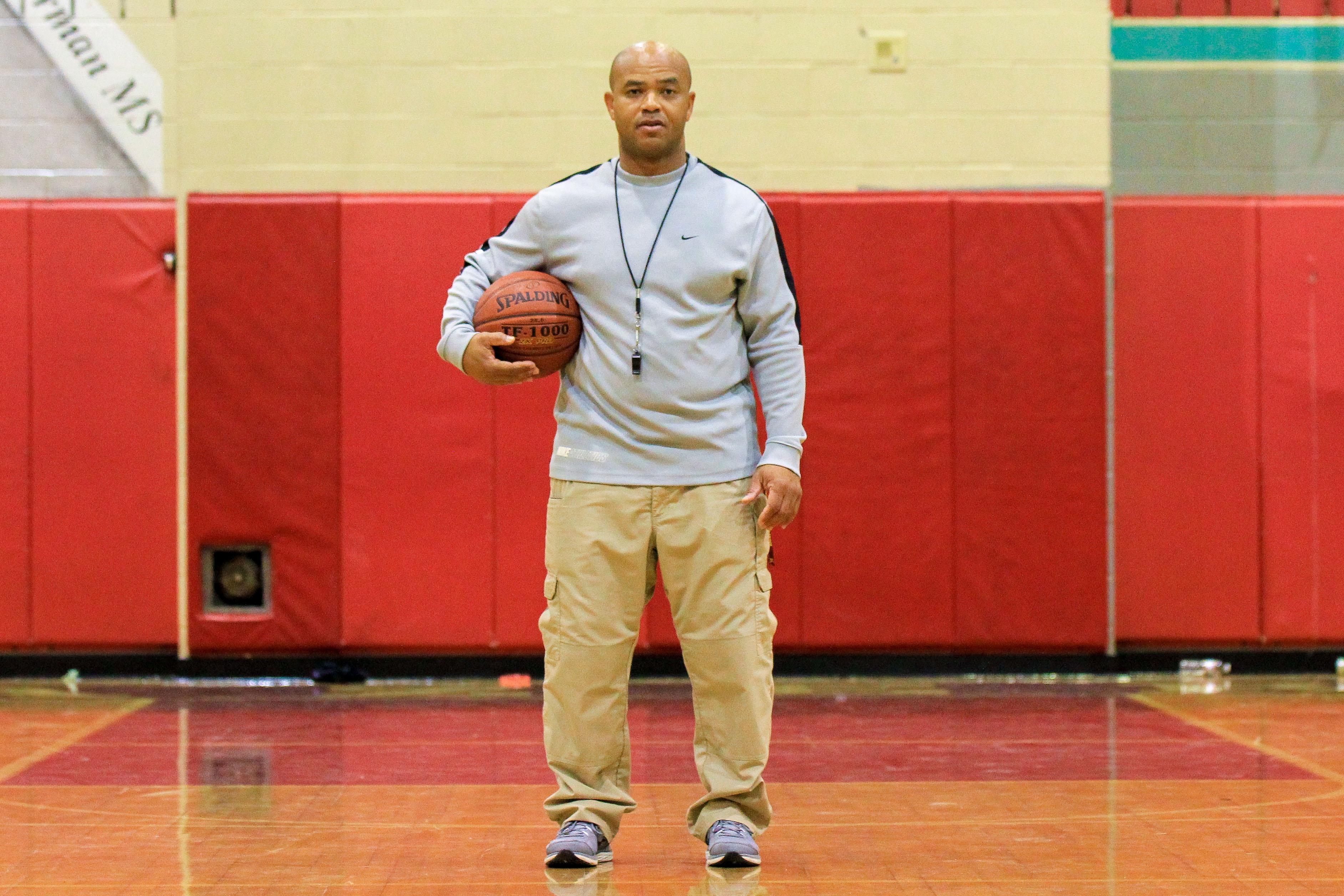 The Athletics Department started the search in mid-September and came to a decision the third week of October. Initially, the position was made available to Blair staff only but was eventually broadened to other high schools. Seven people were interviewed before the Athletics Department decided to select Smith.

Smith was interested in coaching at Blair because of its size and notable athletics program. "It's one of the largest schools on the East Coast and has not only great facilities and great academics but also great support from staff, boosters and the student body," he said.

Smith has an extensive coaching history at different schools. "He's coached girls' varsity basketball for seven or eight years and boys for another eight years between Kennedy, Sandy Spring, and Good Counsel," Athletic Director Rita Boule said. "He also has 14 years of coaching track and 10 or more years of coaching football." Boule recommended him for the position since she had coached with him for four years at Kennedy High School.

Sophomore power forward Nora Olagbaju has high hopes for Smith. "I've talked to [Smith] and he has a lot of experience so I'm really looking forward to playing with him," she said.

Smith expects that the team will be ready to work and willing to get better. "My expectations are simple. Give yourself and your team the best chance to win by giving your all every day," Smith said. He expects the seniors to take more of a leadership role and for the younger members of the team to follow their lead and mature in the process. He also hopes that each individual will focus on getting better to contribute to a better overall team..

Junior guard Allison Mackenzie is ready to embrace a bigger role on the team under the new coach. "As you become a junior, coaches have more expectations for you. With a new coach, it's a great opportunity to prove ourselves on and off the court," she said. Mackenzie is not worried about how the team will adjust to Smith and his coaching style. "Any time you have a new coach there's always an adjustment period to the coach's philosophy but I think we will adapt pretty quickly," she said.

As for his coaching style, Smith and his assistant coaches plan to structure it around the way the team plays. "Our mindset as coaches will be to learn our players and get them in the best situations to be successful," he said.

From what he's seen so far, Smith expects the team to perform extremely well. "I expect the team to compete, win the division title, and try our best to get a top four seed in the state playoffs," he said.