On June 16, from his Trump Tower in New York City, Donald Trump announced his bid for the United States Presidency. In the speech that he delivered, he discussed how he would tackle some of the biggest problems the United States faces such as immigration reform.

How Trump intends to win the Latino vote is not very clear given his stance on immigration, as his racist views extend past the Mexican community to the larger Latino one. "It's coming from more than Mexico," he said. "It's coming from all over South and Latin America." 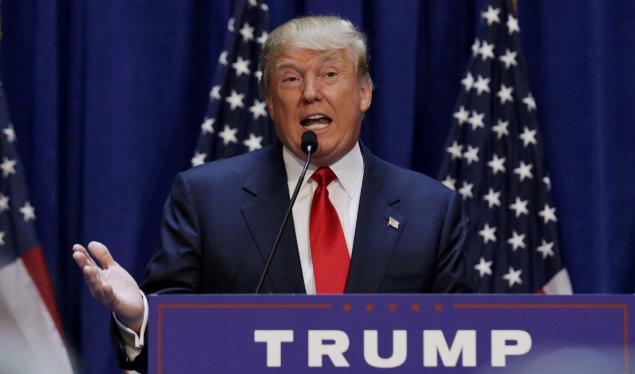 Photo: Donald Trump announces that he will be running for President of the United States

Photo: Donald Trump announces that he will be running for President of the United States

Slamming immigrants from Latin America does not seem like a wise decision for a presidential candidate who needs the support of as many people as possible. With 11 percent of all eligible voters during the midterm elections being Latino, Trump's route of inconsiderate speech will not aid him in gaining the support that he needs. On the contrary, he will most probably lose the support of a large demographic group.

Trump's campaign strategy seems to be focused on an entirely different demographic group; he preys on the fears of many conservative and xenophobic Americans who see immigration as a threat. He is attempting to rally those who think of immigration as swarms of people crowding the border of our country and forcing their ways in.

This is not just bad campaign strategy – it's outright appalling. His claims go against many of the values of the United States. Racial bias was part of the most charged chapters in America's history and Trump seeks to bring that up again by generalizing Mexican-Americans.

Trump believes that the best way to address this is to improve border security. "I will build a great, great wall on our southern border," he said in his speech announcing his campaign bid, "and I will have Mexico pay for that wall." His view that immigration by Latinos has a detrimental effect on the country will not paint him in a positive light come the election. He will not gain the support he needs due to his views and his blunt and overly forthright phrasing of his views.

However, Trump is confident that his words will have no effect on Latino voters. "I have a great relationship with the Mexican people," he told NBC News. "I have many people working for me...and many of them come from Mexico." For Latino voters to disregard everything he said and vote for him, Trump will have to hope that his remarks fell on deaf ears.