The Blazers (7-7-1) beat the Einstein Titans (3-8-1) 3-1 through good team play and quick counterattacks. The victory sent the Blazers into the next round of the playoffs to face Sherwood.

From the beginning, the Blazers pressed the Titans defense with four shots in the first 11 minutes. Blair tested the Einstein back line with through balls, many of which were called back for offside. The threats still managed to put a lot of pressure on Einstein's backline. Blair's attack finally put a chance in the back of the net in the 11th minute, as freshman midfielder Sneha Ohja broke the deadlock with a shot that slipped by Einstein's goalie into the lower left corner.

According to junior midfielder Izzy Lott, the Blazers were having trouble scoring goals in the games leading up to the clash with the Titans. "We finally scored, which was really good because we haven't scored much," said Lott. The lead was short lived, however as an Einstein forward found her way into the box unmarked to score in the 27th minute to even the score at one each.

The Blazers played the second half the same way - with lots of through passes that led to breakaways. Sophomore forward Nina Jeffries led the attack with an assist to freshman forward Maddie Merrill for the score in the 54th minute and scored in the 74th minute to make the score 3-1. The second half saw Blair dominating possession and the Blazer midfield stopping attacks before they reached deep into Blair territory. 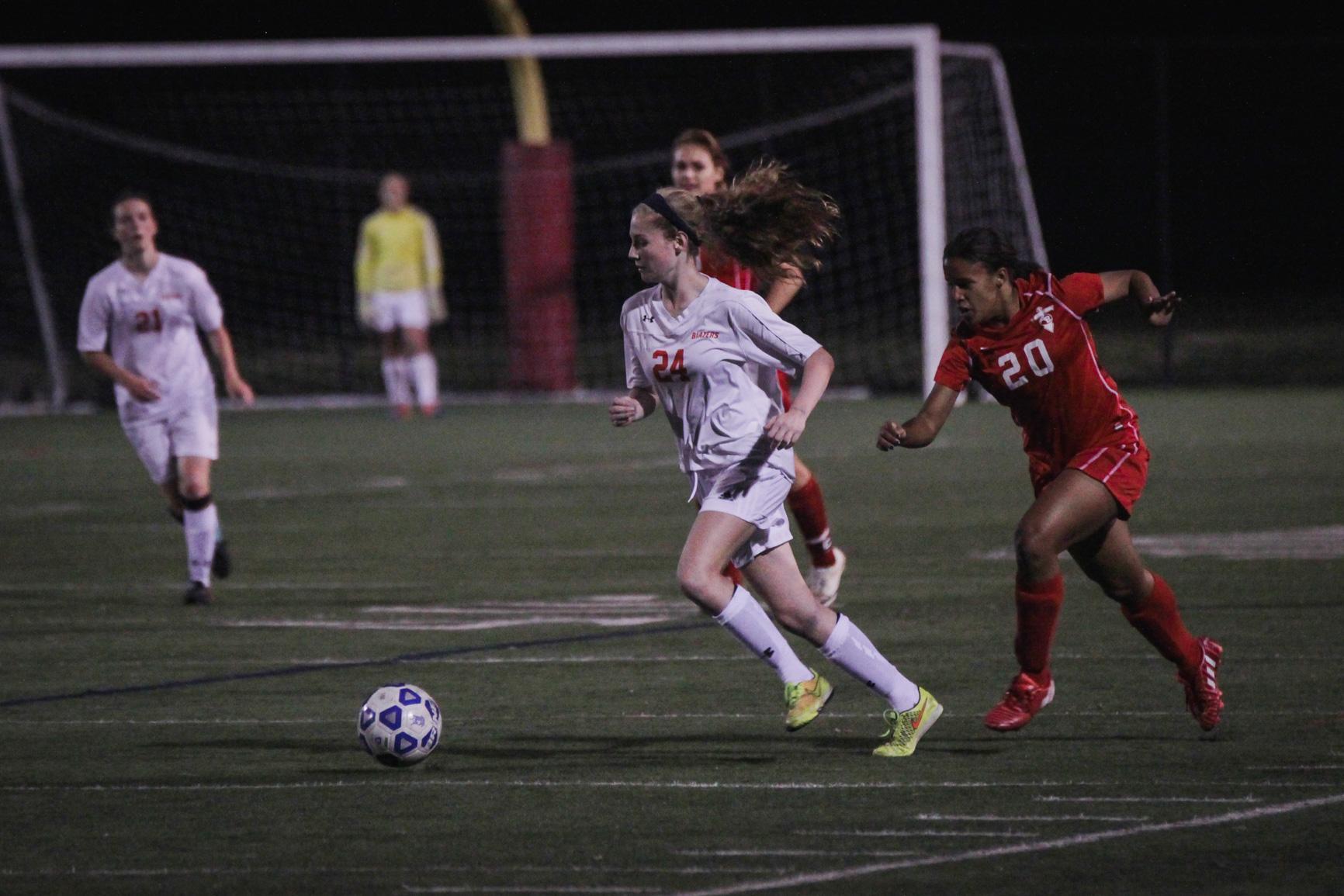 Throughout the whole game, the Blazers played with more strength and effort than the Titans, stepping to the ball first and running hard. Though many of their attacks were stopped by offside calls, the Blazers did not let up and kept sending forwards Merrill and Jeffries on runs deep into Einstein territory.

According to senior midfielder Amanda Feinberg, the team did not make the mistake of underestimating the Titans. "We did a good job taking them seriously. We played like they were B-CC or one of the other really strong teams," said Feinberg. The Blazers also did a good job of playing as a team, something they have had to work on all season, Feinberg said. "We played as a unit so we were passing and really working together," she said.

Feinberg believes that though they played well the Blazers need to work on not slowing down and getting comfortable. "We need play a full game of soccer because sometimes we'll lose focus and make mistakes I think we just need to consistently play hard the whole time and come out there ready to win," Feinberg said.

According to Lott the Blazers did well to come out strong against the Titans and to keep up that intensity the whole game. "We stayed pumped the whole game which was key," Lott said.