This futuristic thriller is dark, dynamic, and deadly

"Ex Machina" brings a fresh perspective to the well-beaten idea of a futuristic cyborg takeover. Screenwriter and director Alex Garland weaves together philosophy, science and suspense to create an convincing plotline that leaves you shaken. With his debut sci-fi thriller, Garland questions fundamental aspects of human existence and blurs even the most bold lines separating us from our creations.

"Ex Machina" follows a programmer from a search engine company, Caleb Smith (Domhnall Gleeson), who is chosen by lottery to visit the secluded house of the company's CEO, Nathan Bateman (Oscar Isaac). Caleb is to perform a week-long Turing test on Nathan's android, Ava (Alicia Vikander). Ava, however, is more realistic than Caleb could've imagined. She talks perfectly, responding with misdirection and humor and even showing off her well-developed sexuality. Things take an ominous turn when Ava shuts down the power, disabling Nathan's ability to observe the sessions, and tells Caleb that Nathan is not to be trusted. Ava also begins to manipulate Caleb, causing him to wonder if he should break Ava and the other androids out of his boss' house. 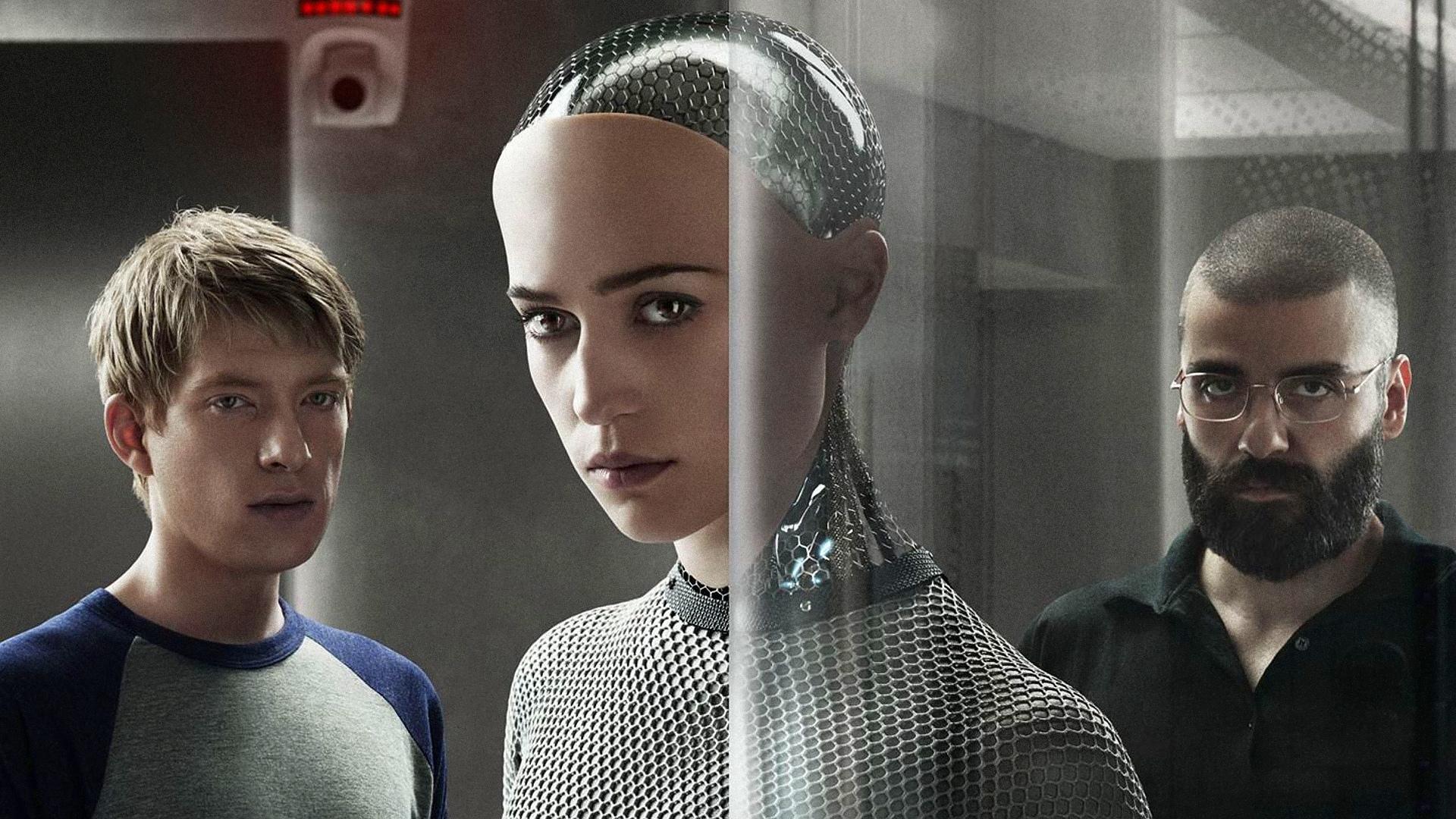 Photo: Ava is not a fantasy; she is a sinister being that may soon walk alongside us.

Photo: Ava is not a fantasy; she is a sinister being that may soon walk alongside us. Photo courtesy of Horror News.

"Ex Machina" is realistic, which makes it scary. Garland combines the sci-fi feel with a modern-day setting - the movie was filmed in a real hotel in Norway - that enhances the threatening realism of the humanoids. The best science fiction films are the ones that depict foreseeable futures, and "Ex Machina" hits the jackpot. Ava is not a fantasy; she is a sinister being that may soon walk alongside us, with a consciousness and a capability to manipulate that is more advanced than the most evil of the human race.

Yet what stands out about "Ex Machina" is not its futuristic appeal, but its complexity. Ava does not fit in the mold of a 'protagonist' or an 'antagonist'; rather, she is a complex figure who befriends Caleb but tricks him, who is Nathan's creation but hates him, who is smarter than humanity but whose ultimate goal is to fit in with humans. However, the best of "Ex Machina" is this: as human and robot blend into one, we have the satisfaction of knowing that we are in the same boat as Caleb, confused and riveted. We are not watching Caleb; we become Caleb.

The cast of beyond-talented actors does justice to this remarkable film. Gleeson wholly delves into his nerdy and compassionate character, hitting the technical computer science-y talk with ease and delivering his one-liners with spontaneity. Isaac perfectly plays the role of the alcoholic yet brilliant CEO. And what better way to portray a seductive humanoid than with talented actress Alicia Vikander? She flawlessly delivers her ominous responses to Caleb's questions, striking the balance between speaking robotically and speaking with a human consciousness.

This movie intelligently incorporates philosophy to investigate our most basic ethics. It first discusses the Turing Test, invented by computer programmer Alan Turing, which determines a machine's ability to exhibit intelligent behavior equivalent to that of a human. Although the test is meant to determine whether the machine can be considered to possess human intelligence, "Ex Machina" twists the test to indicate that we will create robots to have intelligence superior to ours. Ava is able to manipulate Caleb into helping her escape by convincing him that she is interested in him romantically and that she expresses true feelings towards him. Caleb's sanity is heavily marred by Ava's influence, and at one point he cuts his arm to regain some grasp on reality.

Indeed, the movie probes basic truths of our existence: that living is in flesh and blood, and that cognitive minds are unique to our species. If technology, our own creation, can be used to make sentient beings both similar and far more efficient than us, how will we be able to define what it means to be alive? Will we continue to be in control of our creations? The end of the movie serves as a warning: the human race must be careful with its endeavors in artificial intelligence lest it create a more potent, yet uncontrollable species.