Warning: This review contains spoilers for "The Fault in Our Stars."

In Boone's interpretation, the story is told as a flashback: it begins with Hazel lying on a lawn at night and gazing at a starry sky. Hazel's narrations of her experiences are drawn verbatim from the book. At the end of the movie, the scene returns to Hazel lying on the grass once again, this time after Gus's funeral. Boone's decision to portray the story as a flashback adds to the storyline and helps provide viewers with closure.

The moment in the movie that sends a chorus of sniffles echoing through the theatre is when Gus reveals his secret to Hazel: he has stage IV cancer. Even those who have read the novel and have been bracing themselves for this exact moment feel the ache in their chest as this scene unravels. The theatre is full of intermittent sobbing from this point on until the end of the movie, when Augustus finally passes away.

Crafted by Scott Neustader and Michael H. Weber, the script takes an easygoing approach to the movie, including phrases from the novel that are the quintessential embodiment of Green's prose. It is this faithfulness to the novel that makes it stand out; movie critics may argue that a movie does not need to be bound by the plotline of the book to be successful, but in this case, it is nothing but advantageous to the quality of the movie. Boone goes as far as to add endearing special effects such as the small blue textboxes appearing on the screen that show Hazel and Gus's texts to each other, copied word-for-word from the novel. 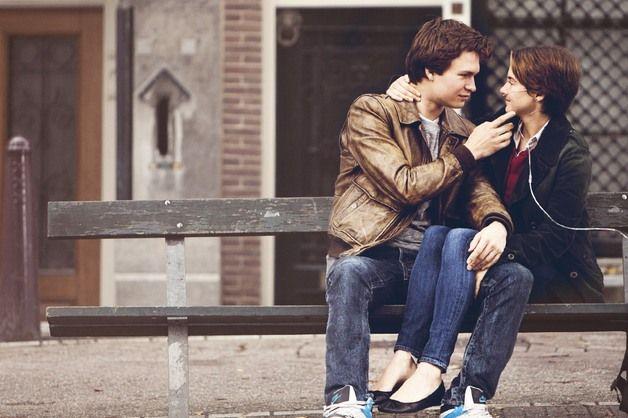 Yes, it may cost you a box of Kleenex. Yes, you may arrive home in a daze, curl up in bed with your copy of the novel and re-read every word, this time imagining Woodley and Elgort as your Hazel and Gus. And, yes, your heart may be broken many times over by the end of this ordeal. But I can firmly assert that it will be a privilege to have your heart broken by Mr. John Green's story.

"The Fault in Our Stars" is rated PG-13 for thematic elements, some sexuality and brief strong language and is now playing in theaters everywhere.