Boys' volleyball is defeated by BCC

The Blair boy's volleyball team had their senior night game against the BCC Barons and fell to their strong opponents, going down by the score of 25-14, 25-15, 25-21.

The Blazers faced a formidable opponent in the Barons, yet started the first set with great teamwork. However, the boys soon lost their organization and showed some early nerves later in the set, missing some critical points. The Barons showed impressive teamwork and were very consistent in their shots. After some incredible plays and some great serving by Blair captain Albert Wang, the Blazers lost the set to the Barons.

The second set began in similar fashion to the first. Blair squandered a lead to the Barons, who then surged forward with a new momentum. Some solid plays by BCC followed; they possessed a intimidating weapon in their captain's strong hits. The Barons gained a 8 point lead over the Blazers and captured the second set. 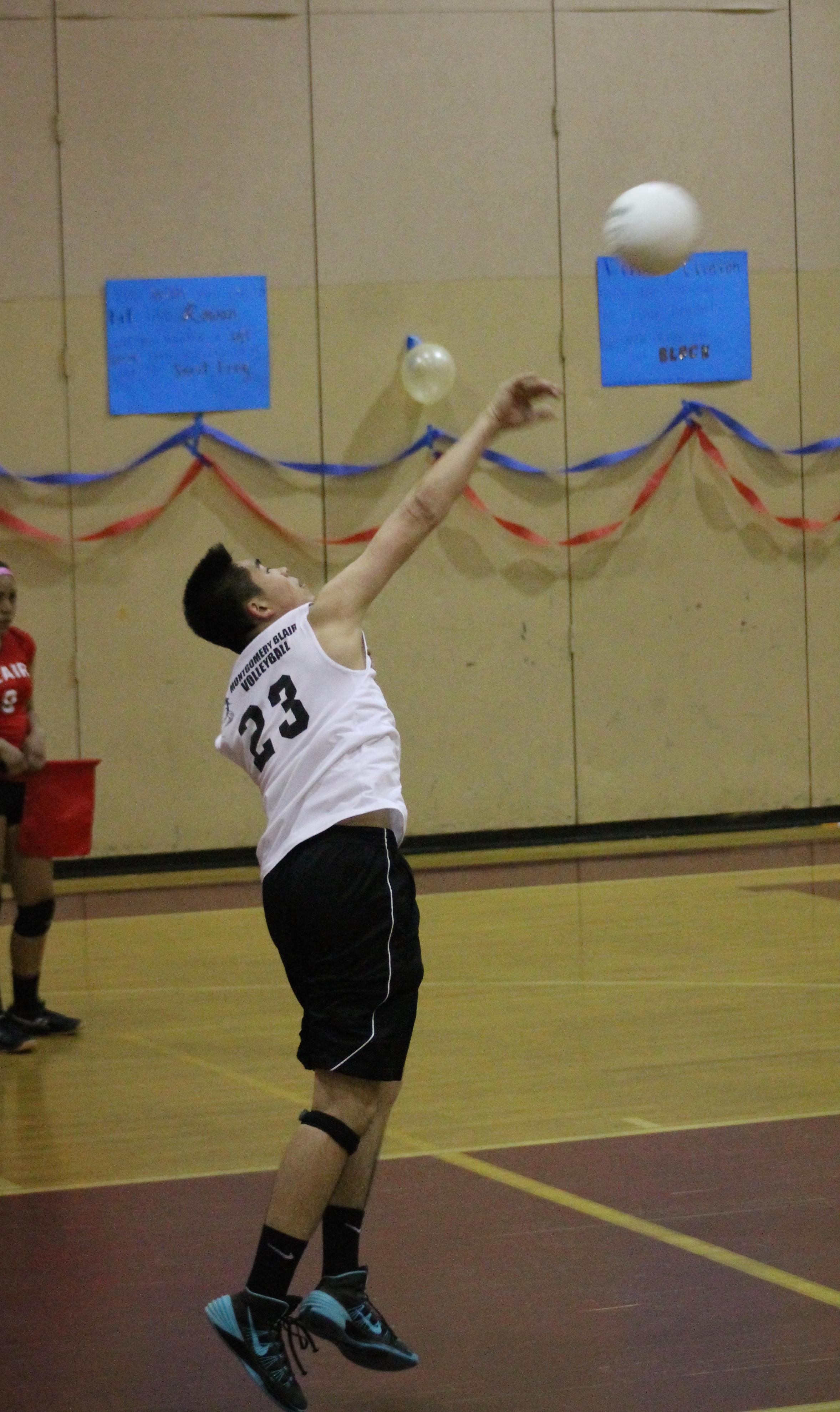 Photo: Senior Dennis Yang serves the ball in the loss to BCC.

The last set faced a renewal of morale in the Blazers. They kept up with the Barons until the first timeout, at which the Barons led 19-22. However, with the end in sight, BCC showed a burst of effort late in the set to capture the win.

Coach Liang stated that he was proud of his players. "They have APs to study for and schoolwork to do, so it means a lot that they're coming out every day with effort," Liang stated.

Junior Ram Sreenivasan felt that the game was a ton of fun. "t was really good to have everyone playing really well after a slump and not being so stressed out," Sreenivasan stated. "If we landed serves and played better on defense we would have been fine."