Behind the BNC makeover

Luc Picone, the current co-executive, arrived at the end of last year to find that BNC needed a way to get its ideas off the ground. "[They had] a lot of ideas, but nothing concrete," Picone recounted. Picone sat down with Mayo and tried to see which ideas could develop more student interest in InfoFlow again. It was a slow process, but a confluence of factors gave BNC's makeover momentum. "The course was driven by the fact that there was a need for it to be started again and the right people came together at the right time," Picone stated. "Karuna, Mr. Mayo, and I organized and got the word out and built more ideas through a communal process." 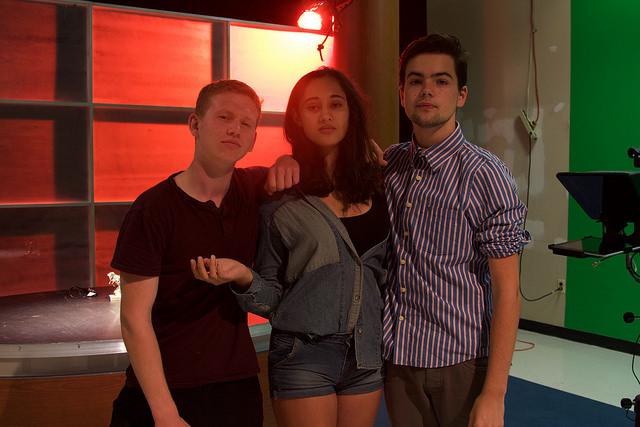 Photo: The new leaders of BNC have made a number of changes to the program.

Photo: The new leaders of BNC have made a number of changes to the program.

Karuna Nandkumar, the other co-executive, walked into BNC with the intent of creating and proliferating solid ideas. "Before we actually started school, Luc, Trunk, Remzi, and I came in and wrote ideas on the board and sent out letters and contacted people to create a network of connections so that when we came in on the first day we knew we wanted to do," she said.

BNC's technical director, Nicholas Fechner-Mills, also played a critical role in remolding BNC. According to Picone, Fechner-Mills "single-handedly redesigned the entire studio." When it was clear that BNC did not have enough of a budget to buy new equipment and technical resources, Fechner-Mills stepped in and cleaned, restored and recreated the entire BNC studio. 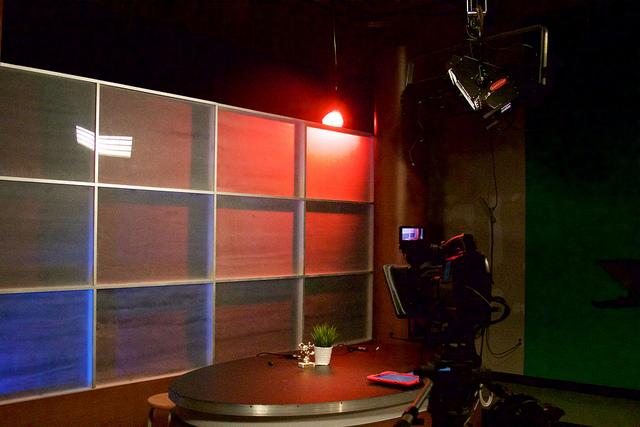 Photo: The new BNC studio was built over the summer.

Photo: The new BNC studio was built over the summer.

BNC films a show each day for InfoFlow. Nandkumar, who directs the show live, explained that the new BNC is really centered on student expression. "Building a social media presence and building a platform that is for student expression is what BNC is about," Nandkumar stated.

As for long-term goals, BNC's co-executives want to build a community through film. "In the past decade, BNC has been a completely student-based independent group that has gained a lot of respect as a radio show," Picone said. "It's also a TV show that was just for Blair announcements. We're trying to learn and build from both of those aspects to create a student platform that's designed to completely represent and perform for both students and faculty."

BNC is working on new initiatives such a SilverStream, which showcases student talent and adds a personal and compelling angle to InfoFlow.