Blair's varsity volleyball team (4-3) fell to the undefeated Wheaton Knights in a close 4 set match with scores 25-15 24-26 25-19 25-14. Despite losing the game, the Blazers kept the score very close and played their hearts out with critical plays from both Ram Sreenivasan and Jeremy Du.

The Blazers started strong with incredible teamwork in the first set. The Blazers soon pulled away with a 4 point lead thanks to captain Albert Wang's serving. The players played their hardest for every point, diving for low balls and executing critical hits. At the first timeout, the Blazers held a 5 point lead at 16-11. Wang's serving gained them 8 consecutive points and won them the set at 25-15. 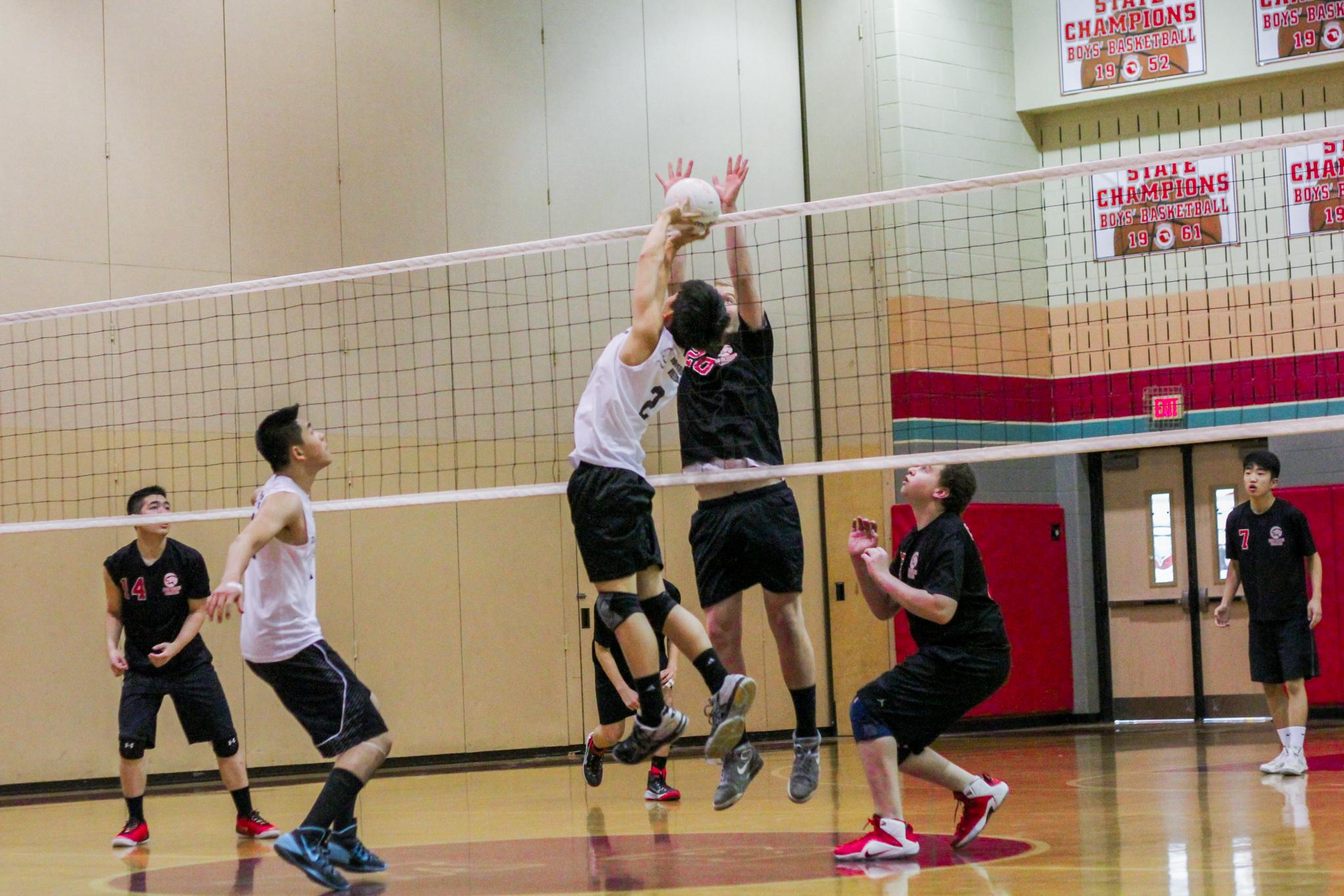 Photo: Captain Albert Wang attempts to get the ball past the block.

Photo: Captain Albert Wang attempts to get the ball past the block.

The Knights started the second set with a newfound spirit and consistency. However, the Blazers kept pace and trailed by only a point 9-8 at the first timeout. The set remained very close until the end, with Sreenivasan's consistent hitting. However, a few critical errors including missed serves by the Blazers cost them valuable points and they lost the set 24-26.

The Blazers entered the third set with a lack of confidence, and the momentum was on the Knight's side. Although Du gave Blair several points through consistent hits, the home team still trailed 10-19 at the first timeout. The Knights pulled away to capture the third set 25-19.. 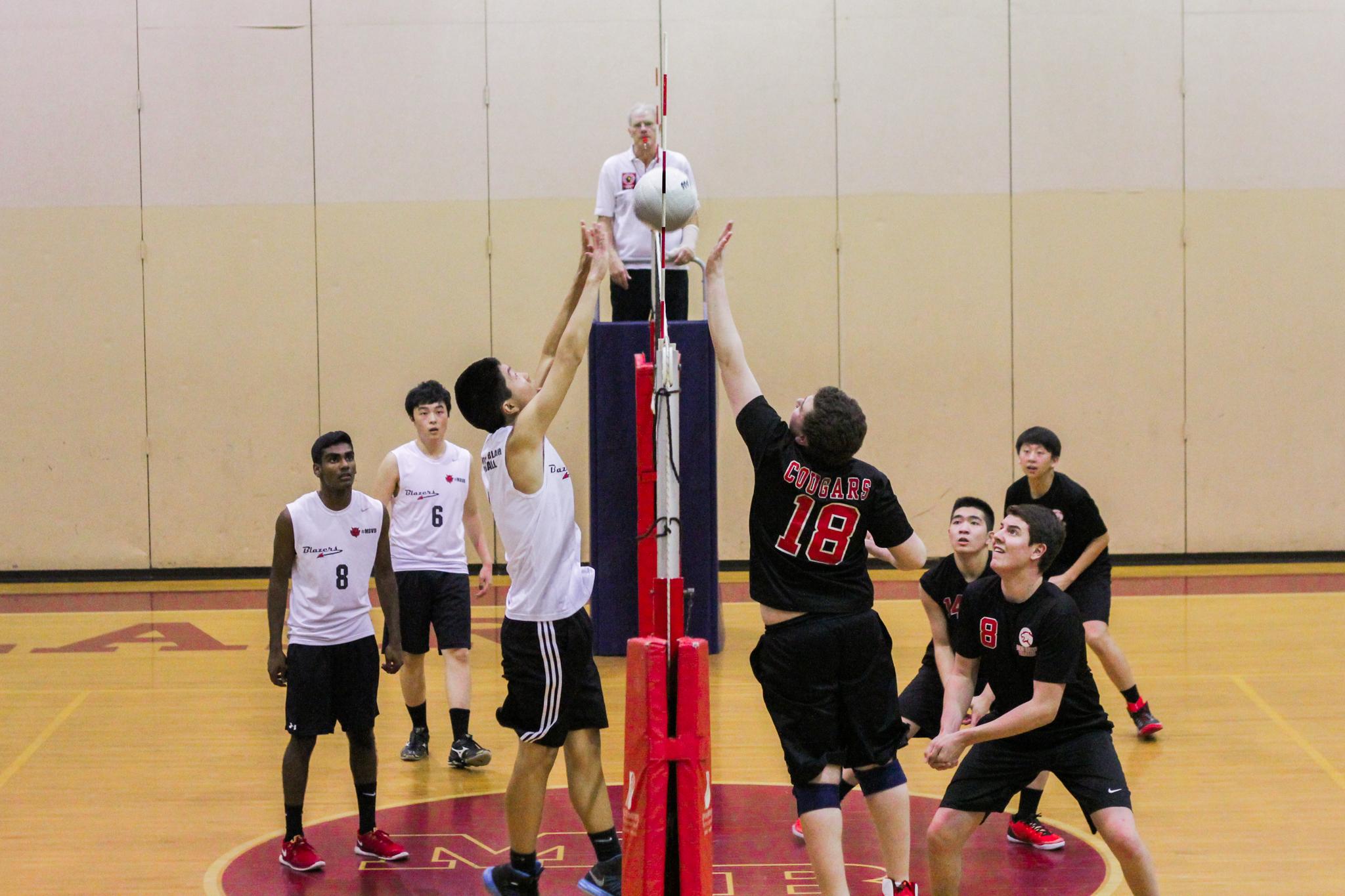 The fourth set occurred in similar fashion with the Knights surging and the Blazers lacking communication and organization on the court. The Knights captured the fourth set and the game 25-14.

Junior captain Eric Chen was quite dejected from the loss. "Wheaton was definitely a really strong team and going into it we knew that, but I feel like once the game started and how the first set went gave us some hope." Sreenivasan reflected Chen's sentiments. "We need to work on teamwork and keeping focused during a long match. We could have won this."