For most students, waking up at 6:30 a.m. and getting ready for school is an annoyance: they silence alarms unhappily, throw on clothes haphazardly and finish last minute homework hastily. But junior Rona Yu, whose day begins at 4:00 a.m., is a veteran at waking up early. Yu quickly turns off her alarm, packs her bag for school and gathers her swimming gear. She's at the pool by 4:30, ready to warm-up for her 4:45 practice. Far from being sleepy or lethargic, Yu dives into the pool every day with the same goal: to perform better than she did yesterday. 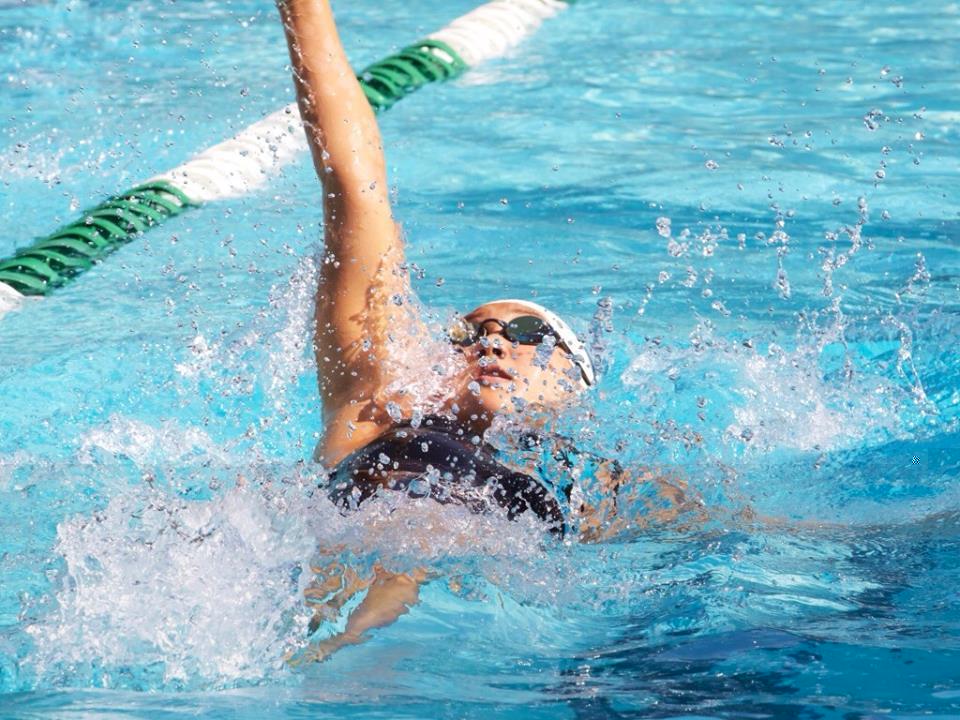 Swimming is a central part of Yu's high school life: on average, she spends four hours at the pool a day. "At least two times a week we're required to double up, which means going in the morning from 4:45-6:15 and also in the afternoon from 3:00-5:30," Yu explains. But her training isn't merely in the pool, Yu clarifies. "Then, at least once a week, we're required to do weight training and dry land, which is basically doing weights and working out abs for about an hour," she says. Such a time commitment, which could seem excessive, is routine for Yu, who has been swimming for a large part of her life.

Yu can't remember a time when she wasn't swimming competitively. "I've been swimming on a year-round swim team since I was about 8," Yu says, referring to when she began practicing with the Rockville Montgomery Swim Club National Training Group. At 11, Yu won awards at the USA Swimming IMX Games. She went on to place 2nd and 7th in her specialties: 200 backstroke and medley relay, at eastern zones, a competition between an eastern group of states. Right now, however, Yu feels that her primary accomplishment is qualifying for Eastern Sectionals, a competition between the areas of the upper east coast held in Richmond, VA. Last year, Yu attended a super-sectional meet in Buffalo, New York, where high school swimmers from the entire east coast competed. However, Yu asserts that since starting high school, her goals have changed. "Now it's been more about qualifying for higher level meets than about awards," she says. The 2014 Speedo Winter Junior National Championships is a selective competition offered only to the best junior swimmers in the country, and Yu has her sights set on it. "Now my biggest goal is making Junior Nationals this year," she declares.

To her teammates, Rona is singular in that she brings a unique kind of focus and intensity to the pool. Senior captain of the MBHS Swim and Dive team, Amy Zhou, has known Rona since she was 11 years old. They swam together in the same training group. Zhou notes Yu's perseverance in the pool despite of the intimidation and competition they face. "What matters is that she still does it," Zhou asserts, "She still gets there on the block" and executes.

All her hard work and accomplishments have not gone unnoticed. Last year, Yu was offered an opportunity from the California Institute of Technology, which is located in Pasadena, California and ranked as one of the best universities in the United States. Yu recollects the first crucial steps, which involved meeting the Caltech swim coach and exchanging emails and phone calls with him that led to this event. "The coach [Jack Leavitt] initially emailed me telling me about some people from Blair who are doing the Caltech swim team and asked me to contact him," Yu says. "So I followed back talking about my times and how my practice schedule is going." After conversing for about a month over email, Leavitt took the next step and called Yu to discuss her prospects. "We talked about my goals for college swimming and I told him what I'm looking for." After the phone call, it was decided: Yu would fly over to California to meet the coach and see Caltech in person. 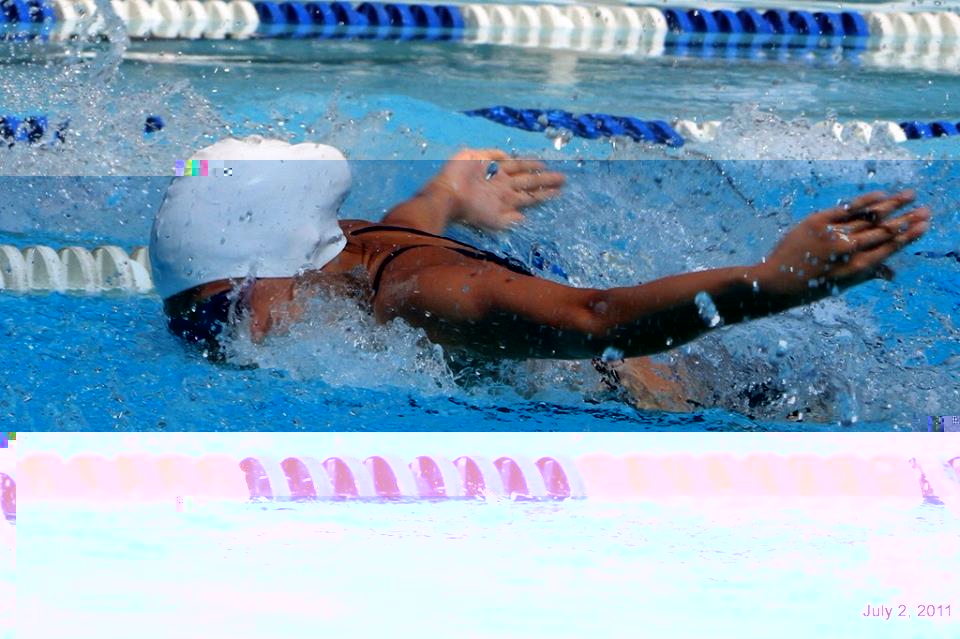 So Yu packed her bags and headed to the west coast with her family. She talked to the coach and practiced with the Caltech swim team in one of their workouts. Yu felt welcome and comfortable at the campus. "It was a super nice campus and I really liked it there. Everyone was really nice and welcoming," Yu reminisces. It was then that Leavitt confirmed that he wanted to back Yu in the admissions process, which means that next year, when Yu can apply for colleges, her chances at getting into Caltech for swimming are good. "Caltech is definitely one of the top schools I want to go to," Yu says, "and swimming at college would be awesome." But Yu adds that she's not getting complacent about the process. "Right now all I have is a better chance at getting in. I'm still going to focus on getting good grades and doing well in extra-curricular activities."

Swimming with the MBHS Swim and Dive team is also not out of the question. Rona intends to go back, if not this year, for her senior year. Her teammate and captain, Zhou, recollects a favorite anecdote from Rona's freshman year tryout. "She showed up for Blair swim tryouts in a kneeskin and the thing about kneeskins is they are these expensive uncomfortable racing suits usually reserved for competitions and everyone else in tryouts was just in casual practice suits and then there was just Rona." Zhou smiles as she remembers the memory. "When Rona swims she goes all the way."