The development of daylight savings and the debate around it

We in the United States are all familiar with the joy associated with jumping forward an hour in the fall and the irritation that accompanies falling back one in the spring-- a phenomenon known as daylight savings. In honor of losing an hour of sleep this past March 13, let's explore the pros and cons of daylight savings.

Daylight savings came about after 78-year-old Benjamin Franklin published An Economical Project, a paper on the economic benefits of natural lighting versus artificial lighting. In the paper, which was initially a letter to the Journal de Paris, Franklin proposed government regulations to encourage the citizens of Paris to rise before noon and therefore optimize their use of natural light. Although his ideas were originally regarded as comical, they remained discussion-worthy, and traveled back with him to the United States. Here, scientists and farmers soon began to acknowledge the practicality of implementing DST, and the idea gained popularity. 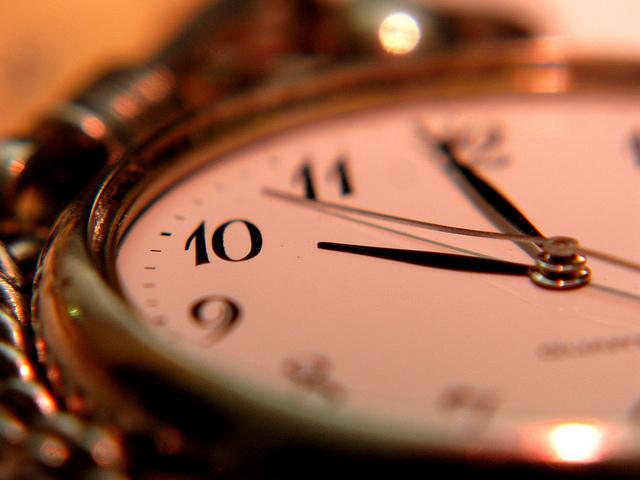 Modern DST arrived after British-born New Zealand entomologist and astronomer George Vernon Hudson proposed the idea in 1895. The European nations of Germany and Austria-Hungary became the first to organize the nationwide implementation of DST starting in 1916. In 1973, Congress declared the year-round use of DST in the United States, and employed the official changing of the hour hands of the clock. Senior Nicole Spiezio thinks of spring DST as a time when she loses sleep. Spiezio acknowledges that although she isn't majorly impacted by the event, the practice can be significant for those who spend copious amounts of time outdoors, like farmers. "It is not too important in my life but I feel like for farmers for instance or people who spend most of their days outside it could be important," Spiezio states.

Junior Shivani Mattikalli explains that DST only really affects her in the spring, when she loses an hour of sleep; however, she also acknowledges that the time reset allows her to wake up to a brighter morning. "I don't like waking up when it is dark outside to go to school [so DST helps with that]," Mattikalli says.

Although DST has only been used for approximately a century, the idea behind the practice dates back to ancient civilizations. The Mayans and the Romans, for example, would adjust their daily schedules to match the Sun's schedules; the latter nation even constructed and used clocks that used different scales for different months of the year.

Over the centuries, DST has become an integral, although subtle, part of our American lifestyles. Recently, however, there have been strengthening movements all around the world opposing DST. An example of which is End Day Light SavingTime, a website that discusses the relevance of DST, and proposes to stop using DST. The debate continues, as no definitive action has been taken in favor of ending the use of DST.

David Ngbea, ISS teacher and girls and boys varsity tennis team coach, thinks of DST as a double-edged sword. "Daylight savings serves dual purposes – it is good in the sense that the evening hours are elongated so we can stay up longer," Ngbea states. As a teacher and a coach, he also recognizes the academic and athletic benefits of DST. "Athletically, we have more daylight hours to partake in athletic activities. As far as school is concerned, it gives people more time to go home and prepare for school the next day," Ngbea acknowledges. However, Ngbea also sees drawbacks with the system. "Because we are waking up earlier it shortens the sleeping hours and takes many of us a while to adjust to this. Some people can be groggy from a lack of sleep," he says.

Mattikalli is in favor of keeping DST as a matter of habit. "We should keep DST because everyone is used to it," Mattikalli states. Spiezio, agrees with Mattikalli. "As days start to get shorter in the spring I like how the hour compensates for it and it stays darker later," Spiezio says. "In the spring I am usually pretty tired the next day and I tend to sleep in. In the fall I take full advantage of the extra hour. In the spring it also puts me in a better mood since it is lighter out for longer."

Daylight Savings has nascent roots in ancient civilizations, and has developed into what it is today through practicality. However, whether we should keep DST around in this electronic age is a question that can only be addressed by the current members of society. So, that begs the question: where do you stand on the DST controversy?