Oscar de la Renta taught little girls that "elegance is when the inside is as beautiful as the outside." He told them to "walk as if you have three men walking behind you." He taught them how to grow up to be strong, beautiful women.

October 20th saw the passing of a major cultural fashion icon and incredible human being. Oscar de la Renta died of complications from a long battle with cancer at the age of 82. He was one of the world's leading fashion designers; his line is modern yet feminine. 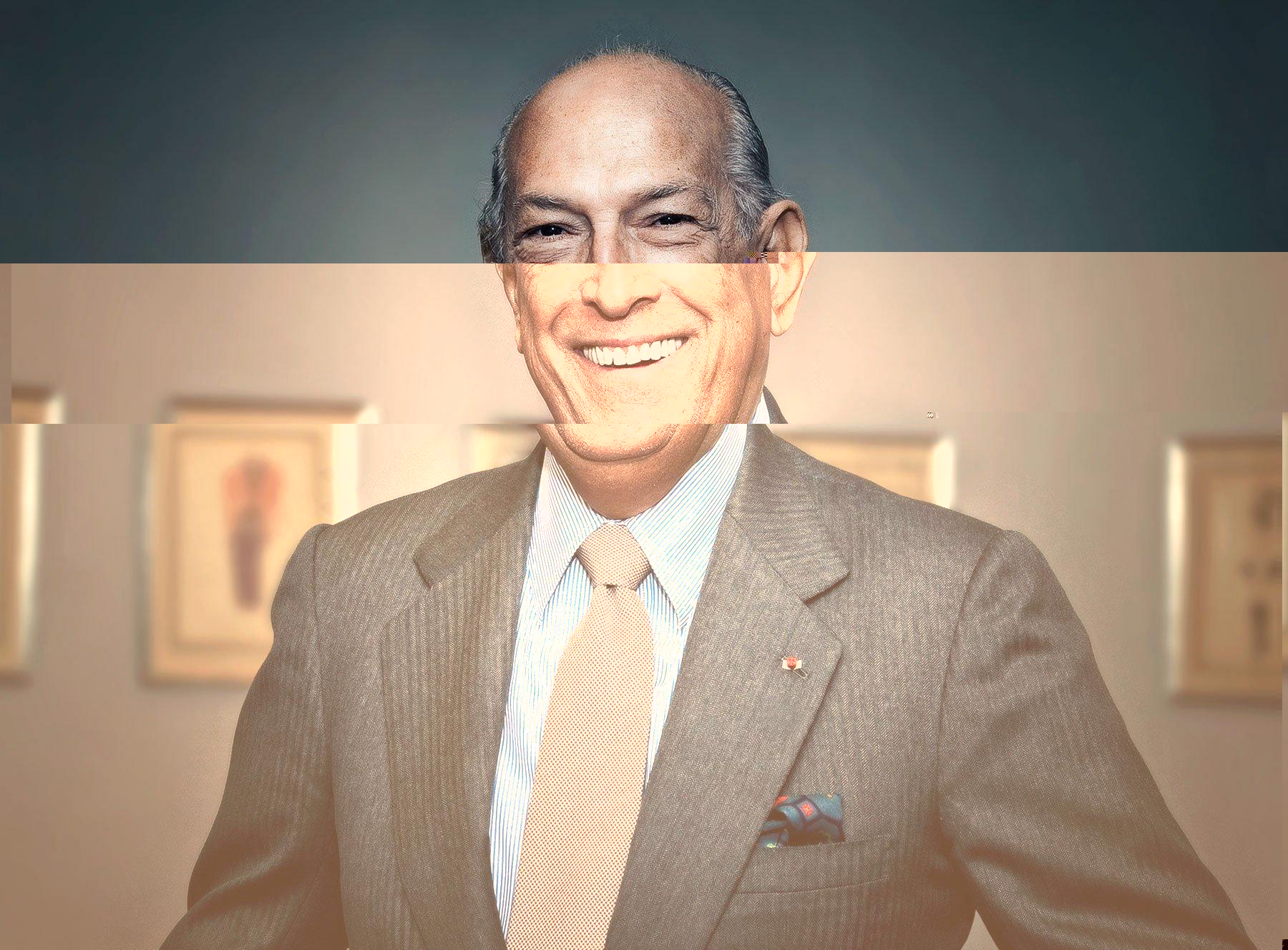 Photo: Oscar de la Renta was a philanthropist as well as a designer.

Photo: Oscar de la Renta was a philanthropist as well as a designer.

De la Renta was born and raised in the Dominican Republic. He left the Caribbean island when he was 18 to study painting at the Academy of San Fernando in Madrid. While in Spain, he was attracted to the world of fashion design and landed an apprenticeship with Spain's most renowned couturier, Cristobal Balenciaga.

A few years later, in 1961, de la Renta was discovered by a designer in Paris and hired for his first fashion job at Lanvin-Castillo. There, he became a designer for Elizabeth Arden. In 1965, de la Renta's first brand was launched, marking a major turning point in the world of fashion. De la Renta's unique patterns and color schemes brought a change to the industry.

Half a century passes, and de la Renta's collections have clothed numerous celebrities. His wedding gowns have appeared on Oprah Winfrey, Anne Hathaway and every first lady since Jacqueline Kennedy. He is also the winner of numerous Cody awards, which are often referred to as the Oscars of the fashion world. His works have ranged from featuring on the red carpet to appearing in the White House. Actresses Sandra Bullock and Penelope Cruz often donned his gowns for events; some of his clothes were even woven into episodes of "Sex and the City." Just this month, President Obama was seen sporting an Oscar de la Renta creation at the Fashion Education Workshop at the White House.

De la Renta's most recent design was the lace, off-the-shoulder wedding gown worn by Amal Alamuddin for her September wedding to actor George Clooney in Venice, Italy. De la Renta was very involved in the wedding and helped Alamuddin choose everything from her dress to her hairstyle and veil.

De la Renta's specialty was his evening wear; he was revered for his couture-like ready-to-wear collections. His signature looks were voluminous skirts and intricate patterns and designs. Since its beginning in 1965, his line has expanded to include bridal, fragrance and homeware collections.

De la Renta was not only a designer, but a philanthropist as well. He was known for his charitable nature, and was involved in aiding the inhabitants of his birthplace. He built La Casa del Nino, which is an orphanage and school for the children of La Romana. It provides long-term care and schooling for 1,200 children on a daily basis, and has care facilities for newborns and children so that their mothers can work.

Photo: De la Renta brought a variety of styles to the runway.

Photo: De la Renta brought a variety of styles to the runway.

De la Renta's kindness transcended the severe fashion industry figure stereotype and he made close friendships with many celebrities. They published tributes towards the late designer on the Internet. Sarah Jessica Parker, who plays the protagonist Carrie Bradshaw in "Sex and the City," reminisced that she "can't remember how [she] had the courage to be friends with him – he was so otherworldly, in a way." Actresses Jennifer Lawrence and Reese Witherspoon wore de la Renta dresses merely hours after his passing to honor his work. Singer Taylor Swift lauded de la Renta as her "all-time favorite designer" on Twitter, and wore a look from his pre-fall 2014 collection on Tuesday for her David Letterman appearance.

According to Vogue magazine, a private funeral was held for de la Renta in New York on Nov. 3 at the Church of St. Ignatius Loyola at Park Avenue.

Oscar de la Renta was an idol for many of those in the fashion industry. His line, which many describe as being "feminine and flattering," was lauded by political icons and celebrities alike. His contributions to charities will also be remembered by those whose lives he touched. Although De la Renta is no longer with us, his legacy as a designer and philanthropist will endure.