Looking back at great films that were adapted from amazing novels

It's common knowledge that movie series such as "Harry Potter," "Twilight," "Lord of the Rings" and "The Hunger Games" originated from books. However, there are many other famous films that were based on novels which became insignificant once compared to their movie counterparts. 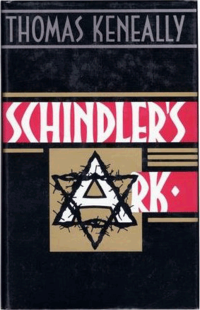 Though Steven Spielberg is largely credited for what can arguably be called his greatest work to date, this movie was adapted from Thomas Keneally's 1982 historical book "Schindler's Ark." The book itself was based on a true story about a German businessman who saved 1,100 people during the Holocaust from certain death by employing them in his Polish factories. Spielberg brings to life an image of utter devastation that was previously only an imaginary nightmare, but his vision first came from this powerful novel.

If you loved this movie, then there is no reason you shouldn't read the book. In the film, a grandfather reads a classic love story to his ill grandson that is filled with swordplay, giants, an evil prince and a beautiful princess. People are familiar with the film and can even recite it word by word, but how many can say the same about the book? Not enough. William Goldman did a remarkable job of turning this post-modernist classic into a wonderful film, so take the time to read it before re-watching the movie.

"Forrest Gump" can often be summed up with Tom Hanks' famous quote, "Life is like a box of chocolates, you never know what you're gonna get." But a very different Forrest emerges from the novel by Winston Groom. Gump, while not intelligent, accidentally finds himself present at many historic events as he tries to obtain his true love. Though many of the scenes in the movie stay true to the novel, a number of other aspects are either overplayed or entirely original. Reading the novel by Winston Groom can prove to be just as enjoyable as watching the movie and is definitely worth the read for a new perspective on one of film's most beloved characters.

Photo: While "Holes" is a fairly famous movie, few people are familiar with the book that started it all.

Photo: While "Holes" is a fairly famous movie, few people are familiar with the book that started it all.

"Holes" is a classic novel that is fun to read at any age. The story revolves around Stanley Yelnats, an innocent, young boy who is sent to a desert detention camp for a crime he did not commit. At this camp, the boys spend their days digging five foot holes, hence the title. Watching Stanley deal with the pressures of his undeserved detention is worthwhile, but reading about all of Stanley's strange friends at Camp Green Lake is something else entirely. Louis Sachar's novel is a must read.

Nicholas Sparks' novel "The Notebook," released in 1996, was turned into the now classic 2004 film starring Rachel McAdams and Ryan Gosling. It's a story that chronicles the lifelong romance between a poor teenage boy and a girl from Southern money. The novel has a different twist than the film, so anyone who loved the film cannot miss out on reading the book.