Seniors Andrew Komo and Robert Yang were chosen as regional finalists in the national Siemens Competition in Math, Science & Technology. On Nov. 6, Komo advanced to the National Finals, winning $25,000. At the Finals, held at George Washington University from Dec. 4-5, Komo won first place and the grand prize of $100,000.

According to a Siemens press release, Komo and Yang each received $1,000 scholarships as regional finalists. They were selected out of 491 semi-finalists and over 1,860 total projects. 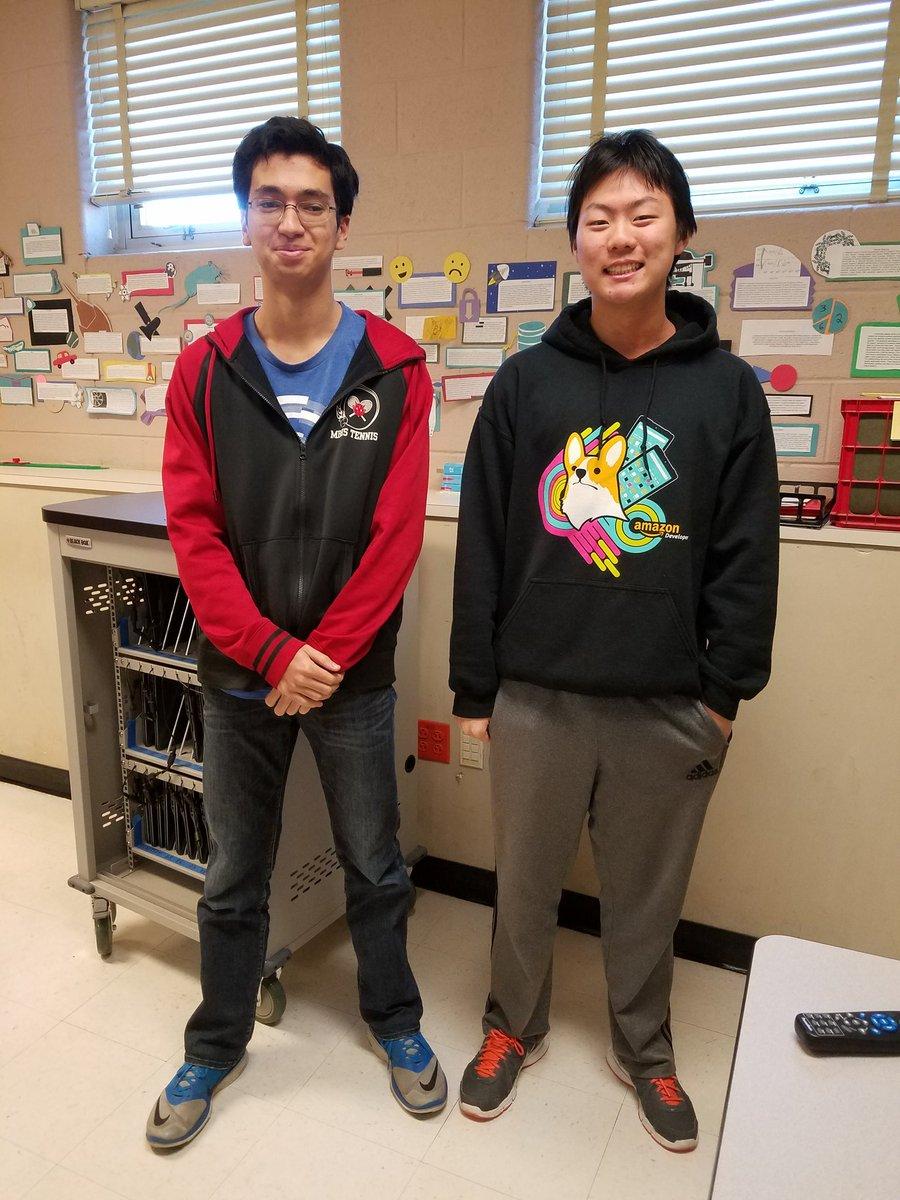 Photo: Komo and Yang were both named regional finalists out of 491 semi-finalists.

Photo: Komo and Yang were both named regional finalists out of 491 semi-finalists. Photo courtesy of MBHS Magnet.

According to Angie Bosse, Blair's Senior Research Project teacher, Andrew's project was unique because it offered a solution to a commonly overlooked problem. "He studied trying to maintain security so that bidders don't cheat or auctioneers don't help somebody. It's an interesting topic," Bosse said.

Komo's platform filled a gap in the auctioneering industry. "The security of auctions is frequently overlooked, and having a secure platform for auctions is useful," Komo said.

Komo worked with Dr. Lawrence Ausubel, an economics professor at the University of Maryland, to conduct his research over the summer. "He assisted me with the auction theory components of my research," Komo explained. 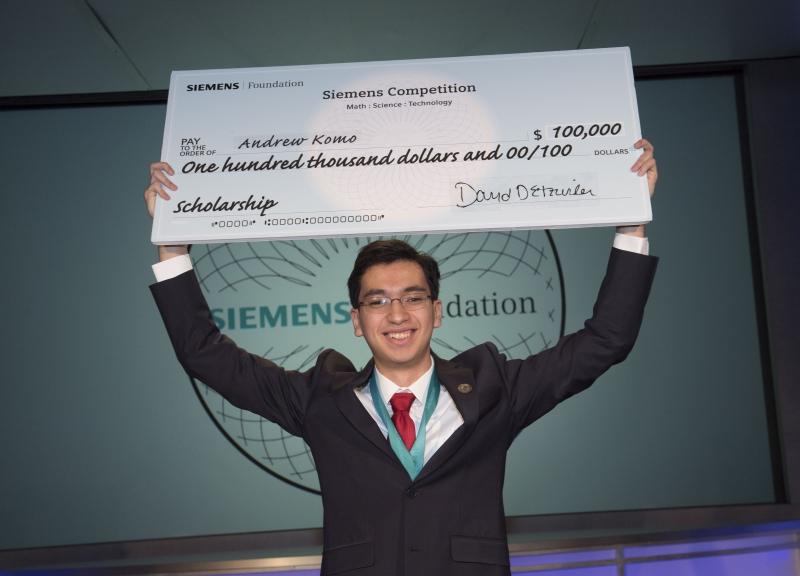 Yang, who collaborated with Cindy Huang from Wootton High School and Jessie Ma from Churchill High School, created a web server with the ability to match genetic mutations of lymphoma with a specific type of the disease. Yang explained that, due to the many types of lymphoma and the decentralized data surrounding it, lymphoma is commonly misdiagnosed. "A big problem with current research methods is that researchers don't know whether their data is collaborated with other research scientists and centers around the world. Our web server provides a centralized way of gathering all of that data," Yang said.

Yang's web server is a step towards increasing the accuracy of lymphoma data. "Given genetic mutation data, we can predict what subtype that lymphoma was," Yang said. Yang and his two partners collected data in a lab at the National Institutes of Health and also compiled real data from the web.

Komo and Yang's projects represent months of dedication. Yang estimates that he spent at least four months on his project.

Though entering the Siemens Competition was not a school requirement, teachers and administrators still offered Komo and Yang support. Bosse acted as a mentor, allocating time in her class for students to work on their research projects. "I remind them of the deadlines and help them to prepare to enter their paper in the competition. As a research teacher, it's one of my jobs to encourage people," Bosse said.

Peter Ostrander, Blair's Magnet Program Coordinator, was thrilled when Komo and Yang were first selected as finalists. "We love when our kids get recognized for the work that they do. We have a lot of very talented students here at Blair," Ostrander said.