Are you a nerdle for Wordle?

Take a look into the popularity behind New York Time's Wordle

In just a few months after its public release, Wordle, a game of gray, green and yellow squares, has taken the world by storm. Over 300,000 people play it every day, but what makes it so popular?

According to the New York Times, Josh Wardle created this word game for his partner, since they both love puzzles. The name Wordle is a play on his last name, and he later released it to family members through WattsApp, where they all became obsessed. A few months later, it has quickly grown to be one of the most popular games.

A player's results can then be shared with friends and family. In the home of junior Julia Maynard, Wordle has turned into a form of friendly competition. "I pretty much compete against my friends and family like every morning. We can see who did it first within my family," Mayard says.

According to junior Sarbani Poulsen, a key factor in Wordle's popularity is the simplicity to the game. "It's just really simple and it's not too complicated. Once you get it, it's easy to continue playing, so I like that. It's just so easy to use," Poulsen says.

Wordle can also be played by just about anyone. Senior Jack Wagner explains how background knowledge isn't needed for this game. "It's entirely self-contained, you don't need to know references to anything else. You just need to guess the six letters," Wagner says.

With the rise of Wordle's popularity, the New York Times bought the game in January and added Wordle to its renowned games section. In addition to the official version, a slew of variations have also been made, each with their own special twist. 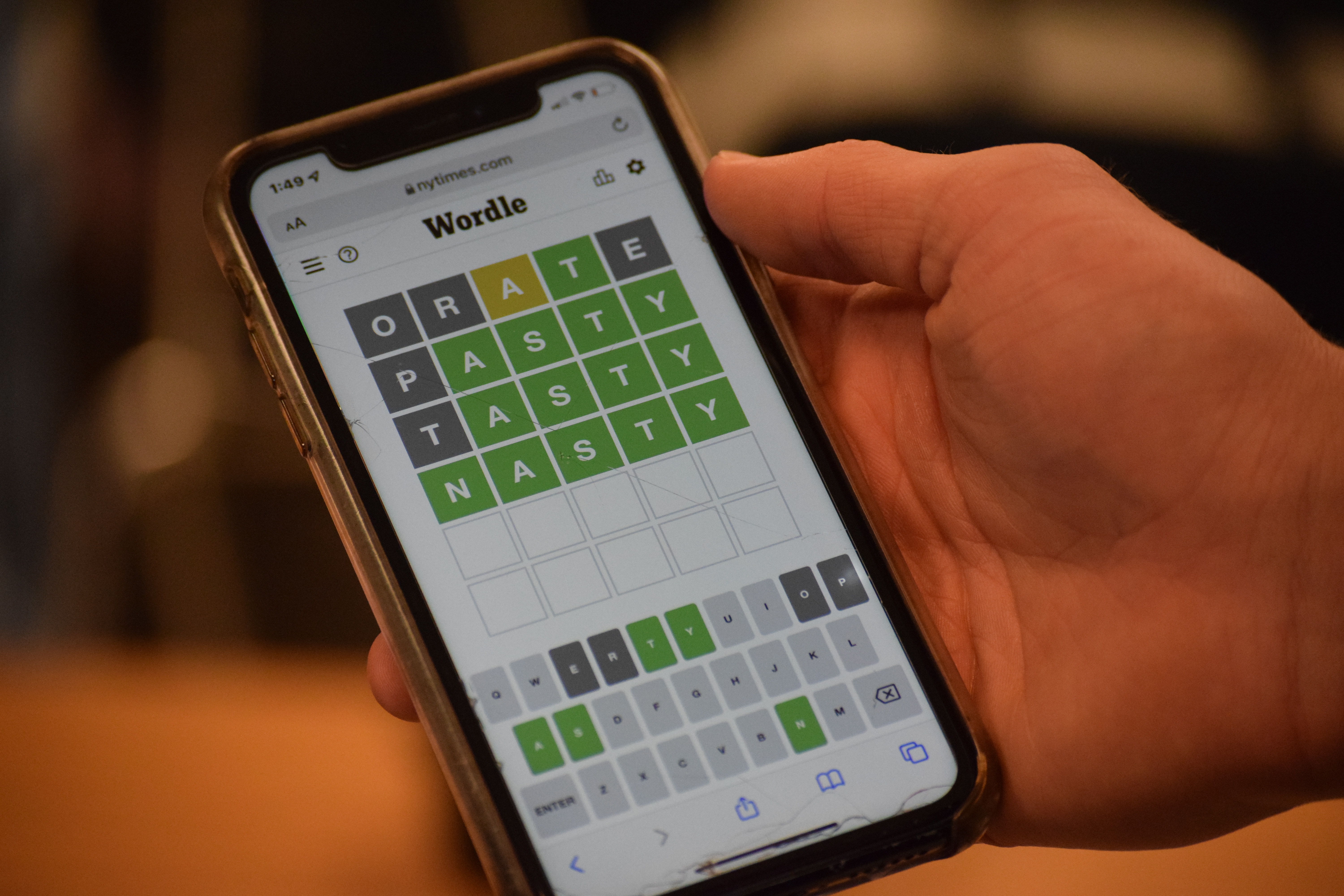 More of a numbers person? Nerdle is the math version of Wordle, where the characters allowed are "0123456789+-*/=". You have six chances to guess the mathematical equation, but your equation guesses must be mathematically sound. Colors will appear around the character just like in Wordle, to indicate if the character is in the equation and if it is in the right spot.

Are you searching for a geography game? In this variation, an outline of a country is given, and you have six guesses to figure out what country it is. After every guess, several green squares appear, which shows how close you were to the actual country. The squares then disappear and are replaced with the distance between your guess and the answer as well as the direction the country is in from your guess.

Are you a music snob? In Heardle, you listen to the beginning of a song, then you search for the correct artist and title. If you skip an attempt or guess incorrectly, more of the song will be revealed to you. Just like in all of the other variations, the goal is to guess the song in as few tries as possible.

Wordle not hard enough for you? Try Quordle, the version with four boards. The mystery word is still a five-letter word, and gray, yellow and green colors are given as hints, but you have nine tries to find the different mystery word for all four boards at once. If four words is still not a challenge, check out Sedecordle!

Do you claim to be the biggest Taylor Swift fan? Test out your knowledge in Taylordle. The basic format is the same as Wordle, but the solution list only contains five-letter words that point to Taylor Swift. It can be anything from her song lyrics, tracks, album titles or even people associated with her.

Whether it's Wordle or a Wordle variation, either way, these games are the perfect way to start the day.