As Blair prepares for the upcoming Partnership for Assessment of Readiness for College and Career (PARCC) tests, Blair teachers expressed frustration and anger at a test they view as overly difficult, excessively time consuming and representative of educational policies that delegitimize public education.

PARCC is a consortium of states that will administer assessments in English and Mathematics. These PARCC tests are federally recognized as being in alignment with the Common Core standards developed by the National Governors Association. At its peak, 24 states and the District of Columbia signed on to take PARCC assessments. However, in the past few years more than half of those states have dropped out of the consortium, citing bad implementation, high testing costs and high failure rates.

On Tuesday, Blair's administration approved a revised testing schedule that decreased spring PARCC testing from four weeks to two weeks and two days. Like the earlier draft of the schedule, students will attend two, two-and-a-half hour classes every day of testing, with 45 minute lunch periods in-between. Normal block periods will receive 365 total minutes of instruction, while 5th and 6th periods will have 660 minutes total of instructional time. Social studies teacher Kevin Shindel said that the revised schedule is an improvement over the earlier version, but still problematic. "Two weeks is better than four weeks, but it's still two weeks. There will be student fatigue and teacher fatigue, and instruction is going to take a hit," he said. 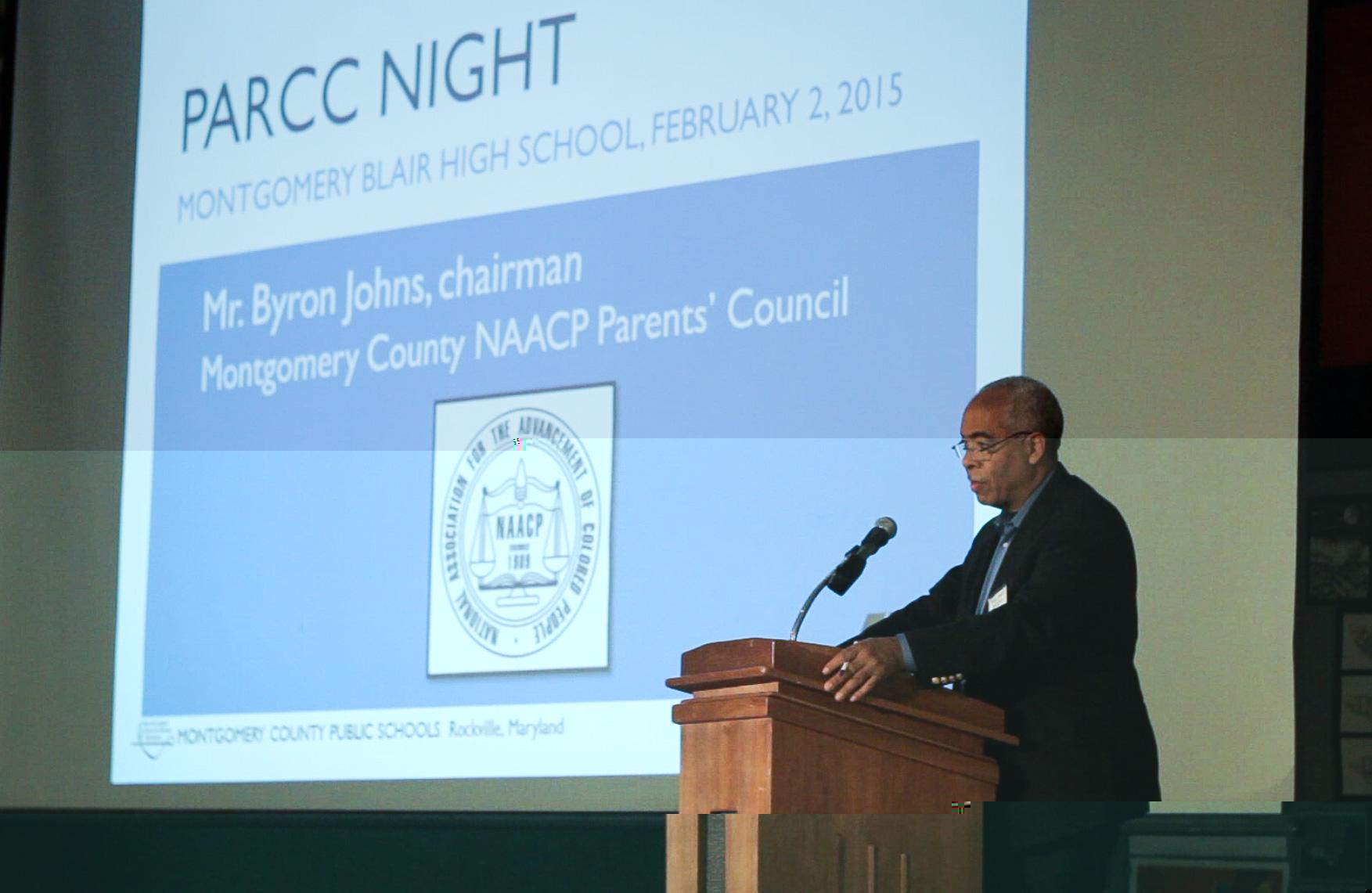 Other Blair faculty members, such as English teacher Laura Albert, voiced concern about the effect the PARCC will have on class length and student learning. "If we have such long classes, there will be a real struggle to teach the material we need. Kids will be brain-dead and education will be compromised," she said. "The Blair administration is putting on a strong face, but it's a logistical nightmare and I'm sure they're frustrated. I don't know of one—not one—teacher who supports PARCC."

Blair Principal, Renay Johnson, disagreed with Albert's assessment of the administrative challenges associated with PARCC. She said the PARCC tests are no different from any of the other tests that have been rolled out in recent years. "I'm not frustrated. When you've been an administrator for as long as I have, you get used to this. In the beginning of a rollout, there is always backlash, because people don't like change. But in the end they get used to it," she said. However, she did note the significant impact testing would have on the end of the year. "We still have to do the HSAs, AP tests, county finals and this new PARCC test. It's a lot."

Apart from logistical concerns, many teachers criticized the quality and difficulty of the test. Albert said she supports tests if they accurately measure student learning, but that PARCC sets unrealistic standards. "Unlike some teachers, I like tests," she said. "I think we should have standards and see if our kids are meeting those standards. But that's if the tests are valid, and these tests are not valid." She noted the difficulty of the English PARCC exam. "I'm an English teacher, and, while I'm not the smartest person, I'm pretty good at this stuff. But there were some questions on PARCC that I couldn't even do." 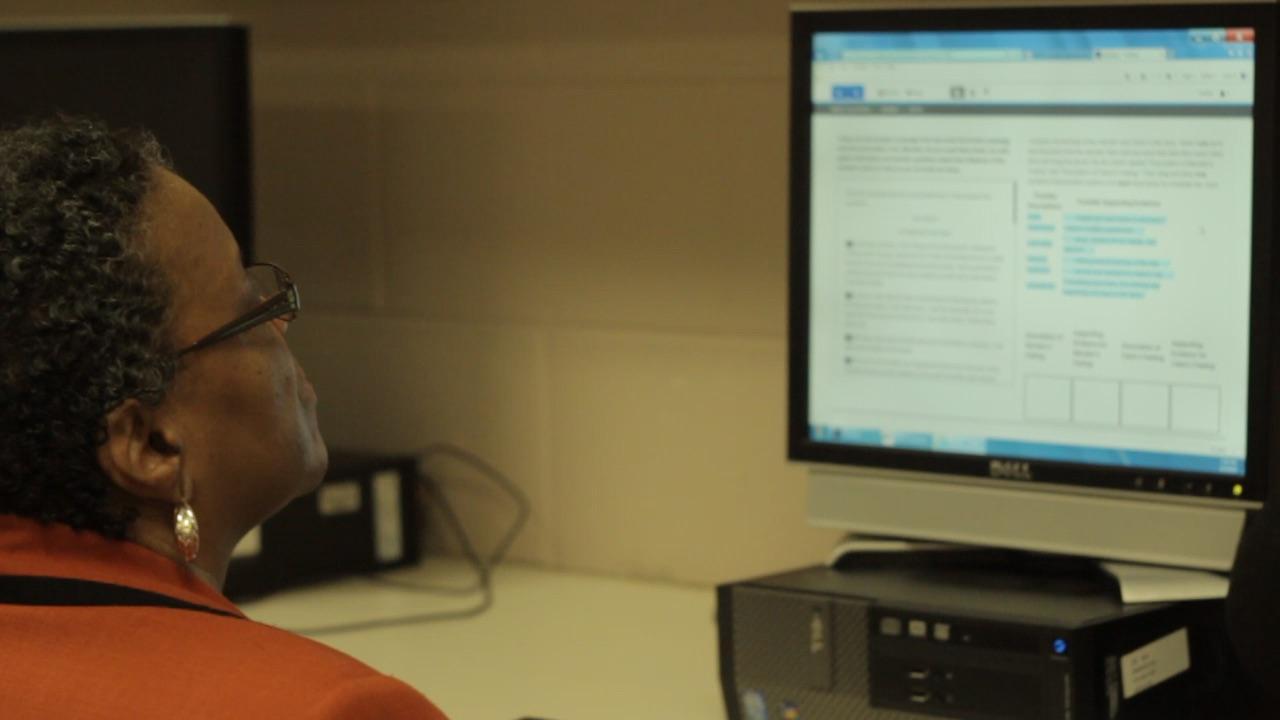 Math teacher Elliot Shiotani said that the tests aren't representative of student learning. "They are very difficult, and they don't really match with what happens in the classroom," he said. English teacher Miriam Plotinsky agreed that the difficulty of the PARCC assessments could be a problem. "The tests will need to be adjusted, because they just won't work the way they're written. They'll have to get easier," she said.

History teacher Marc Grossman, who supports the Common Core standards, thinks that the failures of the PARCC test hurt the prospects of those standards. "It's too bad because the standards are good, and we need good and challenging standards. It's just the test that is the problem," he said.

Grossman is also concerned that PARCC is a part of a larger movement to damage public education by developing tests that students cannot pass and using bad test scores to discredit teachers. "I think there is a real question," he said, "if this is a veiled attempt to destabilize public education and delegitimize teachers and their unions." English teacher Keith Anderson believes PARCC is an effort by education policy reformers to cut public education. "It's the voices of the education reformers that I'm most opposed to," he said. "This movement towards standardization and technology is a Trojan horse for conservative policies that slash public services and privatize them."

In the end, Albert is worried that the problems she perceives in PARCC could encourage teachers to enter another profession. "I know a number of teachers who are thinking of leaving right now and I can't say I blame them," she said. "My son has a teacher, who is a truly gifted and caring teacher, who cries during her staff meetings because of all this stress." Student teacher Ben Cutler noted that some students are discouraged from going into teaching due to strict standardization and increased testing. "I know people who have left the teaching program because they just don't want to deal with this stuff," he said.