Amidst the tension and concentration that surrounds a girls' tennis match, senior co-captain Ann Choi, who always has a smile to share, emits a subtle calming aura. 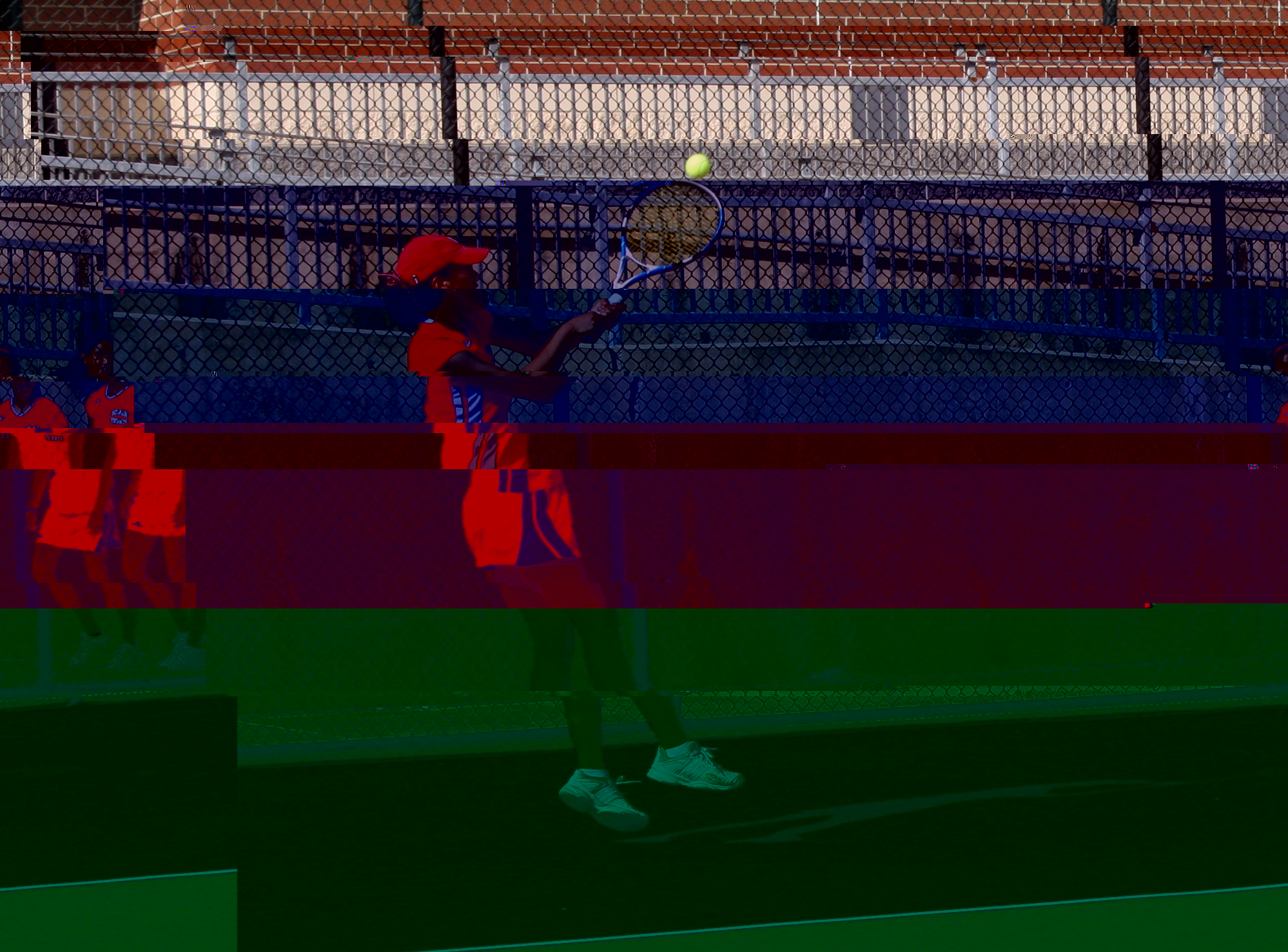 Athlete of the Week

Photo: Second doubles Ann Choi returns the ball with a jump in the match against Sherwood.

Photo: Second doubles Ann Choi returns the ball with a jump in the match against Sherwood.

To tennis coach David Ngbea, attitude is the most important characteristic of a good tennis player; attitude can rub off on teammates and make the difference between winning and losing. After he talks with Choi, Ngbea says he feels uplifted from her invitingly pleasant attitude, which she carries with her on the tennis court.

Choi became interested in tennis when her parents suggested she play a non-contact sport in high school. Five years ago, her dad suggested tennis and she immediately felt an attraction to the sport. Choi, a violin player, finds tennis to be similar to playing the violin. "It requires focus, concentration and self-control. You're given a lot of responsibility and it's exciting," Choi says.

While playing, Choi emits an attitude that says that she's fighting hard to win every point. Ngbea sees the competition in Choi as a coveted quality for a high school tennis player. "I see her fighting, fighting for Blair. She may lose the point, but I get the feeling that she really wanted it," Ngbea says.

When she does lose a point, Choi tells herself to shake it off and keep going. "Even if I lose a match, I tell myself to forget about it and try not to make that mistake again," she says.

By motivating herself, she also inspires her teammates to do their best, just another characteristic that makes her a successful captain. "She motivates our team to always strive for the win," junior doubles player Jane Lee says. "She works well with others and she's a true team player."

When Choi talks about tennis, she lights up and a smile spreads across her face. She is a unique and powerful player with a passion for the sport. Choi says she cannot imagine her life without tennis and intends to continue playing for years to come. As a testament to her cheerful character, Choi offered only one complaint about playing the sport. "I don't like putting on sunscreen," she jokes. "It gets all sticky when I play."