It seems that in softball the pitcher and outfielders get the glory while the one in the mask and clunky leg pads is stuck squatting the entire game. In fact, that masked, squatting, padded player is senior catcher Emily Haislip, and she's actually directing the show. 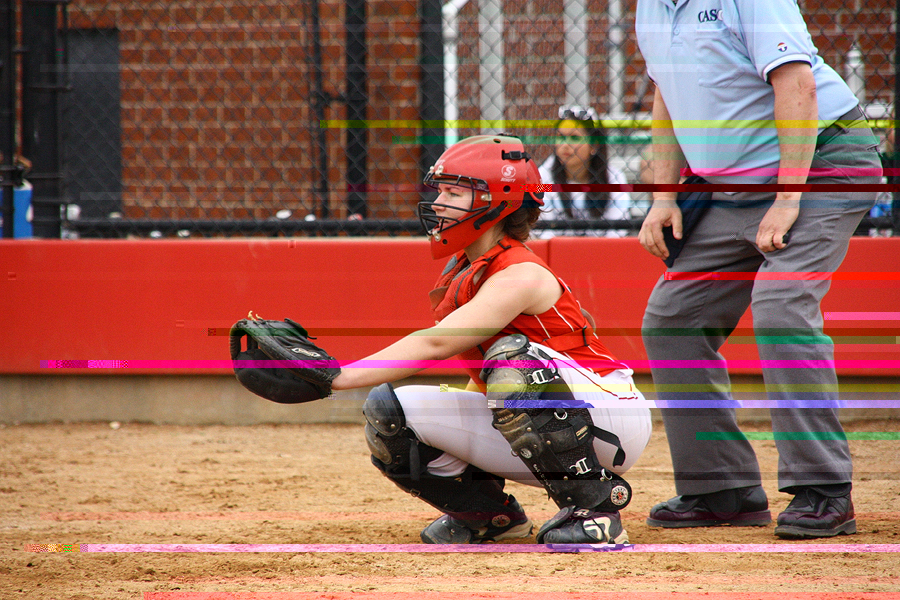 Emily Haislip: Athlete of the Week

Photo: Senior Emily Haislip represents the core of Blazer defense; she calls and is involved in every play.

Senior Emily Haislip represents the core of Blazer defense; she calls and is involved in every play.  Photo courtesy of Tolu Omokehinde.

Being a catcher involves more than just receiving pitches. It's about leading the defensive team, with the pitcher's help, and helping the pitcher identify weaknesses in the batters. As Coach Louis Hoelman puts it, the catcher is the "quarterback of the defense," meaning that it is senior Emily Haislip who calls the shots.

Haislip became accustomed to working with senior co-captain and pitcher Eve Brown and Coach Louis Hoelman from a young age. Hoelman runs a softball summer camp that Haislip has attended every summer since age six, this year progressing to be a camp counselor. And Haislip has been catching for pitcher Brown for nearly as long.

The pitcher-catcher bond must be strong and involves a certain amount of trust from both parties. After years of working together, this trust comes naturally to the duo. "[Brown] bounces of me, I bounce off her," Haislip says, while trying to explain the complexity of calling pitches. "There's a science behind calling pitches but I only know the basics. I go off of intuition or gut feeling."

Hoelman notes that a lot of people rely on Haislip both offensively and defensively, and that she does well handling the pressure and following through. Haislip, for her part, welcomes the reliance of her teammates and feels good while pulling through for them, "It's a group of girls depending on you," she says. "It's a feeling, it's insane. You feel important."

Haislip grew into the role of a central figure on Blair's team gradually, which Hoelman believes correlates with Haislip's constant improvement. "She has progressed steadily over the years," he says. "She gets better each year — even this year — both mentally and physically. She is a great kid to coach."

"It's not a glorious job and you don't get a lot of credit," Haislip reflects. "But I like the quiet satisfaction." While "catcher" may not be the most cheered-for position by fans, all the players know just how important it is to have a strong, competent and intelligent teammate behind the plate.