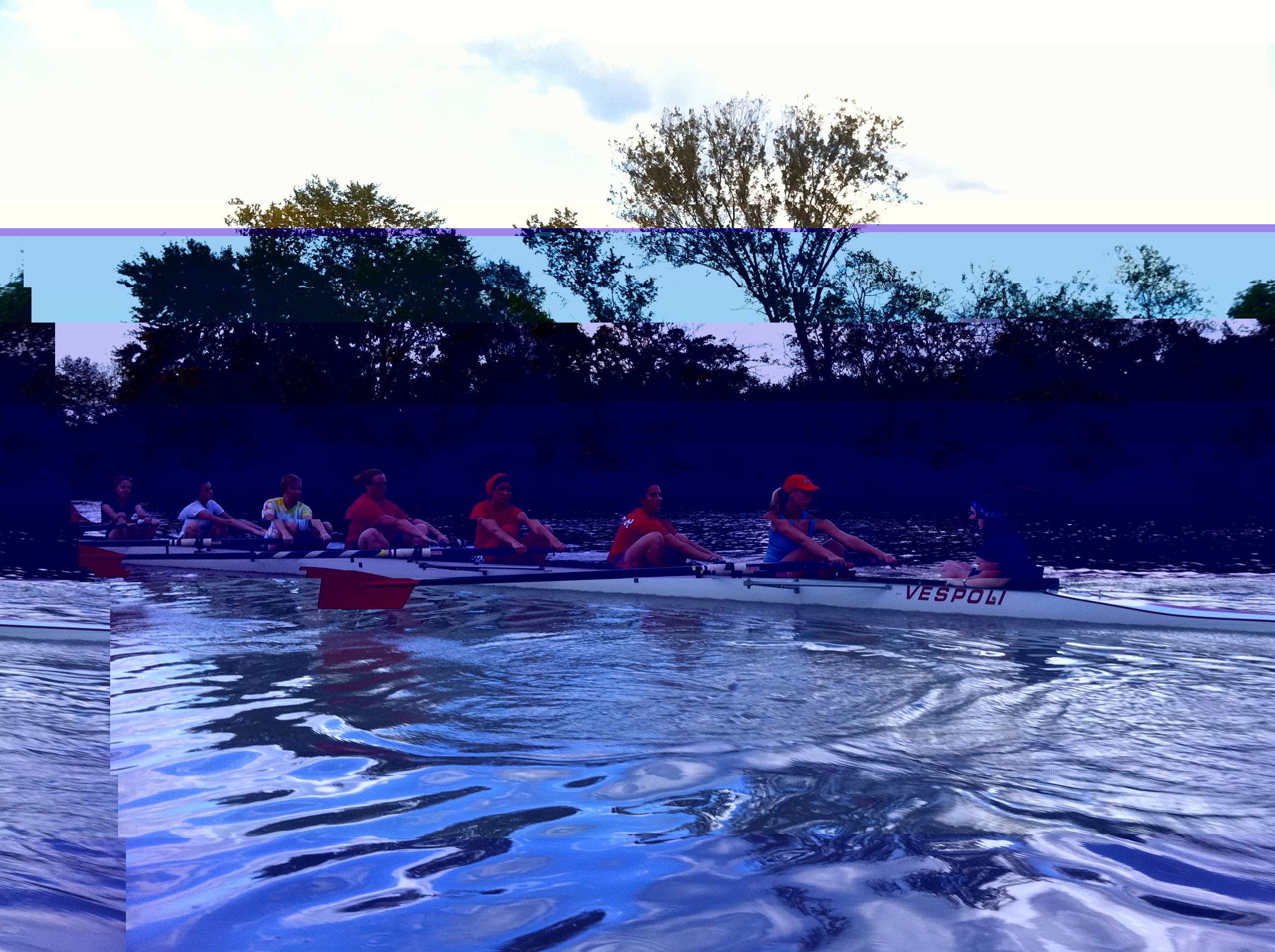 The varsity softball team (14-2) shut down Watkins Mill (7-7), 10-0, in an effortless Senior Night victory. The Blazers came into the game with enthusiasm, and, despite a slow start, were able to build up a huge lead in the next four innings of play, after which the mercy rule was called.

Tips and tricks for navigating recruitment

Sports in college operate on a whole different level: the competition is more intense, the training hours are longer and the pressure is much higher. But getting there can be the hardest part.

If you flip through an issue of Silver Chips from the past couple years, you'll find one topic suspiciously missing: what Blazers do once they graduate Blair.

The Blair softball team (10-1) destroyed the Springbrook Blue Devils (4-6) by a final score of 20-1. The mercy rule was called after five innings of play.

There were two different ball games played at Blair last night. The first took place in the first four innings of play, when the varsity baseball team (4-6) struggled to hold the Springbrook Blue Devils (4-5) even. The second took place after the bottom of the fifth inning when the Blazers broke open a major lead and brought home a welcome victory of 10-2.

Despite a strong start, the boys' varsity lacrosse team (0-2) fell to the B-CC Barons (1-1) by a final score of 14-4. The Blazers struggled offensively, especially in the second half, and were unable to make plays at crucial moments.

For news, timing is everything

Currently, Silver Chips puts out seven issues a year, which is fairly infrequent. It's up to the editorial staff of Silver Chips to strike a balance between length and quality on the one hand, and timeliness and relevance on the other. Silver Chips print should consider shifting gears to a ten-issue paper to keep the readers up-to-date through more timely and relevant sports and news stories, and to establish a greater Silver Chips presence throughout Blair.

It was an emotional night for the Lady Blazers as they fell to the defending Maryland State champs, Gaithersburg, by a final score of 64-42. The Blazers held up against the undefeated Trojans for the first half of the game but fell apart in the third quarter and weren't able to bring it together.

Is print media dying? It's a question that professional publications have struggled with over the past decade. In 2009, the Baltimore Examiner went all-online, and newspapers like the New York Times continue to debate how much of their content should be made free to the public online.

For UMD, cutting their sports can only lead to losses

Imagine: You are a freshman at the University of Maryland. Senior year of high school, you applied to a range of colleges, scouring state schools and private universities for a competitive, top-ranked swim team. You chose your state school, and, with a sizeable amount of scholarship money under your belt, you suit up for your first practice of the season.

Raising the bar for Spanish page

It is our goal as a newspaper to reach out and include as many people in our community as possible. Blair has a significant Hispanic population, including many who feel more comfortable reading in Spanish. Silver Chips has included a Spanish page in every issue since for the past ten years because we believe that it is important for Silver Chips to be accessible to everyone.

Down, but not out

There was a loose ball, and a pileup ensued. The play moved to the other end of the court, and everyone in the stands followed the action, except for Dawn Smith, senior Gabrielle Smith's mother, who was focused on her daughter. Blazer shooting guard Gabrielle didn't get up and follow the play like everyone else. She lay on the gym floor curled up in a ball.

It is the mission of the new athletic director, Rita Boule, to help foster an inclusive athletic community in the school. By encouraging an overall athletic culture, Boule will help the school grow and define itself as a well-rounded and exciting place to be.

It takes practice and dedication to incorporate the many layers of a story into a seamless piece, and when this is not done properly some points of view are compromised. Sometimes little details or nuances slip through the crack, and even the smallest of word choices can completely spin meaning in the wrong direction.

The Blazers edged out Churchill by a mere two points to take 4th, in what was one the team's most successful meets of the season. Despite a muddy course, the Blazers were able to pick up traction, and two girls were even able to PR.

Blair football has become a regional joke in some senses, but it hasn't always been this way. It's important for Blair students to look back to all that our predecessors accomplished, and take a look forward to see what new crops of Blair athletes can bring.

June issue: changing of the guard

The observant reader might notice recent updates in our staff box. Silver Chips's June issue is always entirely edited, written and managed by juniors. In the fall, we will formally begin our managing editor positions and work with a new group of junior staffers. Here is where we hope to take the paper next year.

The JV softball team finished off the season with an outstanding record of 12-1, making them one of the strongest JV teams at Blair this year.

Senior Eve Brown has been a pitcher on Blair's varsity softball team since her freshman year. Brown has pitched the majority of the games for the past two years and achieved a record of 12-1 for this past season, striking out 82 batters in 72 innings. Her only loss was against Chesapeake in the state semifinals.

Despite the fact that the girls' lacrosse team (2-4) has lost to two teams, B-CC and Whitman, that it beat last year, the team remains confident that it can rebound, said senior co-captain Tessa Mork.

Blair softball knocked out of States in semi-final round

Blair softball made history this year with its first ever appearance in the State Championships, where the team remained positive despite an 8-0 loss. The Blazers (17-4) held their own defensively against Chesapeake (23-0) for the first half of the game before being overwhelmed by the Cougars. Chesapeake senior pitcher Megan Hyson shut down the Blazer offense from start to finish, coming close to a no-hitter.

The varsity softball team (16-3) will go on to the next round of the playoffs following a 5-0 victory against Magruder (2-1-14). Blair played a sound game with very few mistakes, dominating both offensively and defensively.

Blair softball (15-3) played an intense and highly competitive game against the Damascus Hornets (15-1) to close off the regular season. The Blazers stayed even with Damascus for much of the game, but the Hornets eventually pulled ahead to win 3-1.

The Blair softball team (15-2) defeated the Richard Montgomery Rockets (4-10) by a score of 9-3 in a game filled with several runs and defensive stops.

The Blair softball team (13-2) narrowly defeated the Churchill Bulldogs (6-6) in a nail-biting yet low scoring game that disappointed both the players and coach.

In a last push before spring-break starts in earnest, the softball team (11-1) moved through their double-header to win both games by sizeable advantages.

As Coach Louis Hoelman puts it, the catcher is the "quarterback of the defense," meaning that it is senior Emily Haislip who calls the shots.

The Blair softball team (9-1) clinched an exciting game characterized by quick shutdown innings followed by occasional bursts of excitement from both teams.

Blair softball (2-0) defeated Clarksburg (1-1) by a score of 8-1, with a combination of superior pitching, hitting and teamwork.

Blair's softball team lived up to their high expectations for this year in the first match of the season, beating Northwest by a score of 4-1.

Remember back in elementary school when we had all that time on our hands? Back then, the most nerve-racking part of the day was show-and-tell, and there was always time to play and relax. Now, with all the stress of classes, finals and extra-curriculars, finding a free moment to curl up and read a book can be a challenge. For Blazers looking to squeeze a book between physics homework and soccer practice, Silver Chips provides a selection of four different quick reads that are sure to make a lasting impact.

The Advanced Placement (AP) program is a nationally recognized curriculum in which high school students can take college level classes. Because of the rigor of the course content, AP classes are typically offered only to upperclassmen. However freshmen in some Montgomery County schools can now take certain APs. Blair's current policy does not allow students to take any AP classes during freshman year.

Blair's varsity wrestling team (2-3) smashed the Kennedy Cavaliers (0-4) in an easy victory amidst a season with mixed results.

Montgomery County officials have determined Tri-State Management, LLC as a potential contractor for the yet to be opened Downtown Silver Spring ice rink, following weeks of negotiations with multiple rink contractors. The county has tentatively set late December as an opening goal for the ice rink.

Blair's wrestling team lost to Blake in their first match of the season this Wednesday by a score of 9-63.

Blazers sticking to their guns

The walls of the room are laden with upwards of 300 guns, including rifles, pistols, shotguns and revolvers. And no, this is not a military operation. This is a shooting range.

Surviving the Anacostia: a feat for fish and environmentalists alike

A glance out at the river makes it clear there was a storm the night before. The water is coffee colored and moving swiftly, carrying tree trunks, soda bottles and soccer balls, basically any trash you can think of – it's all there.

A night in Bollywood, but without the crowds

The entrance is almost hidden and the place is dark. The sign outside proclaims that the restaurant is "Open!" but it doesn't look convincing. But inside a different story unfolds, a story of travels and trips, of delicious food and spices.

The chicken kebabs are excessively spicy.