Down, but not out

There was a loose ball, and a pileup ensued. The play moved to the other end of the court, and everyone in the stands followed the action, except for Dawn Smith, senior Gabrielle Smith's mother, who was focused on her daughter. Blazer shooting guard Gabrielle didn't get up and follow the play like everyone else. She lay on the gym floor curled up in a ball.

As her mother watched, Gabrielle began to yell out in pain. Frantic, Smith ran off the bleachers, because Gabrielle had never been a crier - she always got up after a hit and shook it off. But Gabrielle didn't get up after this hit.

Photo: Senior Gabrielle Smith in a game last December, two weeks before a concusion sidelined her for the year.

Photo: Senior Gabrielle Smith in a game last December, two weeks before a concusion sidelined her for the year.  Photo courtesy of Molly Ellison.

When Smith got there, Gabrielle's pupils were dilated, and at first she couldn't say anything. Then she told her mother what was wrong, "It feels like ants are escaping out of my head," she said.

According to Doctor Meagan Sady of Children's National Medical Center, Gabrielle's reaction is not unusual. A concussion can change the way a person feels or thinks because it can alter brain wave signals. "When a concussion occurs, it disrupts the way the brain normally functions. When brain signals are not transmitted properly, individuals can have sensations that seem odd or unusual," she says.

According to Children's National Medical Center, more than three million children a year get concussions, but only between ten and twenty percent are severe. Yet the repercussions for severe concussions can be extreme. Although getting a concussion during her junior year made Gabrielle's life more difficult, she was also able to grow and learn from the challenges it posed.

Barely a month after Gabrielle's injury, the girls' basketball team suffered another loss. Senior Johanna Lopez was going for a layup during a game against Magruder and as she was in the air, another player clipped the back of her legs and she fell. Lopez fell straight backwards, without time to brace the fall, and the back of her head slammed into the hard wooden floor. She got up and shook it off, but when she went to shoot her free-throws, there wasn't one basket. There were three.

Lopez missed her first shot, but aimed at the real basket the second time around and made her shot.

Lopez sat out the rest of the game and went to the Emergency Room that night. "I was dizzy and had a bad headache," Lopez explained. "I was just out of it. You could tell by looking in my eyes." 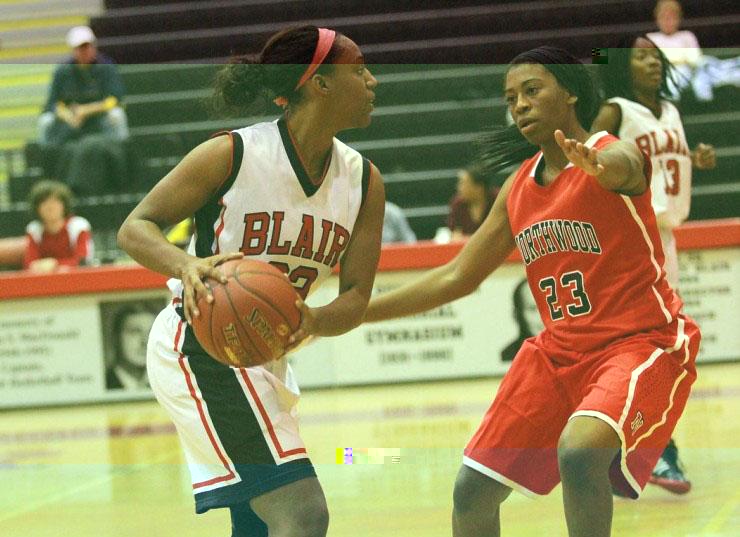 Photo: Senior Johanna Lopez got a concussion last Februrary, but returned to play. Lopez is a big part of the offense; she scored 16 points against Northwood.

Photo: Senior Johanna Lopez got a concussion last Februrary, but returned to play. Lopez is a big part of the offense; she scored 16 points against Northwood.  Photo courtesy of Tolu Omokehinde.

Unlike Lopez, Gabrielle doesn't remember much from that day because her memory was affected by the hit. Smith presents a more holistic view of the situation. As Gabrielle was diving for the ball, another girl's forehead hit the back of her head. Gabrielle screamed and blacked out, at which point Smith came down on to the court. Gabrielle had little control over her body, "Her face was frozen and her voice was monotone," Smith said. "It was very vacant, like no one was home." Smith tried to calm her daughter down by having her breath evenly, but Gabrielle began to cry.

Smith walked her daughter over to the bench once she could sit up, but there, Gabrielle kept on trying to fall asleep. "That's when I realized that she couldn't hold her head on her own, she couldn't support her body. She kept on saying she was sleepy," Smith said.

Smith decided to get her car and bring Gabrielle to the doctor's office, leaving Gabrielle on the bleachers with the JV coach and a huge bag of ice. On her way out the door, however, she heard the coach ask Gabrielle a simple question: "Who's that?" she asked. The coach pointed to Lopez, Gabrielle's teammate and friend since childhood. Gabrielle did not recognize her best friend, and that is when Smith got worried. "At that point I decided to call the ambulance," Smith said.

Gabrielle went to the hospital that night, where doctors tried to determine how serious her concussion was. The doctors did cognitive testing on Gabrielle but were reluctant to inform her parents of the results. "They didn't want to tell us because it was so alarming," Smith said.

Gabrielle was out of school for five months, and had to drop three of her classes in order to keep up. Even with her class load reduced to four, Gabrielle still had trouble because she could only work for a few hours a day. Too much concentration on one activity, and her brain would start shutting down. The lines on the page would become blurred, and there would be nothing to do to regain focus but go to sleep. Gabrielle was homeschooled for four months, and then transitioned to half days of school - the full day was too overwhelming for her injured brain.

It's been almost a year since her concussion, but Gabrielle still gets debilitating migraines. If she concentrates on one thing for too long, like reading for instance, she will slip into what is called a post-concussion migraine. She took the SAT for the first time in June, and half way through the test, the words went fuzzy. The next week, she had a relapse.

Gabrielle has had some severe long-term consequences as a result of her concussion, which was much more severe than the one Lopez sustained. 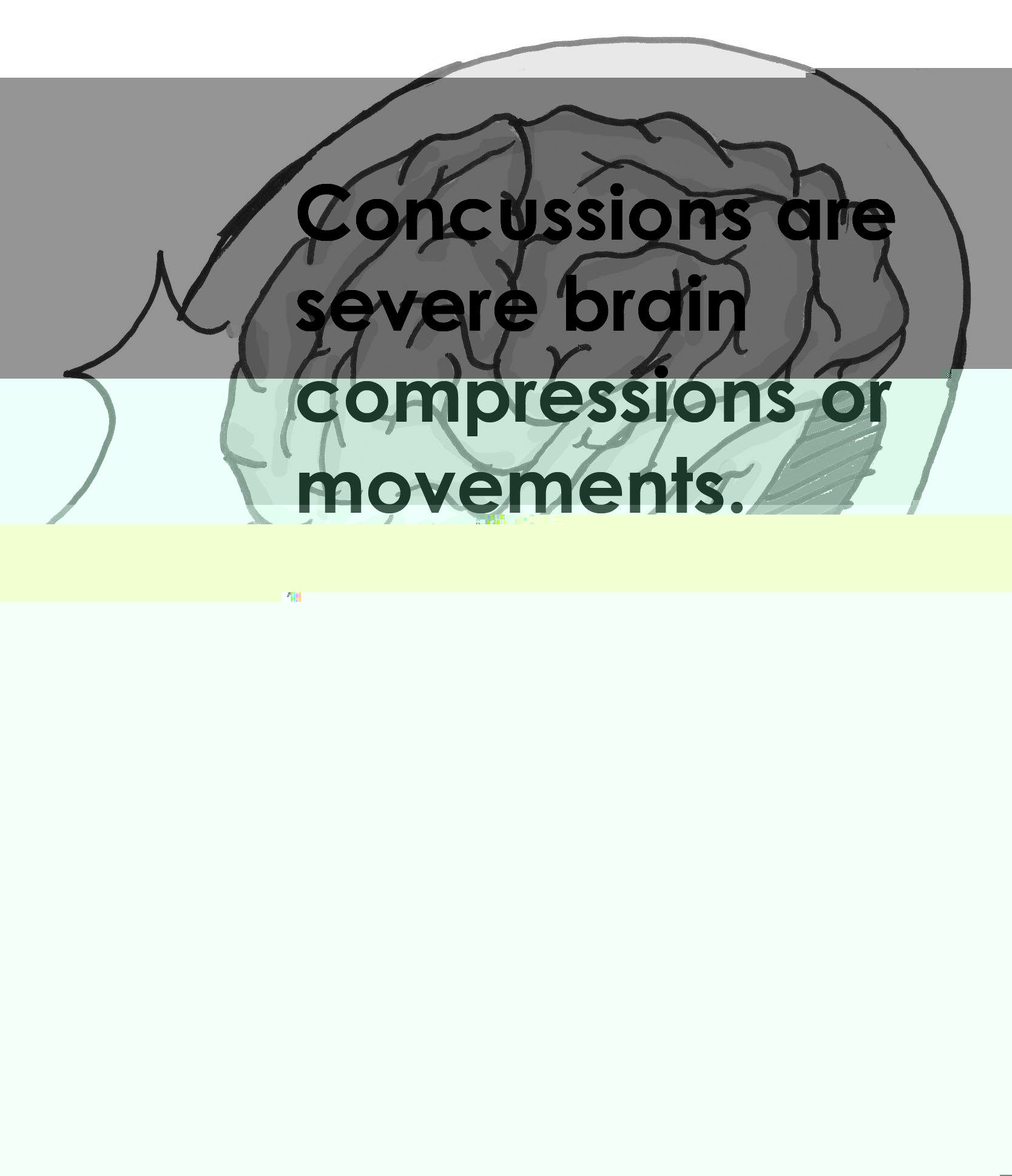 Photo:
Lopez missed two weeks of school with her concussion and four weeks of the basketball season.

She returned in time for playoffs, but even a month after the hit, she wasn't on the top of her game. The concussion affected some of her spatial relations, and her passes tended to be off center or completely miss the mark.

In addition to the physical limitations, the concussion also had an emotional and social toll on these two Blazers. For Gabrielle, it was difficult to not even be able to go out and support her teammates for the first few months. "I couldn't go to the games because it would be too stimulating," Gabrielle said. "I used to cry because I wanted to go."

Gabrielle had a strong support base from friends and teammates, which helped her push through her hardships. When Lopez got her concussion, a little more than a month later, that same support base that mobilized around Gabrielle was there for her too. Lopez explained, "For [Gabrielle] it was even harder. The fact that I had it after hers made them more prepared."

Gabrielle tried to look after Lopez when she got her concussion, and helped explain to Lopez a lot of the things she was going through. "I could help her a lot," Gabrielle said. "We are honestly sisters."

Gabrielle and Lopez have been friends since they were three. They started playing basketball together in second grade, and have always been on a team together.

Gabrielle had a hard choice to make at the beginning of this year's Blair basketball season. According to her doctors, she could have conceivably gone back to play for her senior year, but not without taking a considerable risk. If Gabrielle got another hit to her head during a game, the repercussions would be far more severe than her first concussion - which knocked her out of a year of play as it was. According to Smith, the doctor warned Gabrielle, "If you want to play so bad, play. But you are literally playing with the next two years of your life."

Lopez on the other hand, recovered from her concussion quickly enough to complete the season with Blair. Even though she's back in the game this year, Lopez recognizes that another concussion could be a real setback. "Once you've had a concussion you're more vulnerable," she says. However, the risk of getting a concussion comes with the sport - they really aren't preventable in basketball where it would be impossible for athletes to wear protective gear.

Girls' basketball coach Erin Conley thinks that those who participate in sports are aware of the associated risks, "In athletics there is always the possibility of being injured," she says.

For Lopez, she just tries to play the game, because while aggressiveness might make players more at risk for injury, it is also what defines a strong team. "It's a worry but I should be okay. I'm trying to be injure free for next year," she says. This coming year will be important for Lopez as she prepares for her basketball career.

Lopez joined a summer league exposition team, and was recruited by multiple colleges over the summer. She officially signed with Sacred Heart University, a Division I team, last month and will be attending next fall on a full ride.

According to Smith, Gabrielle questions whether or not she could have gotten a college scholarship were it not for the hit. "There's this looming question," said Smith. "And she will never know."

While Gabrielle regrets not being able to play the sport she loves, she still sees the positives that have come out of her concussion. One of the biggest things that Gabrielle has been able to accomplish is that she has become closely tied to raising concussion awareness across the state.

Last spring, Gabrielle was approached by her doctor, Meagan Sady, to be part of a group to testify in front of the Maryland legislature on a concussion-preparedness bill. The bill evolved what was originally a Maryland Board of Education decree into a state law - that all high school coaches must be trained to identify and respond to concussions. Sady hopes that this bill will help to make athletes, parents and coaches more knowledgeable about concussions, a point which she believes is vitally important. "When more people understand concussions, we can do a better job of keeping our athletes safe," she says.

Gabrielle still attends all the Blair basketball games. She sits on the bench, wearing her old jersey, and cheers her teammates on. She has also been returning to coach small amounts, and has also been interning at a physical therapy center. Even though she can't play basketball right now, she is still involved in the sport and the team culture at Blair.

She has had to adapt to the realities of having a concussion, and in the process of adapting she has learned a lot and tried new things. "I don't regret [getting a concussion]," she says. "I do because I can't play, but it has taught me a lot. Nothing huge had ever happened to me before."

Gabrielle believes that the concussion has made her strong. She had to deal with major setbacks her junior year, but maintained her love for the sport. But more than anything, the experience of having a concussion has taught Gabrielle to appreciate everything and anything in life, "You can benefit from even the worst situations," she says.