For UMD, cutting their sports can only lead to losses

Imagine: You are a freshman at the University of Maryland. Senior year of high school, you applied to a range of colleges, scouring state schools and private universities for a competitive, top-ranked swim team. You chose your state school, and, with a sizeable amount of scholarship money under your belt, you suit up for your first practice of the season.

But within weeks of your first go on the starting block, you are met with some disturbing news: the University's athletic program is out of money and your team is being cut, along with seven other varsity sports teams.

Photo:
These are tough financial times and everyone recognizes that some belt tightening is in order. However, the University of Maryland went to drastic measures when it cut eight athletic programs - as it simultaneously invested $7.2 million into revamping the president's mansion.

This incident is an astounding confusion of priorities that will hurt not only the athletes attending the University of Maryland now, but strips past athletes of their legacies and future athletes as well. These teams were cut in an effort to balance the athletic budget, a program which has been dysfunctional for multiple years. Mismanagement of outgoing funds, and lower turn out rates at games put the UMD athletic department in the red; the backup funds have all been used, and these eight teams are going to take the hit. It is absolutely catastrophic that a school as big and prestigious as Maryland must resort to such extreme measures.

The root problem is that the University of Maryland athletic budget is simply not sustainable. One of the biggest causes of this disparity is the income the University receives for athletics from outside donors is much lower than the money received by its peers in the Atlantic Coast Conference (ACC). This puts all of Maryland's sports teams at a disadvantage, which the president is trying to correct by discontinuing programs.

College sports are traditionally centered around football and men's basketball, and Maryland is no exception - despite the fact that Maryland football was 2-10 this past season and decreased ticket return rates are a huge reason for the budget failure. The men's and women's swim teams and the men's track and cross country, on the other hand, are high performing Division I teams with a long history of athletic excellence. All three teams have consistently performed well in the ACC and in fact are some of the best performing teams at Maryland. The men's cross-country coach is an Olympic Gold medalist who will be coaching this year's U.S. Olympic team in London, and yet these are the teams that are being handed the short end of the stick.

UMD spends on swimming a small fraction of what it dispenses for other sports like football and basketball. Football has a huge roster of over 60 student-athletes, who receive all kinds of benefits from the school. Swim and Dive is a small expense for Maryland and even some of those expenses could be easily cut. Two years ago, the swimming facility was updated with a major grant. This new facility is green and environmentally friendly, but the swim team is forced to pay increased rates to use their own pool. Rather than looking for a comprehensive solution to the problem and taking small austerity measures across the board, the University decided to make drastic cuts that will deprive some 100 students of the sports they love.

Such an action not only does a disservice to the University and those students who participate in the cut sports, it also sets a dangerous precedent for other colleges at a time when competitive swimming is just starting to gain traction in the world of sports. 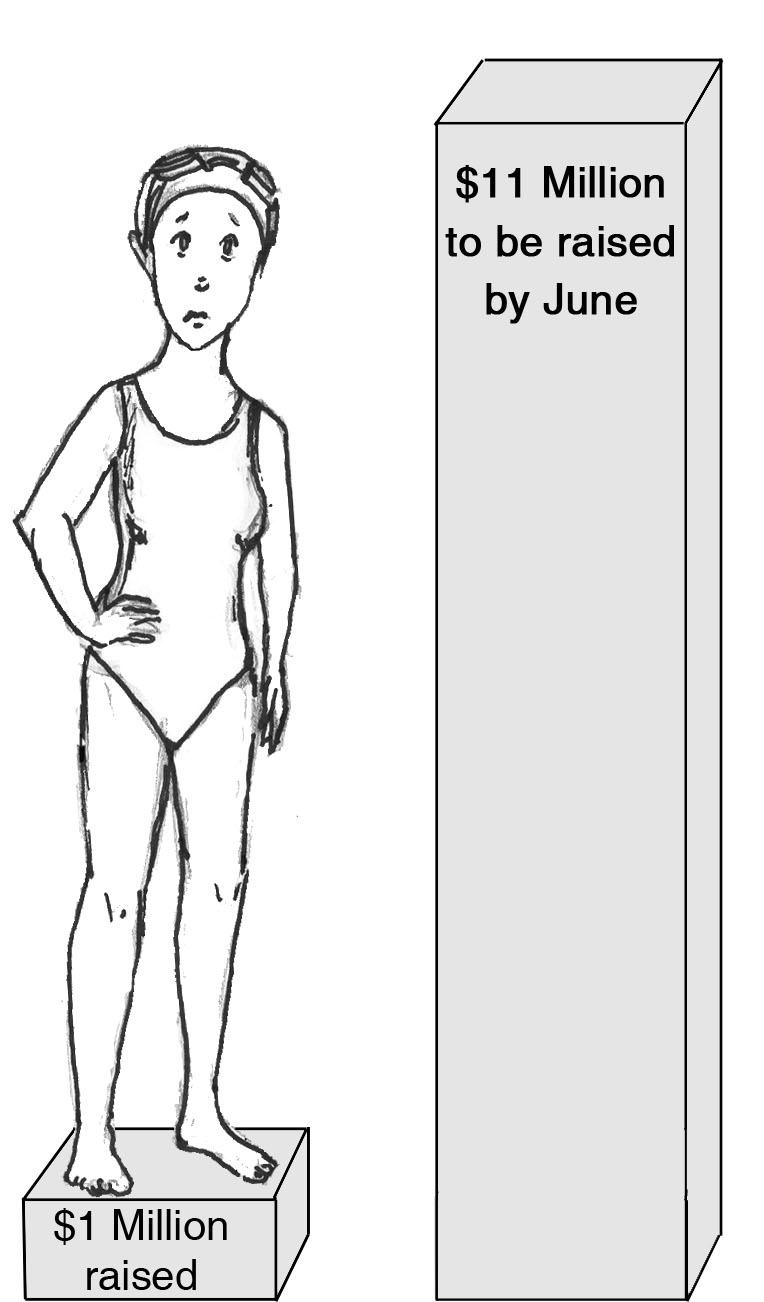 Photo:
The sporting world has reached out to these teams that are on the chopping block through donations and vocal support. Former Olympians such as swimmer Michael Phelps have tweeted about Maryland's plight. Yet despite the media buzz, the Swim and Dive team has only raised $1 million of the necessary $11 million. Each of the eight teams has the opportunity to save themselves - all they have to do is raise eight years' worth of their team's expenses in the space of seven short months. This number is so outrageously high that it begs the question as to whether or not the University seriously wants these teams.

UMD should care about teams like these because their priority should be to work in the best interest of students. Athletics can be an incredibly important part of a person's college experience, and by cutting these eight programs, the University is souring its name and limiting the confidence observers place in its status as a top university that looks out for everyone and maintains strong programs for athletes.

If you are interested in helping to save the Maryland Swim and Dive (or any of the other six cut teams), visit www.umterps.com/school-bio/save_our_sports.hmtl.