Blazers sticking to their guns

The walls of the room are laden with upwards of 300 guns, including rifles, pistols, shotguns and revolvers. And no, this is not a military operation. This is a shooting range.

There are 24 shooting ranges within a 25-mile radius of Silver Spring. In an area of Starbucks and hybrid cars, the idea of a shooting range can seem strange to many. Despite this stigma, a handful of Blazers view the thrilling and rewarding sport as a way to demonstrate respect for such potentially devastating weapons. 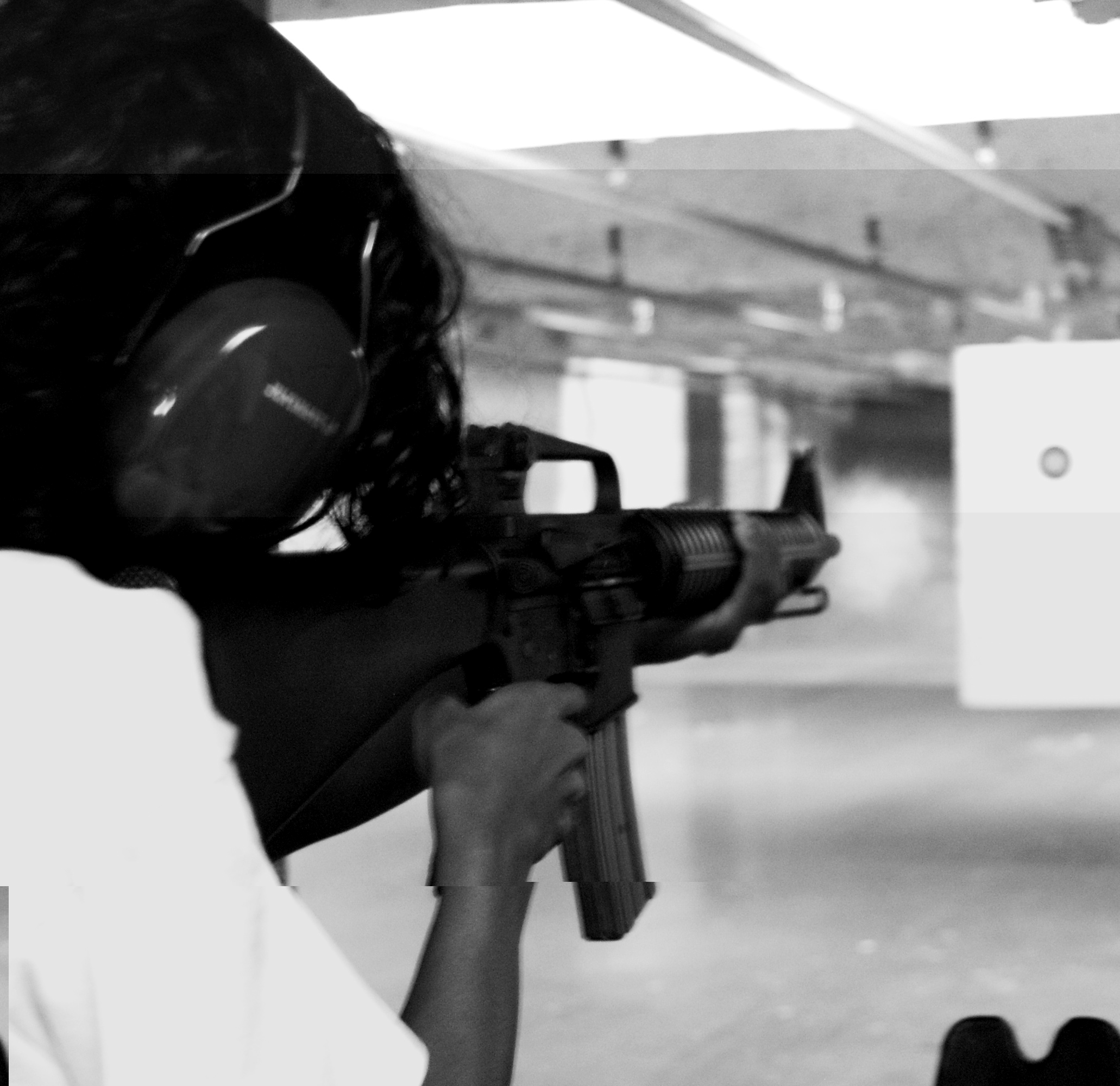 Photo:
Shooting is a precise art; even the small up and down motion of your breathing can cause the bullet to veer off course. And when the target is just over thirty feet away and the bulls-eye is the size of your finger-nail, precision is what counts.

Senior Jed Tan practices shooting once a week at Damascus Air Rifle club, where he trains for competitions. He was introduced to shooting in sixth grade by his dad's friend but didn't seriously start shooting until ninth grade. This past July, the team went to Alabama for the Junior Olympics, where Tan placed in the top half of all contestants.

While at the range, Tan wears shooting glasses, ear plugs, gloves and leathers, which keep the gun from shaking. In order to get good at consistently hitting the bull's-eye under pressure, commitment and hard work are crucial. "It's really hard to concentrate," says Tan. "You have to be patient. Your heart beat shakes your rifle."

Ask Senior Elliot George why he enjoys shooting, and his answer is simple. "Because it's shooting a gun!" he exclaims. He explains that he likes the rush and rewards of being a good shot. "It's just a fun experience and you're using something that is so powerful and it's all under your control," he says.

Tan, on the other hand, identifies more closely with a frequently overlooked pleasure in shooting: its relaxation. For him, the steady loading, shooting and reloading is calming. "It's unlike basketball which is always changing," he explains. "Shooting remains the same."

Junior Kathryn Waychoff frequently shoots BB guns with her family in her backyard, using ladders and old boards as targets. Waychoff shoots not for the thrill but to build skill and accuracy and to bond with her family. "Shooting involves competition rather than violence for my family," she says.

Waychoff has noticed by participating in shooting she has entered into a male-dominated activity, "Shooting is definitely a boy thing to do," she says. "Most of my friends who are girls think that it's kind of scary and dangerous." But Waychoff, like Tan and Elliot, sees many different positive aspects of shooting which can be enjoyed by all different kinds of people.

Shooting is not for the faint of heart. During the first couple of minutes in the range, each successive shot makes even confident people jump. The guns are heavy, and the recoil can be dramatic. Some shooters use targets that are silhouettes of people, with the bull's-eye on the heart. While using a human silhouette may help cops — who work for public safety — many would question why civilians train to hit and kill people.

But Tan is a firm believer that shooting by no means causes aggression. He stresses that shooting is just another sport, like baseball. "It doesn't make you violent or anything," he says. "If you're a pitcher, you have to target too. I don't think I'm a violent guy." 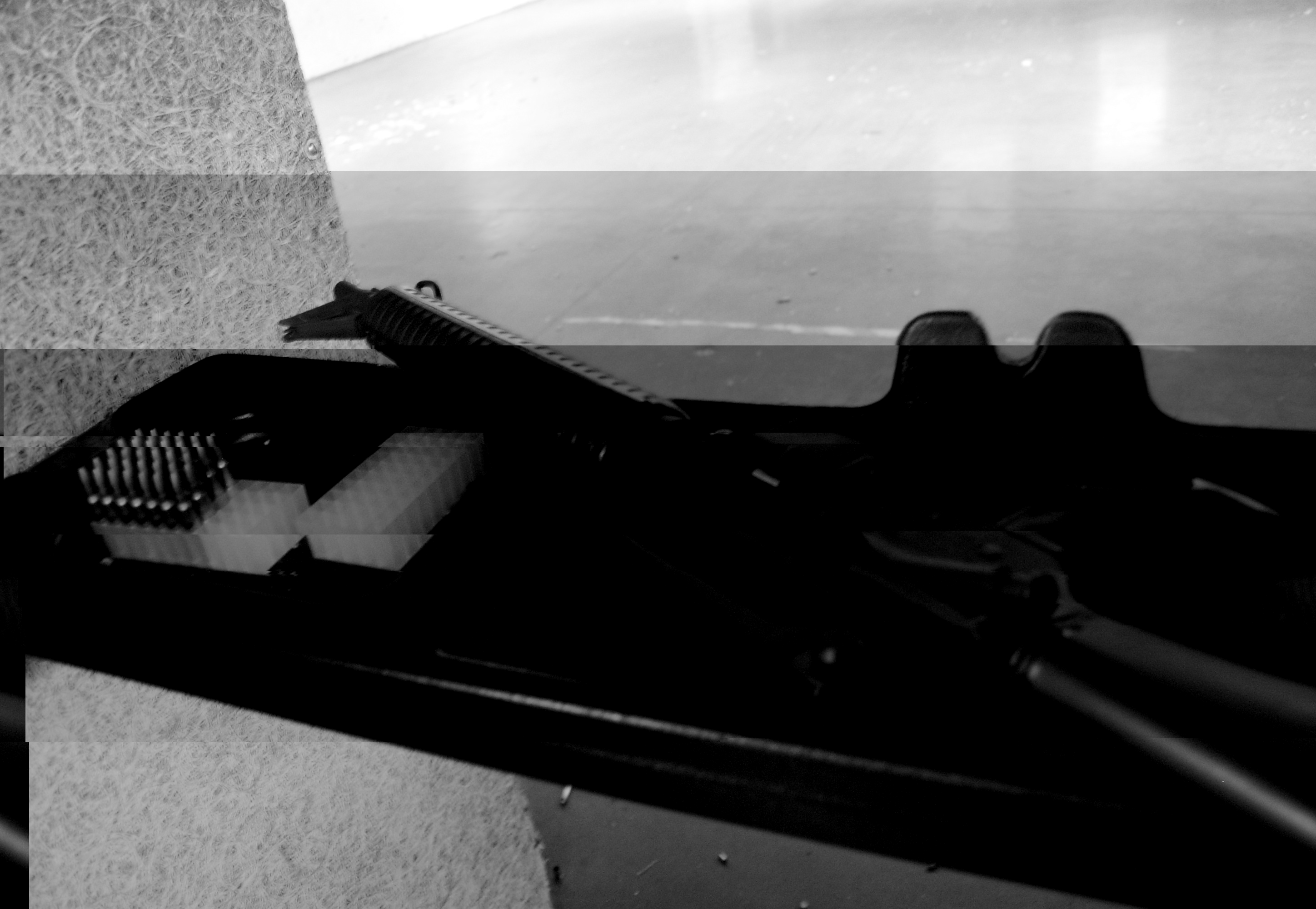 George finds that people frequently believe that shooting a gun is like in the movies, which completely contradicts what shooting actually feels like. "It's not hard to pull the trigger, but it is hard to aim and hit the target," he says.

These Blazers believe another common misguided assumption is that there is an age when a person is too young to shoot. George does not consider shooting at a young age to have any psychological drawbacks and stresses that the method of exposure to a gun is really what determines their reaction to it. George comments about acceptable ages for a kid to be shooting, "As long as they can carry it!" but later qualifies his statement, saying, "as long as it is introduced as a sport and not a weapon. You are exposed to much worse; it's all about how you are exposed to it."

For George and Tan, the how of shooting, and the maturity and respect, are more important than the when. Tan explains, "When you appreciate what [a gun] is, it is not a toy anymore. It becomes much more serious."