Off the court, they relive the glory of their matches, mentally prepare for upcoming games and train. On the court, they are a single-headed beast, a forceful entity that destroys all competition. Who knew Division III rec basketball was this extreme?

Truth be told, it's not. Despite what the players may brag about, no one gets kicked out of rec league games and Scrap City has only received one technical foul. The intensity is something the players choose to bring to the court, but these athletes know that winning isn't everything - beneath the swagger and bravado, these Blazers play to have a good time with their friends. 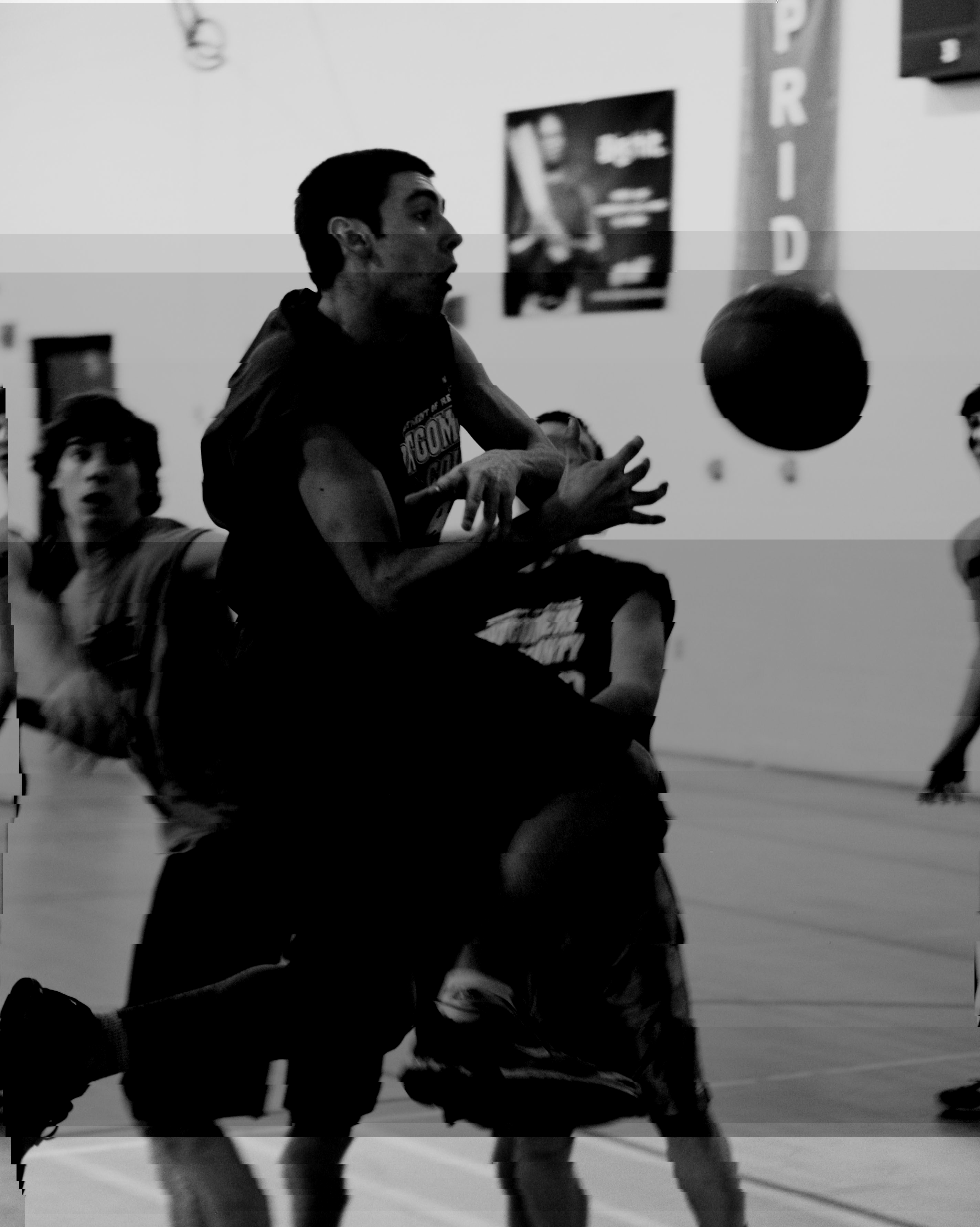 Photo: Senior Anthony Curcio of Tuff Bucketz vaults into the air as he propels the ball to the hoop.

Photo: Senior Anthony Curcio of Tuff Bucketz vaults into the air as he propels the ball to the hoop.

The team likes to spread rumors about their games, but hearing them talk and watching them play are two entirely different experiences. Rec league basketball popularity has swept through Blair this year. The big rivalry game between Scrap City and NiceBoyz, another Blair team composed mostly of Magnet students, drew over 90 fans alone. The longest existing rec team at Blair, the Tuff Bucketz, served as an inspiration to many other blazers, but plays in a higher division than Scrap City and Niceboyz. Each of these teams stemmed from a solid group of friends in search of a way to hang out, have fun and be competitive. And they found the perfect outlet for their energy and enthusiasm in Montgomery County's rec basketball league.

Just as important to the teams as success are their names. Study hall adviser Mary Nawabi served as the inspiration for the NiceBoyz. Senior team member Sean Shiang says that many of the team members have had her as an advisor and fondly remember her saying things like, "Have a good day, nice boys," and, "How are you, nice boys?" The team decided to honor Nawabi because, according to Shiang, "We keep her close to our hearts. The team also changed the "s" to a "z" for stylistic purposes.

While the NiceBoyz's name comes from study hall, the nickname Tuff Bucketz was born on the streets. When senior Anthony Curcio played pick-up basketball, fellow players would yell "tough buckets!” whenever they made a shot. He adopted the street slang as the team name and it stuck.

Scrap City's name was derived from a different street phrase, "scraping", which means to fight. The players make it a point to live up to their name and motto: "Scrap or die." The team is all about hightening the intensity of every second of play. "We fight for every inch and scrap for every point," says junior Richard Griner. "Blood and tears are shed every game," he says.

The twelve senior and junior boys who make up Scrap City think of themselves as the biggest thing to hit Blair since Goldie Hawn in 1963. For a team that considers itself to be top notch, the players on Scrap City are incredibly laidback. Playing for a relaxed rec league with practices only once a week allows the players to take the team as seriously - or as not-seriously - as they want. They choose to practice, they choose to play competitively and they also choose, in the words of Scrap City Coach Miles Fisher, to, "act like total goofballs."

Many of the players had Fisher as a coach when they played for Blair's baseball team. They say they admired his coaching style that was highlighted by his easy-going attitude. Rather than pushing his own agenda, Fisher listens to the players and works with them toward the communal goal of having fun while staying competitive. The beauty of the rec league is that the players decide their goal — not the league, the school or the parents.

Fisher's own experience in high school with selfish coaches informs many of the decisions he makes as Scrap City coach. The team feels more comfortable with Fisher rather than a parent-coach and finds him relatable because he is closer to them in age. "Having Fisher as a coach allows us to really be ourselves," says senior Topher Zuleger-Freeman. "We can be open with him." 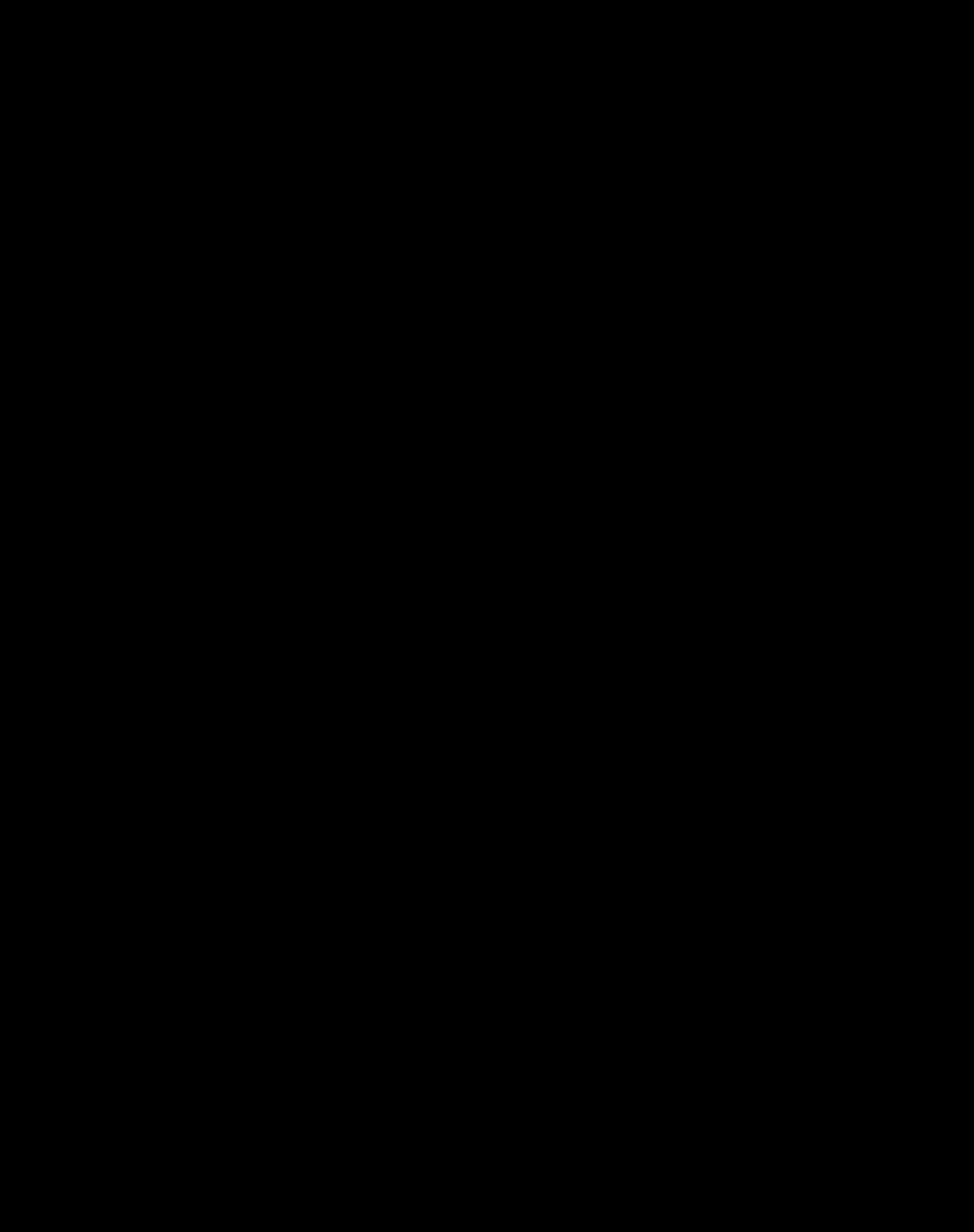 The team practices once a week to hone skills, scrimmage, goof around and review their secret in-depth plays which, according to Fisher, are on "Scrap City lock down” (read: non existent). The NiceBoyz on the other hand, take a more formal approach in their coaching and practice styles. Two members of the team, Quinn Shen and Sean Shiang, serve as primary drill coaches, but everyone helps develop plays. "We try to coach ourselves by looking for good plays and strategies online, simulating them at practice and applying them to games," says senior Dennis Li.

NiceBoyz were able to put their strategies to the test in a match-up against Scrap City that took place in early February. NiceBoyz fans were pitted against their Scrap City classmates in what the teams and fans describe as the Blair showdown of the century. Scrap City won the game 26-23, but since lost to the NiceBoyz in an informal scrimmage.

But for members of the two teams, the competition that began this year has forged bonds across different groups of friends. During school, members of the opposing teams exaggerate the drama of the basketball court. Not only do the rec teams bring friends and teammates closer together, at a big school like Blair, they can bring rivals together too.

This rivalry may carry on into the next school year, even though many of the members are graduating. Scrap City currently has three members who are juniors, all of whom are adamant about continuing to play on the team next year. They will base their acceptances onto the team on two things: basketball skill, and, for the most part, swag. Swag is an overall aura of coolness, coming from the root word 'swagger'. According to Griner, "It has no definition, but you can tell when you see it."

Although it looks like this may be the end of Nice Boyz, Tuff Bucketz have already begun passing on their mantel to the younger generation. Who knows what the rec basketball scene will look like at Blair next year?