Blazers fall in first home game of the season

Despite a strong start, the boys' varsity lacrosse team (0-2) fell to the B-CC Barons (1-1) by a final score of 14-4. The Blazers struggled offensively, especially in the second half, and were unable to make plays at crucial moments. 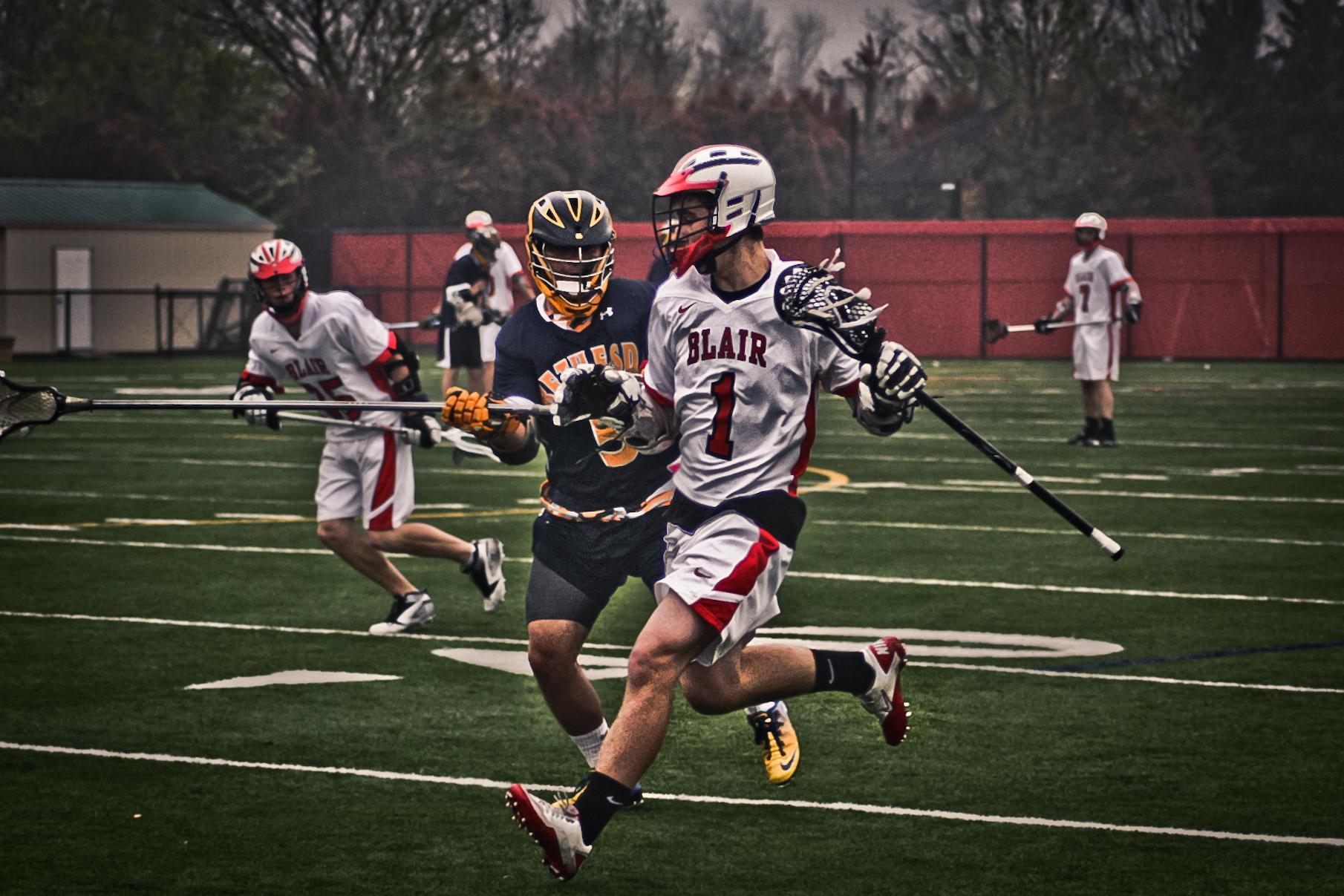 Photo: Senior co-captain Sean Reilly brings the ball into Baron territory early on in the game.

Photo: Senior co-captain Sean Reilly brings the ball into Baron territory early on in the game.

The Barons were consistently on top of their game, and were relentless in hammering junior goalie Joshua Blockstein, who finished off the game with 15 saves. The Barons were well disciplined on offense, and were able to penetrate the Blazer defense with accurate passes and hard shots. Sophomore Zach Scarano had the most shots-on-goal and led the team in scoring, with two goals. Junior Andy Slenkovich and senior Eric Colbert followed up with one goal each.

The first quarter was back and forth, with B-CC scoring and Blair responding immediately. The quarter ended promisingly with Blair only down by one goal. According to Blockstein, the game's pivotal moment came at the beginning of the second quarter when B-CC scored despite aggressive defense. From that point forward, the Blazers were unable to stick with the Barons, who quickly hammered out one goal after another. The half closed out with Blair trailing 9-4. 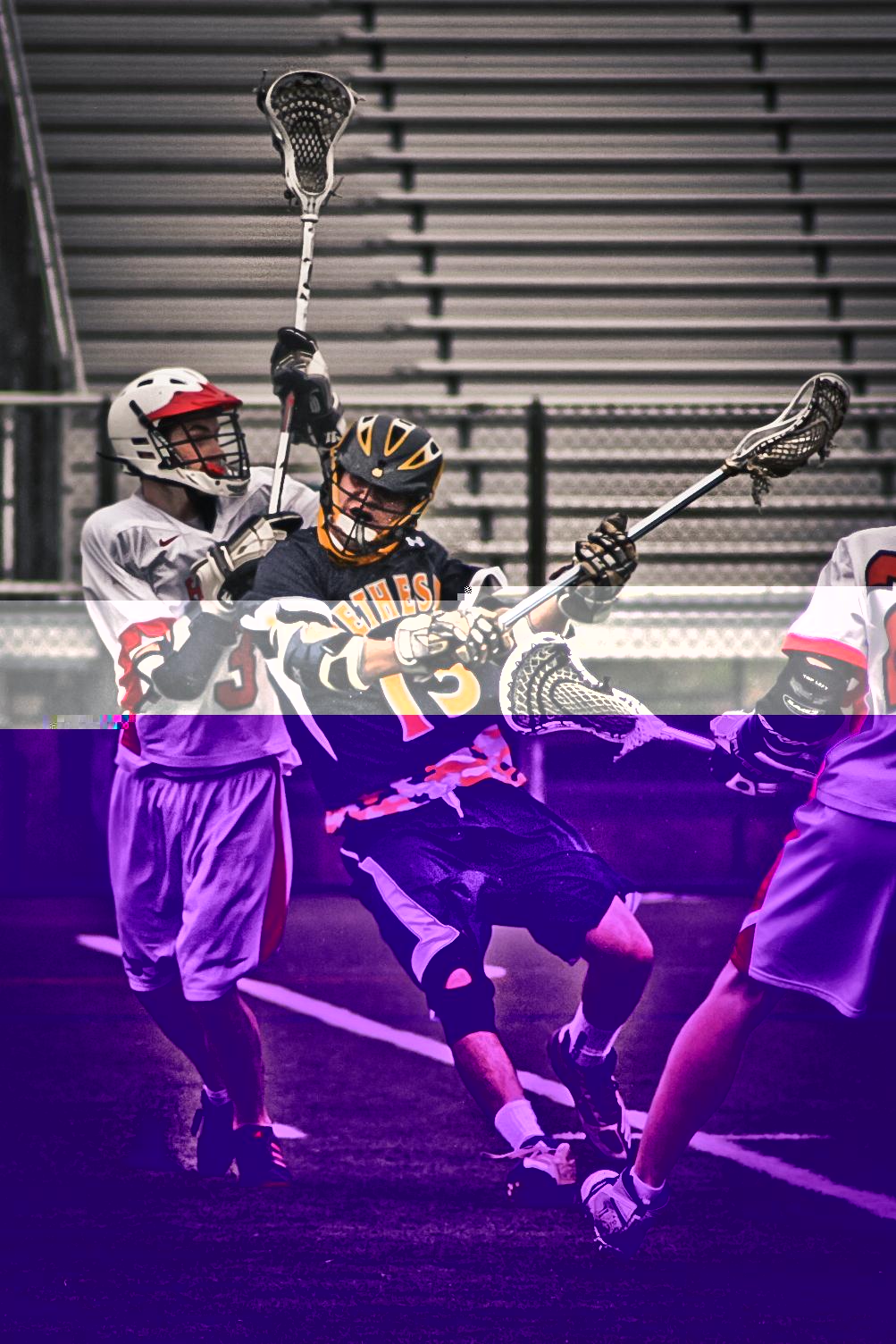 Photo: Senior Alex Stuart fights for possession of the ball.

Photo: Senior Alex Stuart fights for possession of the ball.

Blair did not score again in the second half, and they had very few shots on goal during the latter half of the game. The Blazers lacked the aggression that propelled them forward in the first quarter, and made simple errors, according to Blockstein. "People weren't picking each other up, they were making mistakes," he said. "Our offense was out of sync. Some of our play makers couldn't get anything going."

Head coach Chris Brown thought that Blair lacked a strong mentality - especially after B-CC started pulling ahead. "There weren't any fundamental skills lacking today, it was just mental," he said. Afterwards, the players were disappointed with their playing. Senior co-captain Matt Whitney put it simply, "The score reflects our performance," he said.

Despite the driving rain and slippery field conditions, Blockstein was adamant that Blair could have played better. "There are no excuses. We've got to pick it up strong at the next practice. As a team we lost, and as a team we have to get better," he said.

Brown hopes that with the time off over the weekend, his players will be able to reflect on the game and come back focused. "On Monday we're going to have a change of gears," he said. "Definite win on Tuesday."

The boys' varsity lacrosse team will play their next home game on Tuesday, March 27 against Gaithersburg at 7:00 p.m.