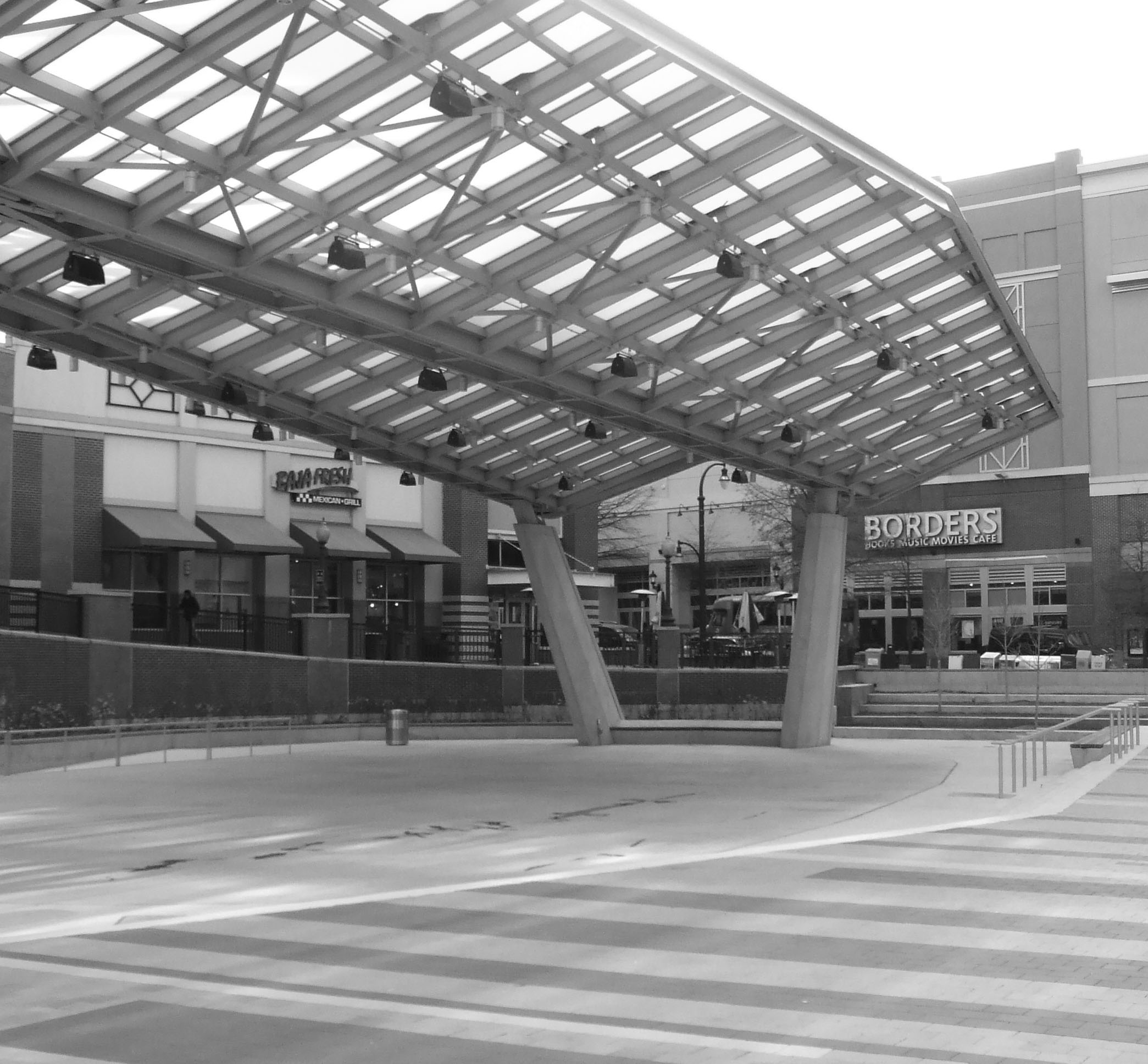 Photo: The ice rink in front of the Civic Center remains empty.

Photo: The ice rink in front of the Civic Center remains empty.

Montgomery County officials have determined Tri-State Management, LLC as a potential contractor for the yet to be opened Downtown Silver Spring ice rink, following weeks of negotiations with multiple rink contractors. The county has tentatively set late December as an opening goal for the ice rink.

According to David Dise, director of the Department of General Services, the contractor will be responsible for ice rink operation and management and will pay a fraction of the rink's revenue to the county.

The county asked that the contractors pay a fixed monthly fee of $5,000 or the equivalent in revenue sharing, but this was a major point of contention to the rink contractors. Rink Management services declined the contract because of the money issues, according to Dise. "Rink Management informed the County that it determined the final negotiated agreement was not one under which it could profitably operate," Dise said, citing this as the reason for the contractor's withdrawal.

Tri-States permits have yet to be finalized, and there are a couple of typical mobilizing kinks that sill need to be worked out, but Dise is hopeful that rink will be open before Christmas.

According to Reemberto Rodriguez, director of the Silver Spring Regional Services Center, this is the first time Montgomery Count has ever built an ice rink and they are faced with a whole new set of problems and complex issues which have added to the delays. In addition to the choosing of a contractor, the dual-purpose of the rink itself - an ice rink in the winter and an open pavilion in the summer - posed some technical and logistical difficulties. "This rink is like none other in the county," he said. "It is a public square, and [an ice rink] is something we really haven't done before."

Contractor complexities are why the ice rink did not open on Nov. 20 - as was published on the Silver Spring Regional Service Center website. Members of the community were expecting the rink to open before the Thanksgiving Day Parade, but Rodriguez said that the date on the website was not a firm date and that the project was not actually delayed. "We want to do this right, not rushed," Rodriguez said.

Prior to Nov. 20, Rink Management Services was issued a notice of intent of award, which says that the contract is likely to be executed but gives competitors the opportunity to protest the decision. However, this award was withdrawn by Dise due to a procedural error.

Rodriguez expressed regret at not being able to open to rink on Nov. 20. "I realize we missed an opportunity," he said. But Rodriguez also added that the public has not missed too much of the skating season given the recent warm weather.

Unlike many current projects in the county, the Silver Spring ice rink's delays have nothing to do with budget shortfalls, said Dise. All expenses for the rink will be paid for by the contractor; in fact, the rink will generate revenue for the county. Tri State Management is legally bound to pay a certain percentage of their income to the contractor, according to Dise.

Jessica Fusillo, a member of the Citizens Advisory Board, a lobbying group within the Silver Spring Regional Services Center, feels that the negotiations are in the public interest. "We are very picky about who we bring on board and we really want the best for Silver Spring," said Fusillo.