They were shooting for sixth place. Then scores were announced - B-CC, 48; Whittman, 64; Wootton, 105; then finally Blair, 157. The Blazers edged out Churchill by a mere two points to take 4th, in what was one the team's most successful meets of the season. Despite a muddy course, the Blazers were able to pick up traction, and two girls were even able to PR. 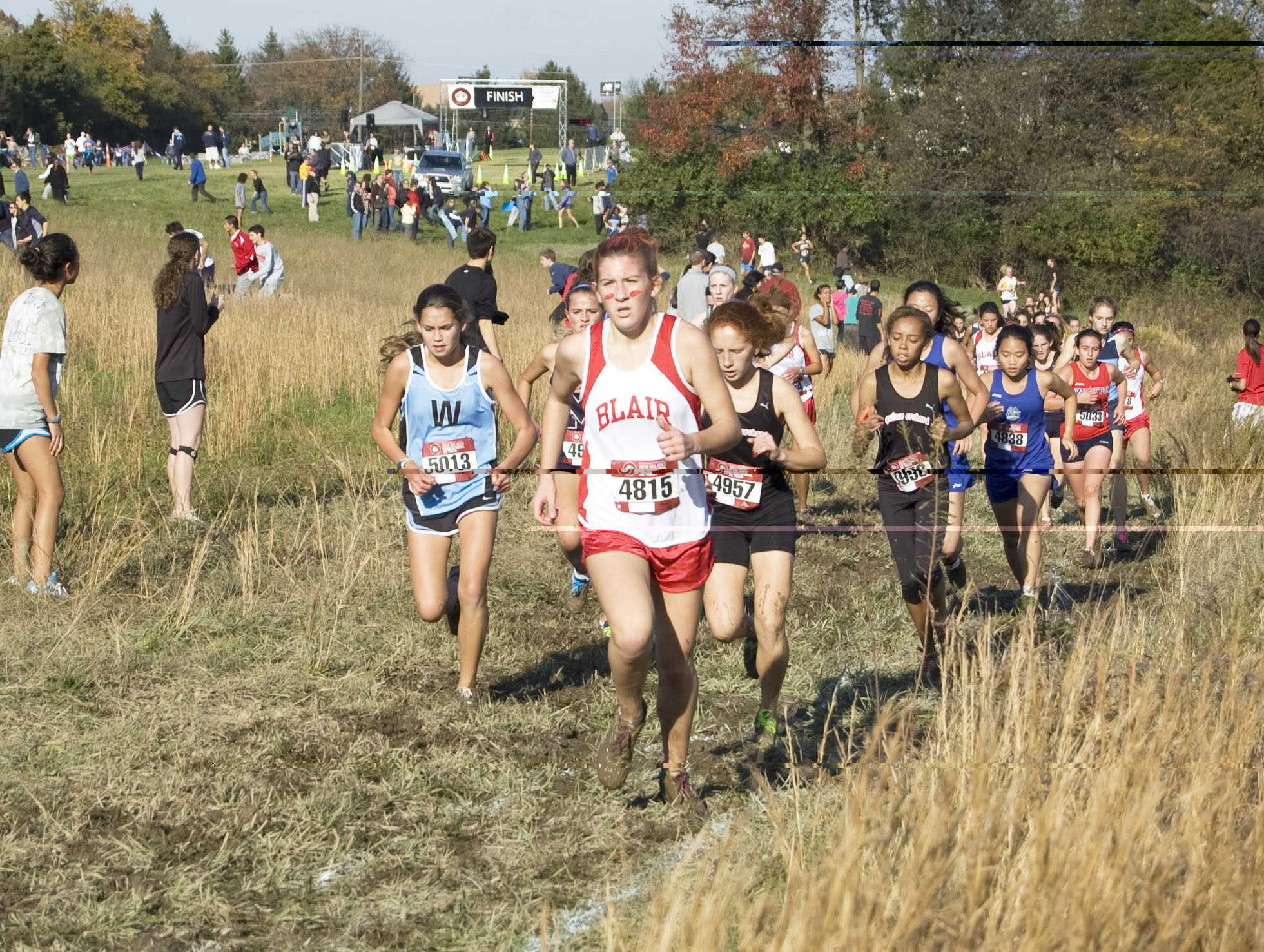 Photo: Senior Hannah Buchek came in 30th place and was the second Blazer to complete the race.

Photo: Senior Hannah Buchek came in 30th place and was the second Blazer to complete the race.

Out of the seven girls who ran for Blair, only sophomore Morgana D'Ottavi qualified for States individually with a time of 19:51.8 for the five-kilometer course. Even though the rest of the team didn't qualify individually, as a team they work well enough together and had enough depth to place in front of teams with more top-of-the-line runners.

According to coach James Demma, the team is greater than the individual runners. "We have one athlete that is going to all county, the rest of them worked together," he said. Four of the runners did the first mile together as a pack, which is unusual according to Demma.

In cross-country, the place the runner comes in during the race corresponds to the number of points their team gets; the team with the least number of points then wins. D'Ottavi came in 5th place, and was followed by a strong support of runners: senior Hannah Buchek, sophomore Lily Durkee, junior Jinhie Skarda and freshman Laura Klett who came in 30th, 34th, 38th and 50th respectively.

At the beginning of the season, the girls' squad made it a goal to qualify for States this year. They pulled together during their last race of the season and look forward to competing this coming weekend at Hereford. Captain Hannah Buchek is looking forward to going to States as part of the Blair squad. "I'm really excited," she said. "It's something we had been hoping to do last year, and this year I'm a senior."

Cross-country has a long season, one that is about a month longer than most other sports. Demma believes that the girls dealt well with this long season by training hard and then tapering off for the last week. They came into the race well rested, and many improved on their base times. Blair raced this course three weeks ago in similar conditions, which gives Demma a good benchmark to compare the more recent times to.

Durkie in particular pulled through in this race and broke her PR by more than 40 seconds, and shaved a whole two minutes off her previous time on this course. Klett also broke her best by more than two minutes, a significant margin that contributed to beating the Churchill squad.

The team was surprised to beat Churchill because they have a number of top runners, whereas Blair really only has one runner (D'Ottavi) in the top rung. "It's incredible that we beat Churchill," Demma said. "It's unbelievable."

The Blazers will have another chance to go up against Churchill again at States, and hopefully they will be able to repeat this Thursday's performance. Blair is in the 4A-West region, which for cross-country is by far the toughest region in the county. At States, Blair will go up against teams in the other 4A regions, but Demma and other teammates predict that they will fall anywhere from 6th to 10th place.

Buchek on the other hand prefers not to think about what the competition is. For her, maintaining a calm demeanor is important to having a successful race - especially if the race is States. "I want all the girls to be confident in themselves that they made it," she said.

The boys' squad fell behind toward the end of the season this year. According to Demma, the boys started burning out and didn't have the push at the end of the season. They are a novice team, with only one senior in the top five runners - the rest are sophomores and freshmen. Regionals wasn't a strong race for the boys; they placed 12th out of 13 schools.