The varsity softball team (14-2) shut down Watkins Mill (7-7), 10-0, in an effortless Senior Night victory. The Blazers came into the game with enthusiasm, and, despite a slow start, were able to build up a huge lead in the next four innings of play, after which the mercy rule was called. 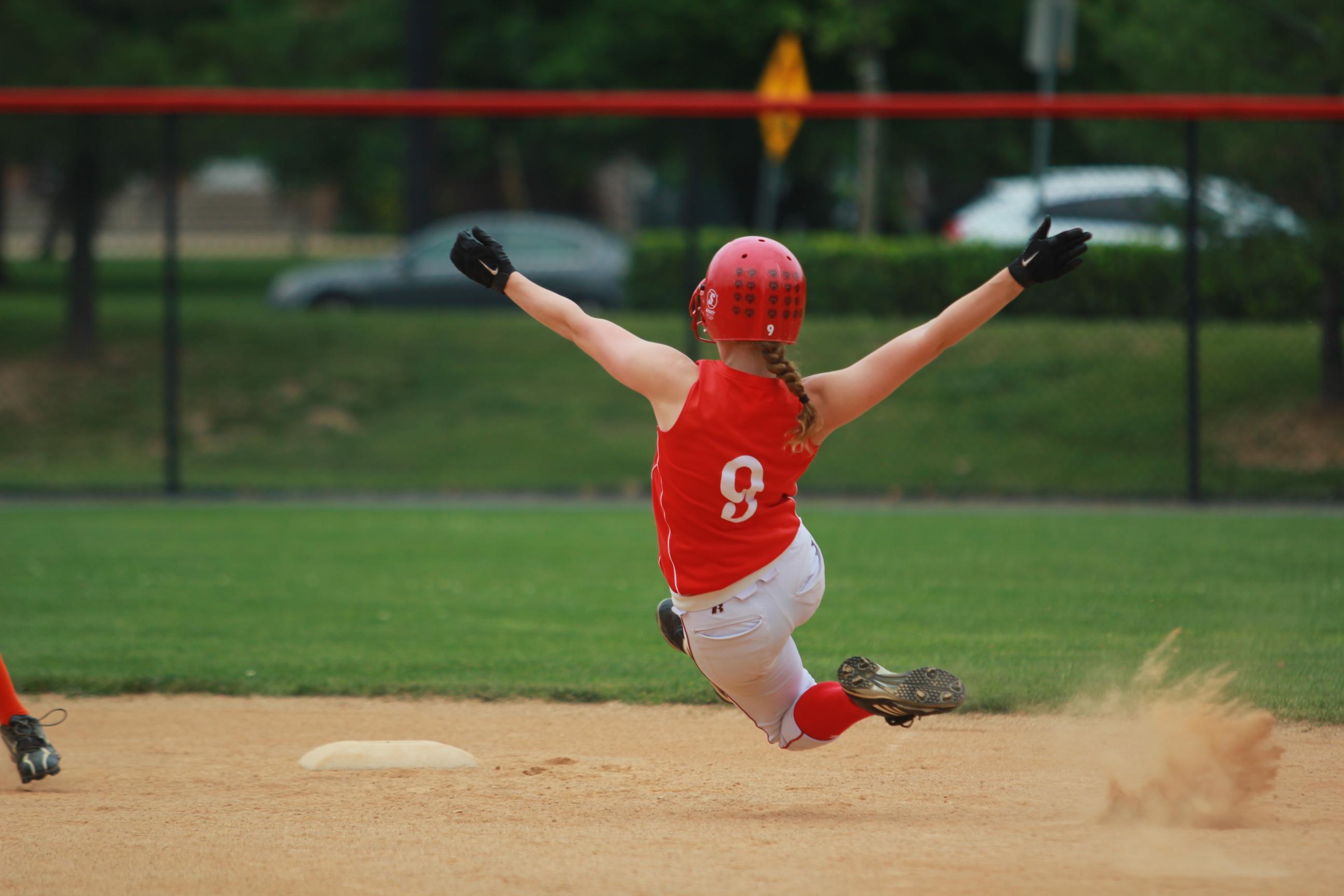 Photo: Senior Molly Nicholson stole several bases over the course of the game.

Photo: Senior Molly Nicholson stole several bases over the course of the game.

The Blazer defense started off strong in the first inning with a strikeout and two easy outs. Getting the offense up and running took a bit longer; it wasn't until the second inning that Blair managed to put any runs on the board."We started off a little slow, but once we got people on base we really started going,” senior Becca Arbacher said.

Freshman Maria Cruz was the first to get an RBI, when her pop up between the shortstop and third baseman and an error in the field allowed two of Blair's runners to score. The Blazers finished the inning up by four runs.

The team played tight and aggressive defense throughout the game and didn't allow any Watkins Mill runners into scoring position. During the top of the third inning, junior Kara Madden managed to hold on to a caught pop fly, despite knocking into Cruz, the catcher. In the confusion, the runner on first tagged up and tried to make it to second, but was thrown out by Madden.

The Blazers continued their offensive push in the next couple innings with strong at bats from several players. "We came together at the right time and everyone got up to bat and delivered,” senior Molly Nicholson said.

As part of the senior night tradition, special focus was put on this year's graduating players. According to Hoelman, the three seniors played well and showed off their skills. He especially highlighted senior Samantha Schweickhardt, who pitched a near perfect game and also had two strong at bats with triples that rolled all the way to the back fence.

In the past two games, Schweickhardt has only allowed two hits, which Hoelman says bodes well for the team's playoff chances this year. "[Schweickhardt] is on a roll,” he said. "I think she can improve from now until the end.”

Leadoff batter Arbacher had some successful at bats and was a key component in wrangling the outfield, although they saw almost no action thanks to Scweickhardt's strong pitching. Despite being hit twice by the ball while at bat, Nicholson was able to use her speed to steal bases and get in scoring position.

The game came to an end in the fifth inning when Schweickhardt hit Arbacher home for the tenth run of the game, a show of senior strength that was a positive end to an already successful night.

The varsity softball team will play their next home game on against Seneca Valley on Wednesday, May 9 at 7:00 p.m.