But never fear, because here at Silver Chips we have put our very best to the task of curing senioritis, and although it's been a daunting task, we may have found a solution. Sports movies have inspired the world time and time again. They provide a window into the romanticized triumphs of the classic conquering underdog. They can raise spirits, inspire confidence - and maybe, just maybe, they can inspire a pair of apathetic upper-classmen to get their acts together for the final leg of the race. 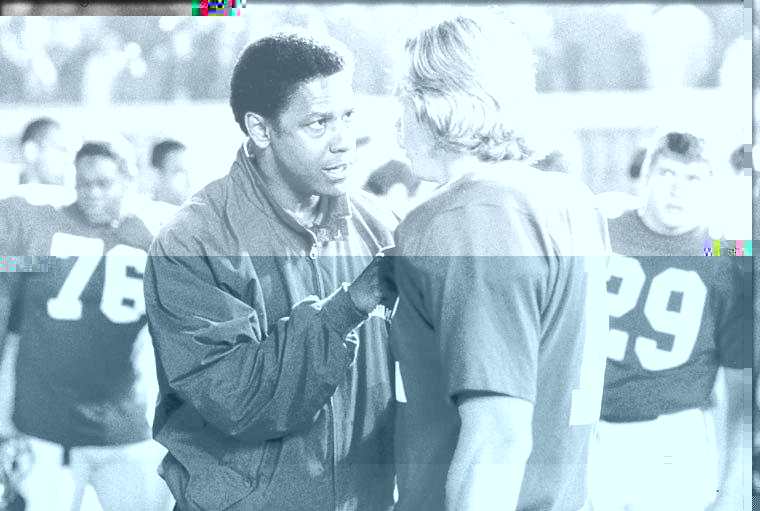 Photo:
Virginia in the 1970s was a scary place. High-waisted pants were the norm, people were stuck in their traditions, and racism prevailed. Against this turbulent background comes a profound and moving story about race and how to get beyond it. "Remember the Titans" isn't just your average sports movie, it is an all around fantastic film that mixes elements of sports lore and personal enlightenment, humor and tragedy.

Academy Award-winning actor Denzel Washington is spot on in his interpretation of Coach Boone, a football coach who is assigned to take over the coaching position from veteran Bill Yoast (Will Patton). Other highlights include a young and very obstinate Hayden Panettiere, and the unlikely friendship that two of the leaders on the team strike up.

In addition to having the compulsory intense-sports-movie soundtrack, "Remember the Titans” also features some classic songs. The actors were such great singers that I was inspired to join in on the chorus of "Ain't No Mountain High Enough" - much to the chagrin of my movie-watching companions.

I got home after school one day feeling dead tired and completely uninspired. It had been an unusually challenging school day, and the mountain of homework on my desk was looking quite unappealing 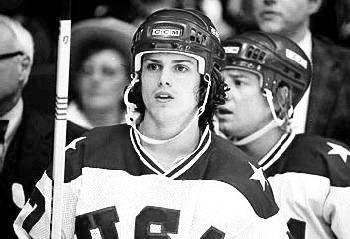 Photo:
What better way to get inspired than to watch the moment of glory when a ragtag group of college hockey players wiped the gloating look off of the professional Soviet hockey team in the 80' Olympics? None, I concluded, and the movie madness began.

"Miracle" is based on the true story of the Lake Placid Olympics, and the six month journey the United States ice-hockey team took to get there. The sport of hockey takes on new meaning in this film in the context of the cold war and the turmoil and confusion the people of the United States felt. The movie is historically accurate and entertaining to boot – "Miracle" should just replace the section on the Cold War in U.S. history textbooks.

In addition, head coach Herb Brooks (Kurt Russell) also gave me some awesome ideas for grueling workouts to which I could submit the crew team. For example, wall sits while passing a 45 pound weight down the line was a favorite of mine that we executed the following day at practice with quite painful (in a good way) results.

The one downside to the movie is that they overplayed the marital drama between Brooks and his wife. It was too much mushy-gushy nonsense for me - I was looking for the body slams. 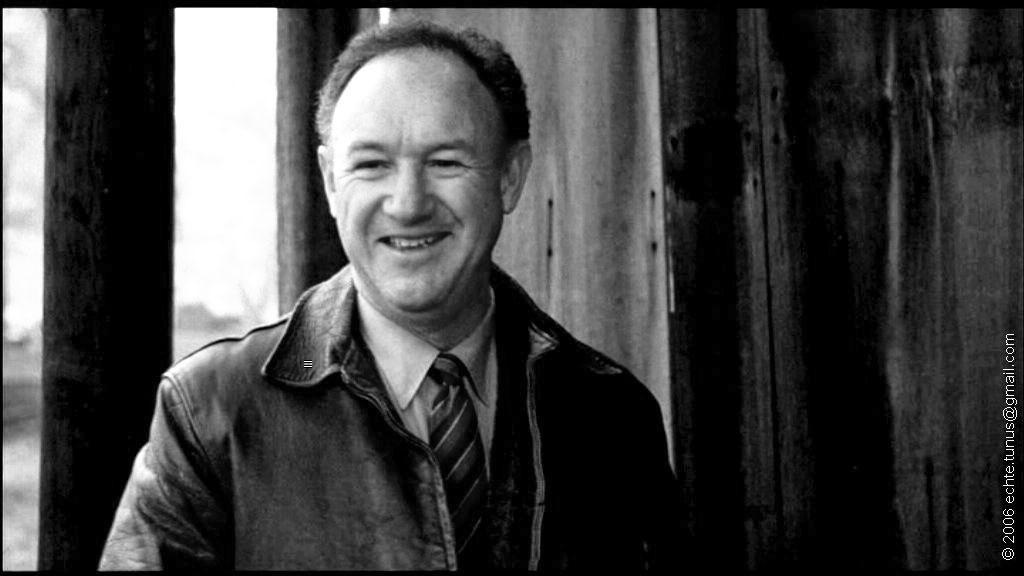 Photo:
"This town doesn't like change much," is one of the first things Norman Dale (Gene Hackman) hears upon accepting the position of basketball coach in Hickory (Hicks-Ville Indiana. From there, it is a constant heart-wrenching struggle for Coach Dale as he tries to win over the athletes and the town to his bizarre coaching style.

The movie has the perfect balance between irreverent humor and deep moments. Hackman captures the emotions of his character, and one of the highlights of the movie is seeing Hackman's adorable smiling face as he finally starts seeing his new team's success. The inspiration comes not only from the basketball team and their wins, but also from the town drunk, Shooter (Dennis Hopper) who sobers up long enough to lead the team through to a tough win.

Current Blair basketball fans aren't allowed to rush the court after the game, as they do multiple times in "Hoosiers," because of MCPS regulations, but if Blair's team ever pulled off the kind of dramatic upset victory that the Huskies did, not even the districts tawdry rules could hold our fans back.

Photo:
Why are there so many boxing movies in the sports film world? From the infamous "Rocky Balboa" to "Against the Ropes" with Meg Ryan and Omar Epps (they try so hard to act tough, they almost pull it off) - boxing always gets a movie audience to its feet with gritty stories of guts, glory and short-shorts. We figured we'd try getting our own blood pumping with some cinematic bloodshed, so
"Million Dollar Baby" made it on the list.

Upon first glance, the film looked like it "could have been a contender” for a higher ranking. Promising older boxer Maggie Fitzgerald (acting goddess Hillary Swank) and her washed up trainer (Clint Eastwood) battle through the ranks of more experienced athletes with gusto - until Maggie is knocked down by a shady punch in the title match and breaks her neck. ‘Inspirational' is perhaps not the first word one would use to describe the jaw-dropping, heart-wrenching agony we felt watching this woman become a quadriplegic. But hey, the acting was pretty good.

We pity the person who has never slow-motion raced themselves to the finish line while rocking out to the enchantingly inspirational pulse of the Academy Award-winning "Chariots of Fire" theme song. 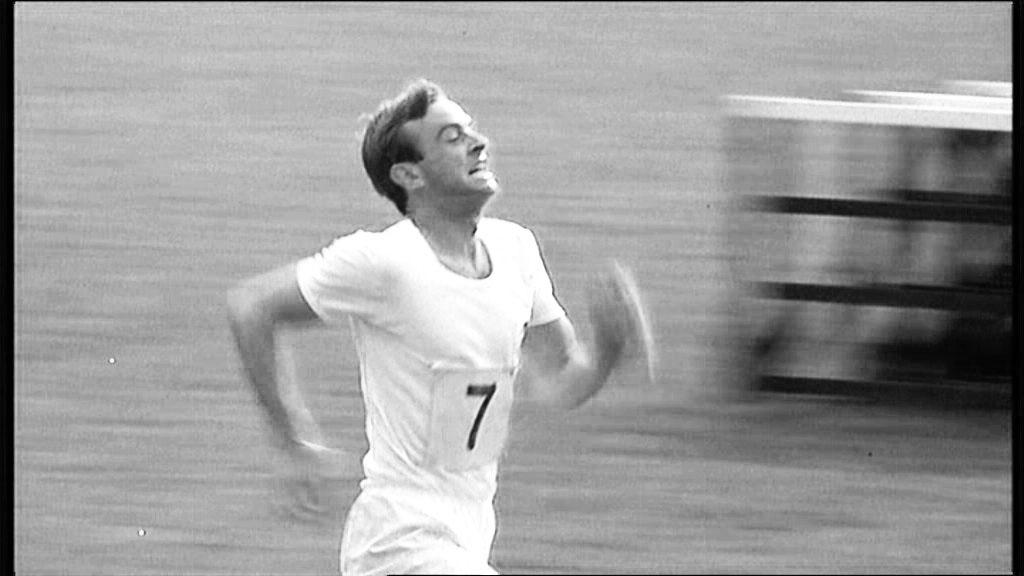 Photo:
Although it's true that the image of white-clad men running barefoot along a stormy serf - mud on their clothes and fire in their hearts - is forever engrained in the minds of sports movie buffs, beyond the opening scene, "Chariots of Fire" felt more like a sermon than a pre-game pep-talk.

It is a film that uses running as an excuse to preach faith and religious tolerance, which is a lovely message for anyone who are not second semester seniors with very brief attention spans.

As it was, "Chariots of Fire" did little to improve our work ethic, and left us a little morally torn between cheering on the rather pleasant Christian or the rather angry (but historically pardoned) Jew.
In the end we gave up and decided that so long as the adorable Lord Andrew Lindsay (Nigel Havers) went home with a medal, we could go home happy.

In short, this movie was frustrating. No, not frustrating - it was agonizing. At every turn in the over-used plot a new batch of sassy exclamations and poorly written quips awaited our bleeding ears. The highlight in the script was when one of the girls called out to the protagonist, "It's not called gym-NICE-stics." 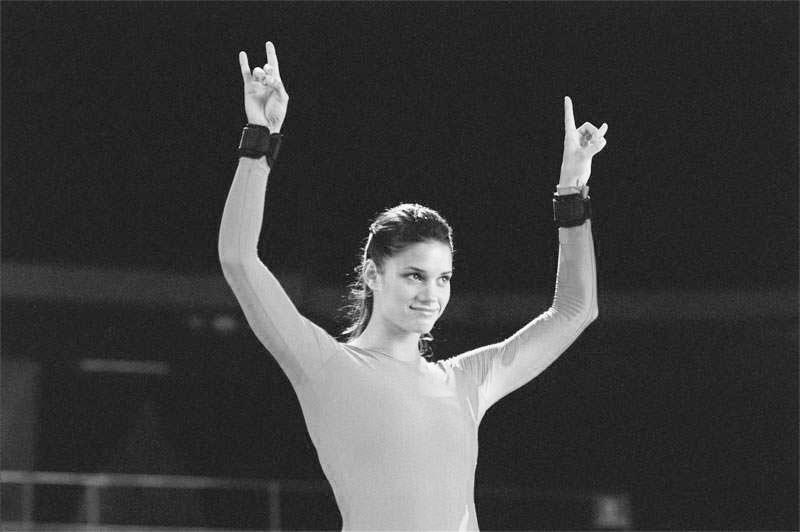 Photo:
If we forgive the movie's painfully low artistic value, the plot itself is about as motivating as an empty coffee pot. A misfit gymnast (Missy Peregrym) is bribed into returning to the sport after she walked out on the Olympic team the previous year (no big deal). She proceeds to royally mess with the work ethic of her fellow athletes and, in the process, sticks it to the proverbial ‘man' of the gymnastics hierarchy by convincing her friends to flub their performances in the national meet. Nothing better for your inner work-horse than a story about a bunch of girls who are congratulated for giving up.