The Blair softball team (10-1) destroyed the Springbrook Blue Devils (4-6) by a final score of 20-1. The mercy rule was called after five innings of play. The Blazers were dominant throughout the game and were able to showcase great depth coming from the bench. 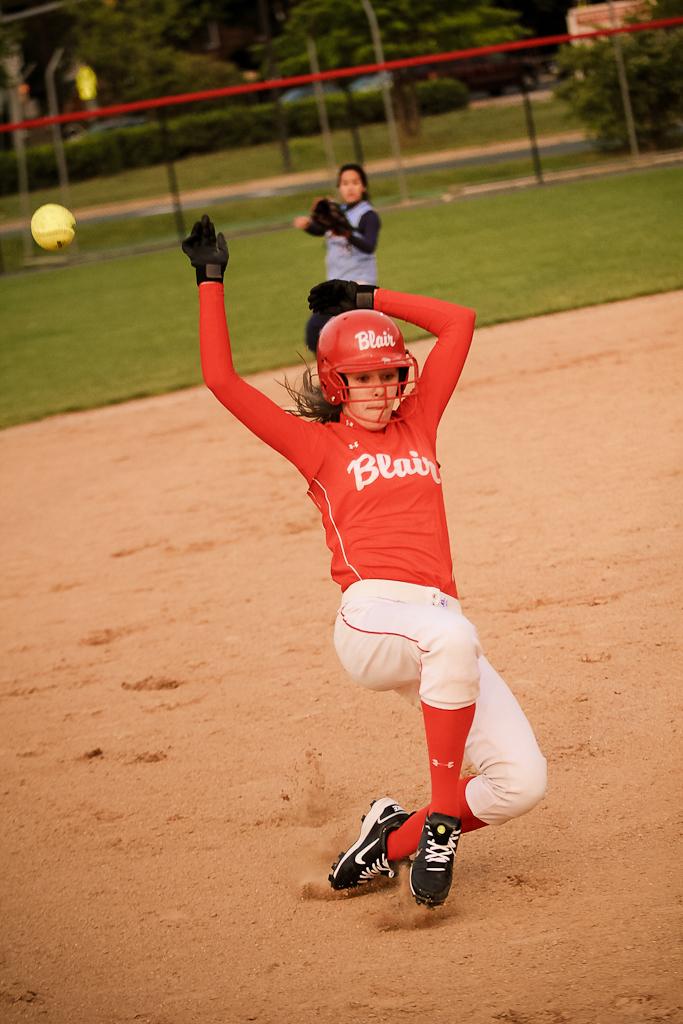 Photo: Freshman Andrea Brown slides into third base. Brown is one of three starting freshmen on the team.

Photo: Freshman Andrea Brown slides into third base. Brown is one of three starting freshmen on the team. Photo courtesy of Tolu Omokehinde.

From the very beginning, it was evident that the Lady Blazers were in the game. Senior co-captain Samantha Schweickhardt was quick to strike out the Springbrook batters, and the Blair offense was able to take control from the get go. Sophomore Annie Pietanza got the ball rolling in the first inning when she sent senior Becca Arbacher and junior Sabine Lipten home. Springbrook was able to get the next two outs after Pietanza's play, but was stopped there. The Blazers easily rounded the bases, with some key fielding errors contributing to Blair's success. Later in that same inning, Pietanza came back up to bat and sent another two runners in.

By the end of the first, Blair was up 10-0, and determined to do more damage. "I think we did really well," Pietanza said. "We had our heads in the game and we didn't play down to their level."

Despite giving up one run in the bottom of the second, the Blazers continued their serious push in that same inning with another eight runs. According to head coach Louis Hoelman, the Blazers were successful because of their ability to take advantage of at-bats. "We did a really good job…We had a focused offense. We hit the ball well tonight," he said. 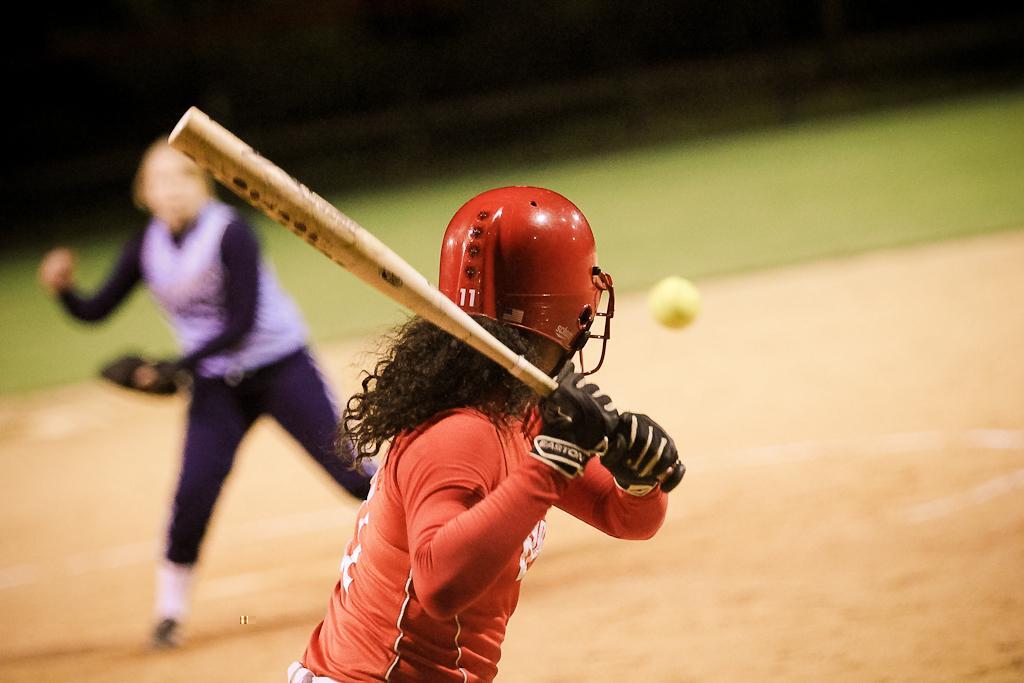 Photo: In addition to being the team's primary catcher, Freshman Maria Cruz also had several strong at bats.

Photo: In addition to being the team's primary catcher, Freshman Maria Cruz also had several strong at bats. Photo courtesy of Tolu Omokehinde.

During the third inning, Hoelman sent relief-pitcher freshman Kerry Madden to the mound. Madden had many strikeouts and only let a couple of runners on base, none of whom scored. Madden was just one of many players who went out in different positions than normal today. Hoelman was able to give the first strand a break which meant that everyone on the team had at least one at bat. "It was a total team win," Hoelman said. "Everyone did something well when they were up."

The game displayed Blair's talented bench, although the team already recognizes the talent they have on the field. "We had no doubt that they were going to step up and play just as well as everyone else," Pietanza said.

The varsity softball team will play its next home game against Northwest on Saturday, April 28 at 1:30 p.m.