Blair varsity baseball (9-6) defeated the Seneca Valley Screaming Eagles (4-3) and the Walter Johnson Wildcats (6-4) in a spring break double-header on Monday. These wins were the sixth and seventh for Blair in a row, pulling the team ahead to a winning record at this point in the season. 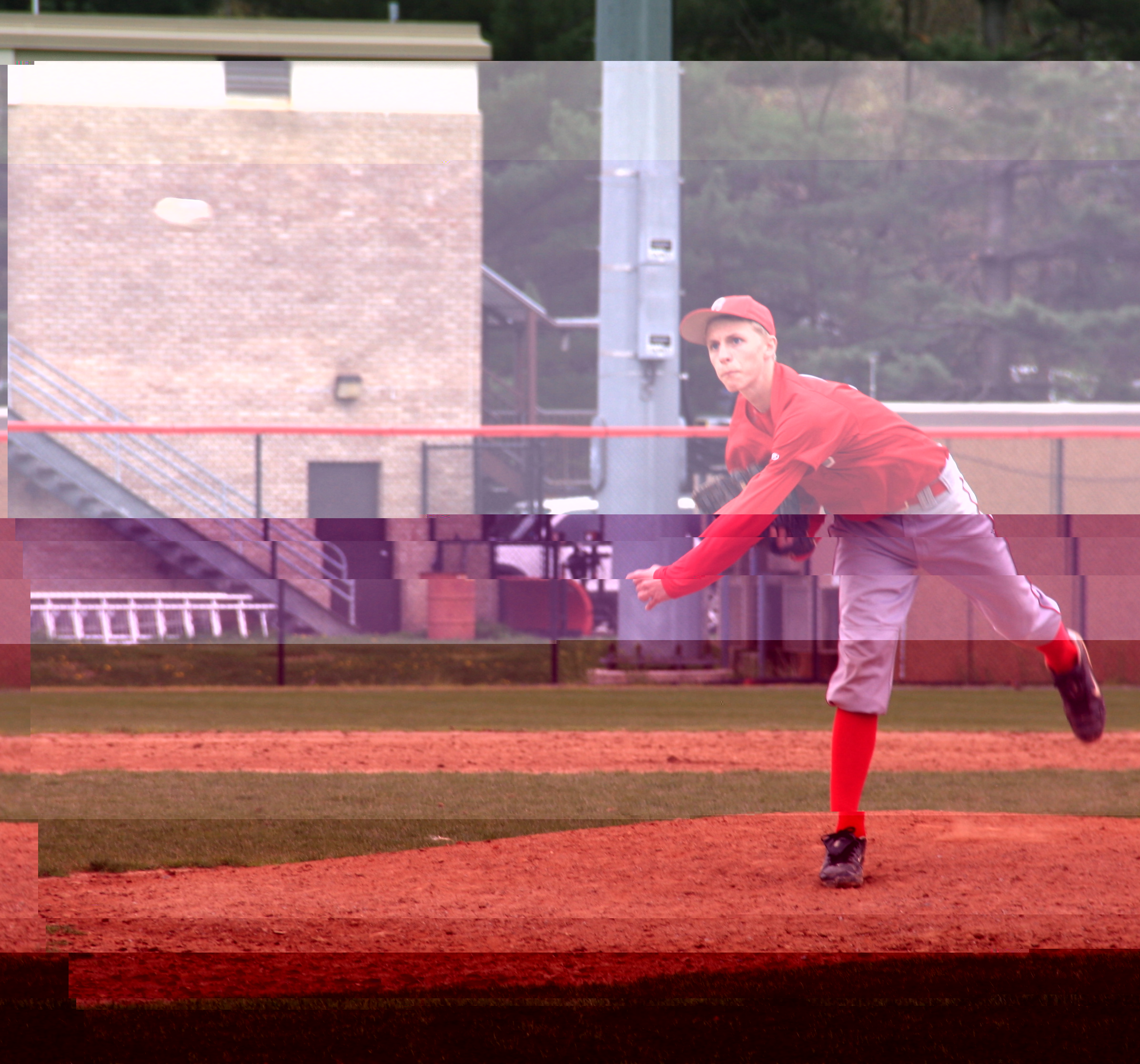 Photo: Senior Pierce Marston pitched a majority of the Walter Johnson game, and helped bring the team to its seventh win in a row.

Photo: Senior Pierce Marston pitched a majority of the Walter Johnson game, and helped bring the team to its seventh win in a row.

The Blazers put Seneca Valley away by a final score of 7-2. Much of Blair's success can be attributed to strong, timely hitting and a solid defense. Seneca Valley scored their only two runs in the top of the first inning, but the Blazers struck back by tying the game in the bottom of the first with a strong hit to left field from senior Ben Buchholz that brought junior Tucker Canary into home. Another RBI by senior Pierce Marston followed. "It was big for us to score two runs at the bottom because it took away [Seneca Valley's] momentum," head coach John MacDonald said.

One decisive defensive play came when a Seneca Valley player hit a ground ball to shortstop, and despite an error at first base, the team recovered to throw out runners at home and third base, ending the inning. Blair held Seneca Valley off defensively for the rest of the game.

Senior Lucas Babinec pitched the first five innings, making his lead-off pitching debut for this season after an injury in the off-season. Babinec remained consistent for the first four innings, but lost steam in the top of the fifth. Freshman Neil Gahart stepped in as relief pitcher for the sixth inning, but let a walk and three hits. Senior Nevin Brown pitched for the seventh inning, striking out three out of four batters to clench the Blair victory.

A decisive offensive play of the WJ game occurred in the bottom of the fifth inning. Canary hit a line drive in between center and right field, earning a double and bringing in two Blair runners. Blair hitters consistently hit well at opportune moments to create and maintain a strong lead.

Marston pitched the first six innings of the Walter Johnson game, and although consistently throwing strikes, many batters were allowed on base. The rest of the Blair defense backed Marston up, however, and only let three Wildcat runners across home plate. Brown proved yet again to be an important asset as a relief pitcher in the final inning, shutting out three out of four hitters and throwing a game-ending strikeout in the final moments of the game.

Blair has been on a long winning streak for the past seven games. MacDonald sees this as an exciting time for the team. "It's a lot of fun right now," he said.

The varsity baseball team will play their next home game on Saturday, April 30 against Churchill at 1:30 p.m.