Blair baseball (8-7) lost to Walter Johnson (5-14) by a final score of 8-4 on the Blazers' senior night. Blair struggled to throw strikes as they fell behind early and were unable to work their way back. "We got to throw more strikes consistently," head coach Eric Zolkiewicz said. 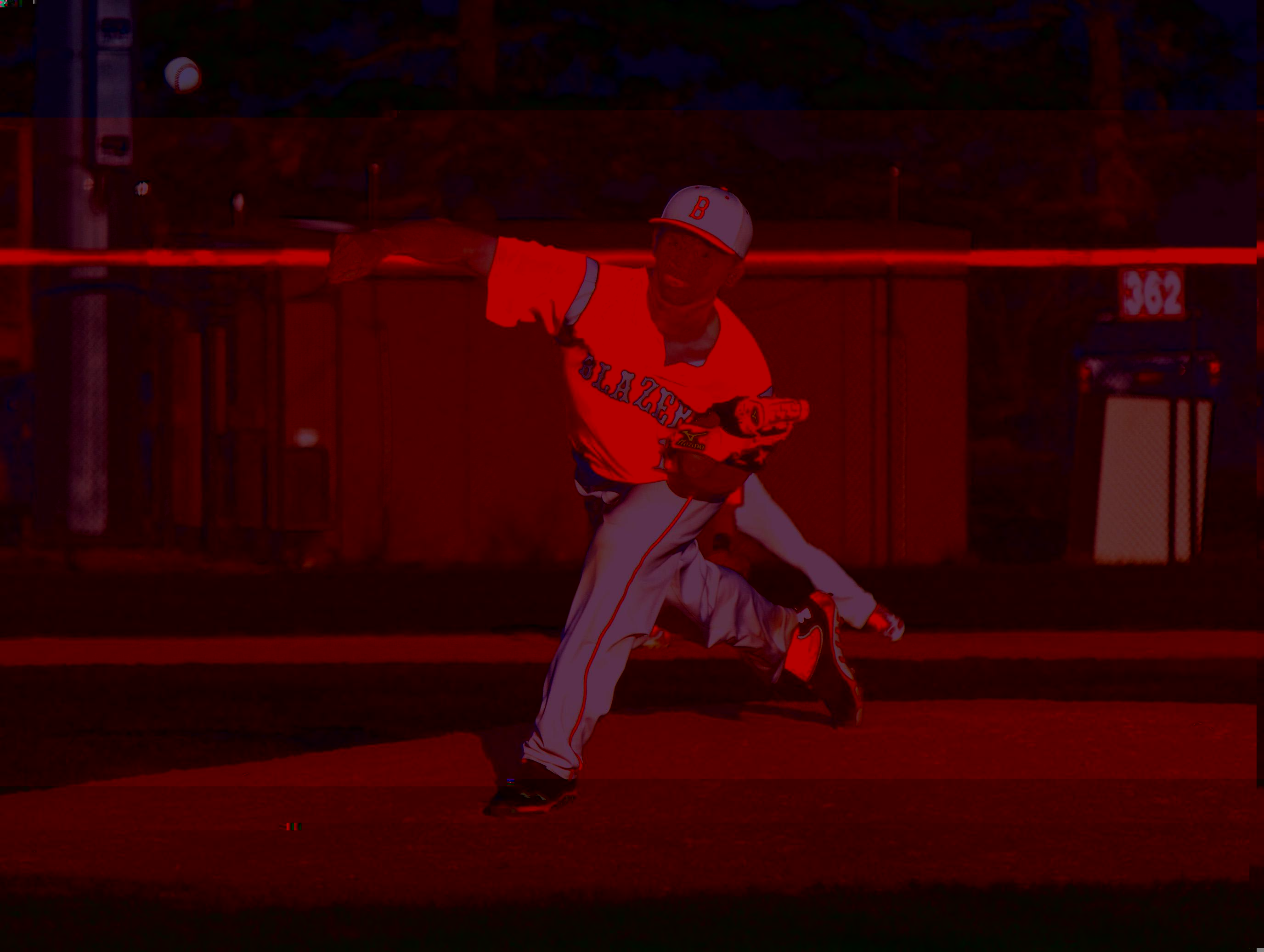 Photo: Senior Patrick Washington started the game for the Blazers.

Photo: Senior Patrick Washington started the game for the Blazers.

After a few runners reached base, a long fly ball went over the head of the right fielder as the Wildcats scored two in the first. The Blazers played better during the second and third innings, allowing no hits but all the while the Blair offense was unable to score a run of their own.

The top of the fourth inning is when the Blazers really fell apart. Senior Patrick Washington walked four men and allowed five runs. "We had that one bad inning where we walked so many [Walter Johnson players]," junior Neil Gahart said. Senior Lowell Ensel relieved Washington during the fourth inning when there were two outs. Ensel walked one more and allowed one more run.

The Blazers got on the board in the fourth on a ground out but by that point the damage had been done. "The score was eight nothing but we kept fighting," Zolkiewicz said.

Blair's offense really got going in the fifth inning as they plated two more runs. Junior Kyle Desiderio scored on a passed ball and junior Jack Estrin hit a sacrifice fly to center field allowing Gahart to score a run.

The Blazers did not allow Wildcat on base during the top of the sixth and seventh innings. During the bottom of the sixth inning, Blair scored their final run when senior Jacob Buchholz scored off of sophomore Jorge Noda's single.

Despite the final score of the game, the Blazers did play well. "We hit better than in the past few games [which is a] pretty important thing," Gahart said.

Gahart feels that the team did not play terribly. "We didn't do anything awful we just had one inning where we fell apart," he said.

The playoffs start Friday, May 10. Game time and location are to be determined.

Jacob Buchholz is a sports editor for Silver Chips Online.