Battering on the Boulevard 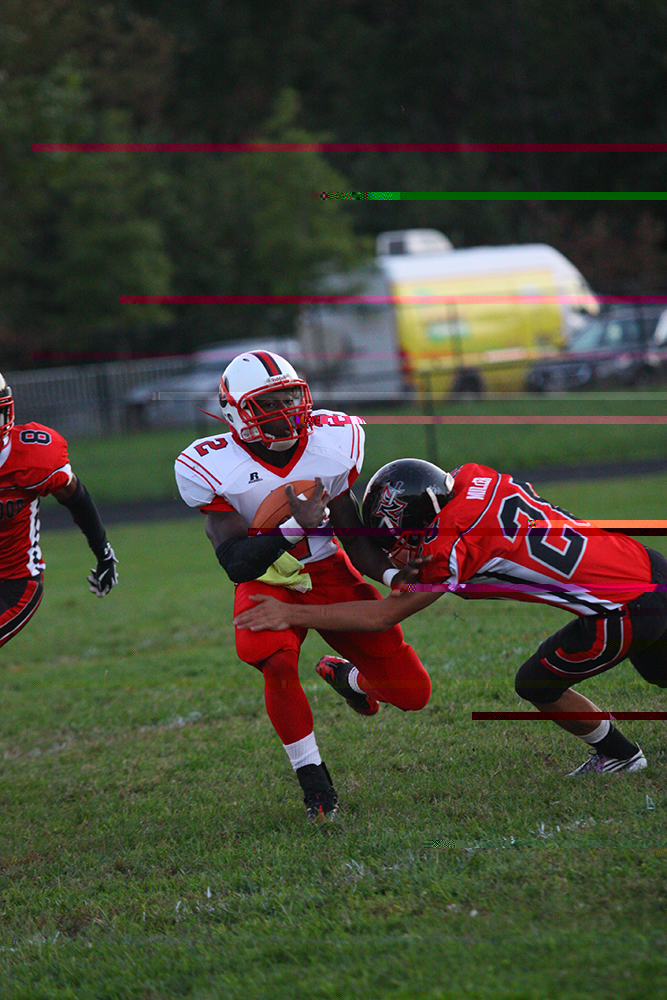 Photo: Blair's offense had a tough time finding running room against the Gladiators on Friday night. Northwood won the Battle of the Boulevard, 42-0.

Photo: Blair's offense had a tough time finding running room against the Gladiators on Friday night. Northwood won the Battle of the Boulevard, 42-0.

This year's "Battle of the Boulevard" wasn't much of a battle.

Coming off a 35-0 loss to Sherwood, the varsity football team (0-5) was hoping to rebound against rival Northwood (3-2). From the start, it was clear that the Gladiators had different plans – senior Al Bangura returned the opening kickoff 80 yards for a touchdown. Northwood never looked back, dominating all four quarters and cruising to a 42-0 victory.

On their first drive, the Gladiators scored on a 9-yard pass from sophomore quarterback Charles Hennessey to junior wideout Malcolm Brent. Moments later, Northwood struck again on a 16-yard touchdown run from senior Nick Shelton. The Gladiators led 22-0 at the end of the first quarter.

Midway through the second quarter, Brent beat the Blazer secondary to snag his second TD of the game – a 7-yarder that gave Northwood a 29-0 advantage heading into halftime. The Gladiators would score twice more in the second half.

Offensively, the Blazers simply couldn't get anything going. Poor pass protection allowed Northwood defensive linemen to get to senior quarterback Robert Clingman time and time again. Blair's running backs were stuffed at the line of scrimmage, and receivers had a tough time getting open against tight Gladiator coverage.

Injuries plagued the Blazers as well. Starting running back Peter Gondor went down with a head injury in the first quarter. Coaches sat him the rest of the game as a precaution.

The game was cut short near the end of regulation when fights broke out in the stands. Police cars arrived at Northwood at around 8:30 p.m. No one is believed to have been seriously injured.

The varsity football team will play its next home game on Thursday, Oct. 6 against Springbrook. Students are encouraged to attend and wear pink to support breast cancer awareness.