What you need to know about the new teachers at Blair

Given Blair's size, even seniors are bound to encounter new faces every day, and teachers are no exception. Some are returning teachers, some are Blair alumni and some are stepping into Blazer territory for the first time. Here is a quick roundup of the new teachers at Blair:

Carrie Roberts, Dance/Health
Carrie Roberts, dance and health teacher, taught elementary and high school before coming to Blair. Roberts sees a distinct difference between her students. "Elementary schoolers have a lot of energy, whereas I'm always trying to motivate my high school students," she says. Roberts is also a former Ravens cheerleader. 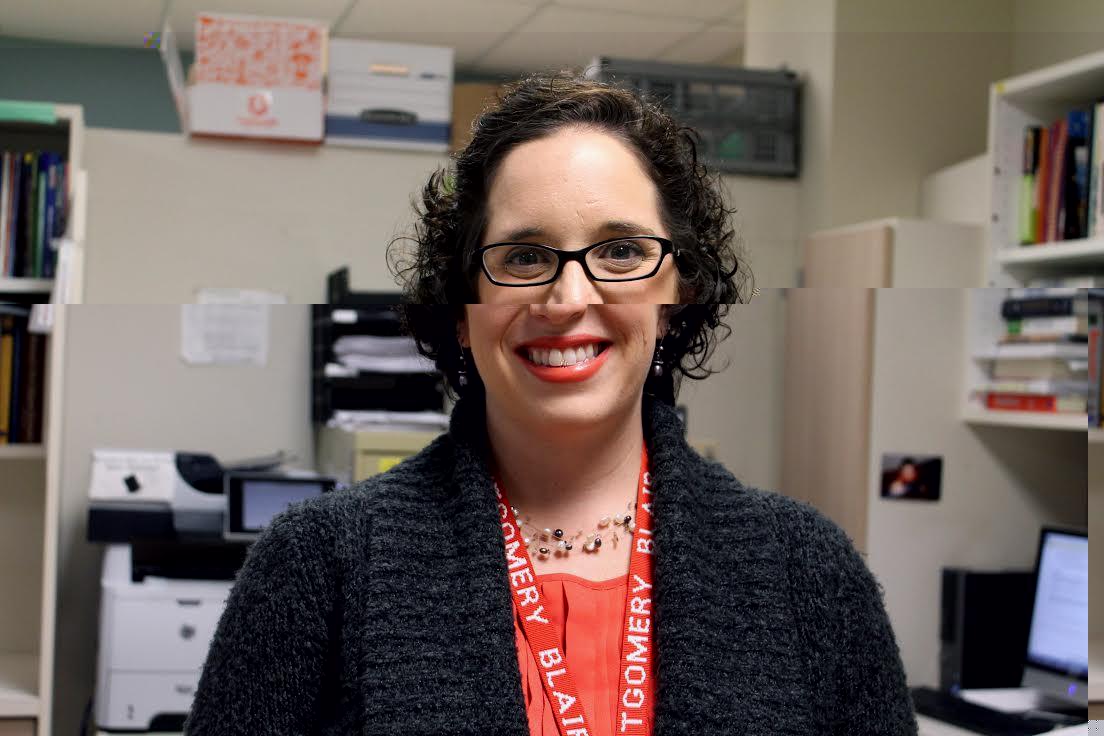 Kathryn McGovern, Science
Kathryn McGovern teaches biology and physical science. She helped found a charter school in Cincinnati where she worked for two years before moving to Maryland. McGovern enjoys running in her spare time, though she is currently expecting a child due in mid-October. "When I am not ridiculously pregnant, I run in marathons," she says.

Raife Oldman, Honors Symphonic Band/Marching Band
Before he came to Blair, Raife Oldman tutored students in music for several years in Mississippi. He enjoys the many teaching opportunities at Blair. Oldman has even started horseback riding in his free time. "I would like to get into more of the outdoorsy stuff like hiking and canoeing," Oldman says.

Amanda Wall, Visual Arts
Amanda Wall teaches at Richard Montgomery High School in the morning and ceramics and studio art at Blair in the afternoon. Although Wall believes she leads a "not really interesting" life, she has some facts to share. "I got married in May," she says. "I lived on a dairy farm and I have two awesome dogs."

Samir Paul, Magnet Computer Science
Samir Paul, who now teaches computer science, is a Blair alum ('06). He feels that Blair has not changed much since he was a student. "The basics of Blair are still the same, but there's a new cast of characters," he says. Other than teaching, Paul also has a talent for beatboxing.

Amy Ferguson, Science
Amy Ferguson teaches Magnet astronomy, physical science, and physics. This is her first year at Blair as well as her first year of teaching. She is not a stranger to the area, however; she graduated from Paint Branch High School where she played soccer, basketball and softball.

Puja Luthra, Science
Puja Luthra teaches physical science and chemistry. This is her second year at Blair, but last year she took a year off to travel the world for leisure. "I spent five months in Europe, four months in Asia and a month and a half in New Zealand," she says. 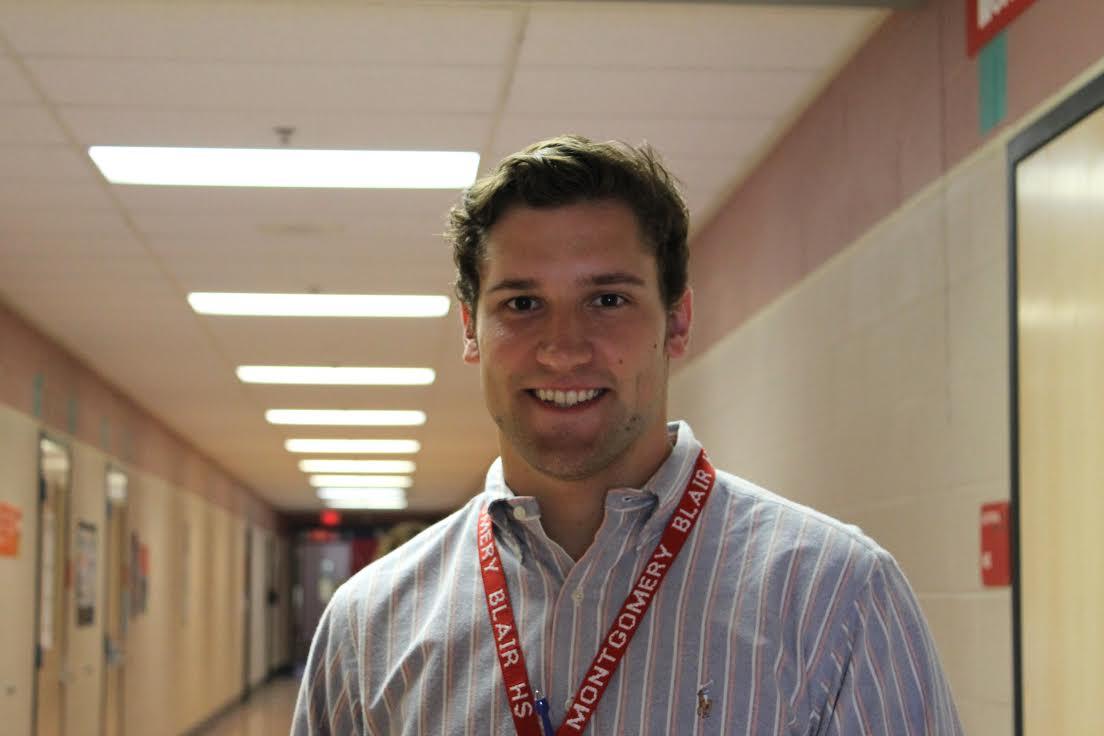 Michael Zick, Social Studies
Michael Zick was an intern at Blair last year. Now, he's a full time teacher of US History, Modern World history and Government. In addition to teaching, Zick coaches cross country, indoor track and baseball. "I was really excited to be placed here because it's such a big school with such a good reputation," Zick says.

Alison Russell, Social Studies
Alison Russell teaches U.S. History and AP Government. What surprised her most was Blair's size. "I'm sure this is the typical freshman response, but it's huge," she says. In her free time, Russell enjoys playing soccer and reading science fiction novels.

John Goldman, English
John Goldman, who has been teaching for 25 years, is certainly not new to Blair. He has worked here for ten years before working at Springbrook High School for five years. Now back and teaching 10th and 12th grade English, he feels that the school hasn't changed much. "The tradition has always been the same," he says.

Leyla Cook, Spanish
Although Leyla Cook is a Spanish teacher, she also speaks fluent French and Slovak. "My dad is Slovakian so I speak Slovak, and I studied French and got my Bachelor's in it," she says. Her mother is from Mexico, so she is accustomed to the Spanish language. "I grew up with my big, loud, crazy Mexican family," she says. In addition, she spent seven years in the Army and went skydiving when she turned 30. 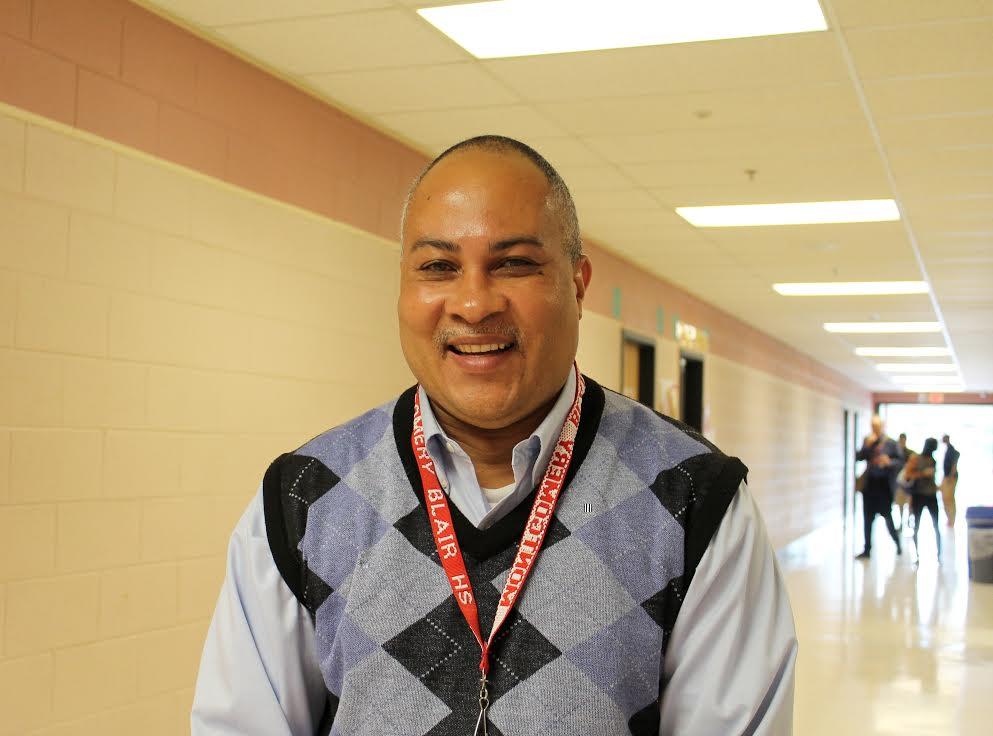 Photo: Kenel Stevenson teaches French 1A and 2A.

Photo: Kenel Stevenson teaches French 1A and 2A.

Kenel Stevenson, French
Kenel Stevenson, who teaches French 1A and 2A, has been teaching for 12 years. He wrote his widely-published dissertation on Latino students facing challenges earning a college degree. Stevenson is excited to be at Blair. "I think Blair is an outstanding school, very historical," he says.

Debby Adler, ESOL
Debby Adler is the new ESOL resource teacher. While she considers her students her children, two of her actual children attend Blair. "It's awesome to see my kids in the halls with their friends," she says. "I'm not sure if they like it, but I do."

Ronald West, Security Assistant
Ronald West worked in retail security before coming to Blair. West says working in a school is very different than working in retail. "I would only interact with customers when they were doing something wrong, but at Blair the students are very friendly," he says. Outside of school, West loves to ride his bike.

Jane Godwin, Resource Counselor
Jane Godwin is a school counselor. Before coming to Blair, she spent 14 years as a counselor at Frederick Douglass High School in Prince George's County. She says that Blair is very different from where she used to work. "We were right next to a cornfield and there was no public transportation—you couldn't walk across the street to Chipotle," she says. Godwin's roots are not new to Blair; her mom graduated as a Blazer in 1961.

Blair is full of interesting new teachers this year. To find a full list of teachers, click here.