Beefing on the Boulevard

In the world of high school athletics, Blair and Northwood have a rivalry not unlike the Redskins-Cowboys. The two high schools have shared University Boulevard bitterly since 2004, six years after Blair launched its new campus and when Northwood reopened after nearly twenty years. Every athletic event between the schools, even when one team is clearly outmatched, is a cause for body paint and vuvuzelas. But the football game is the biggest of them all. Moving it from its typical Friday night fanfare to a stale Saturday mid-afternoon just doesn't seem right. 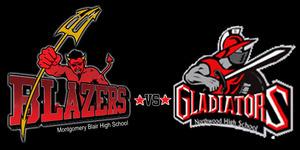 Battle of the Blvd logo

Photo: Blair and Northwood have had an intense rivalry since the early 2000s. This tradition should not be changed.

Photo: Blair and Northwood have had an intense rivalry since the early 2000s. This tradition should not be changed.

The Battle of the Boulevard used to be a time to show whose school reigned supreme. Blair and Northwood fans alike came to the game wearing school apparel and chanting their team to victory, all in the spirit of good fun. In both the 2009 and 2010 seasons, Blair won the battle, bringing home the wooden trophy as a symbol of triumph. But last year the rivalry took a turn for the worse, changing from wholesome to violent. Moments before the football game ended, with Northwood obliterating Blair 42-0, a riot broke out in the stands. Though no one was seriously injured, police were called to the scene. In an unrelated incident with a tragic twist, three months later in December of 2011, an innocent Blair student was stabbed on Northwood's campus after watching Northwood take on Kennedy in Basketball. Though the victim recovered fully and has since graduated, the incident has plagued the once civil rivalry.

Because of last year's incidents, no one was surprised when Principal Renay Johnson made the executive decision to postpone the Blair-Northwood game from the normal 6:30 p.m. kick-off time on Friday to Saturday, Sept. 29, at two in the afternoon at Blazer Stadium. Yet just because it was the expected thing to do, this does not mean Ms. Johnson's decision was correct.

Her decision isn't fair to the class of 2016. Without older siblings or reading this article, it's likely that most of the freshmen know nothing about the violence that occurred last year between Blair and Northwood. Innocent to last year's brutality, this year's freshmen deserve to experience the Battle of the Boulevard the same way the classes before it did. Though the teams will still play each other this Saturday, there won't be the same intensity or turnout as there would be on a Friday night, where the football game is the gathering place for many of Blair's students. In its place will be a lackluster game missing what has always been there when we play Northwood: tradition. 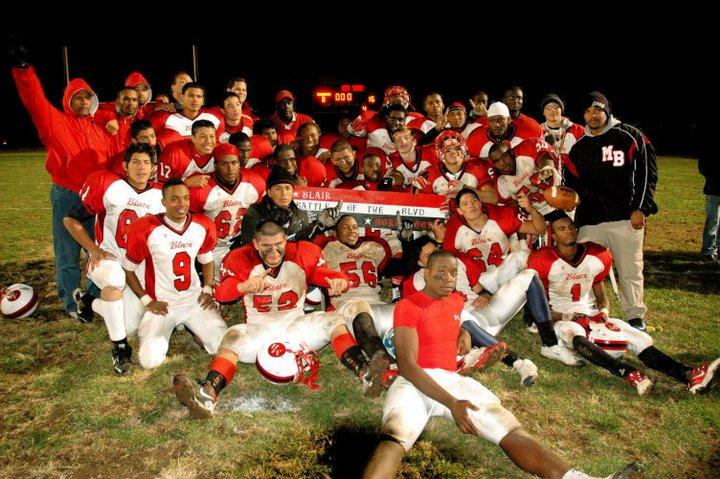 Photo: The last time the Blazers brought home the Battle of the Boulevard trophy was during the 2010 season.

Photo: The last time the Blazers brought home the Battle of the Boulevard trophy was during the 2010 season.

Though last year events were terrible and need not be repeated, a few rabble-rousers shouldn't be able to ruin an event for the masses. None of last year's violence occurred at Blair or was initiated by a Blair student; the stabbing was just a classic incident of being in the wrong place at the wrong time. Though I wouldn't be opposed to increased security presence or bag checks, a change of events for two isolated incidents seems extreme. After all, it's not the game that needs to be changed, it's the actions of the few crowd-members selfish enough to ruin everyone else's good time. As we move forward and the Blair-Northwood battle continues, hopefully we'll be able to bring back integrity to the boulevard.

No matter how you feel about the situation, come out and watch the Blazers take on the Northwood Gladiators at the Blair stadium at 2:00 p.m. on Sept. 29.