Blair students put in the time to make Homecoming special

Homecoming week is very important around Blair. The majority of the student body takes part in the week's festivities, but the work starts months earlier for the people who put it all together. Making sure that the football game, spirit week, pep rally and dance run smoothly is a joint effort by the Student Government Association (SGA) and by a select group of dedicated students and staff. 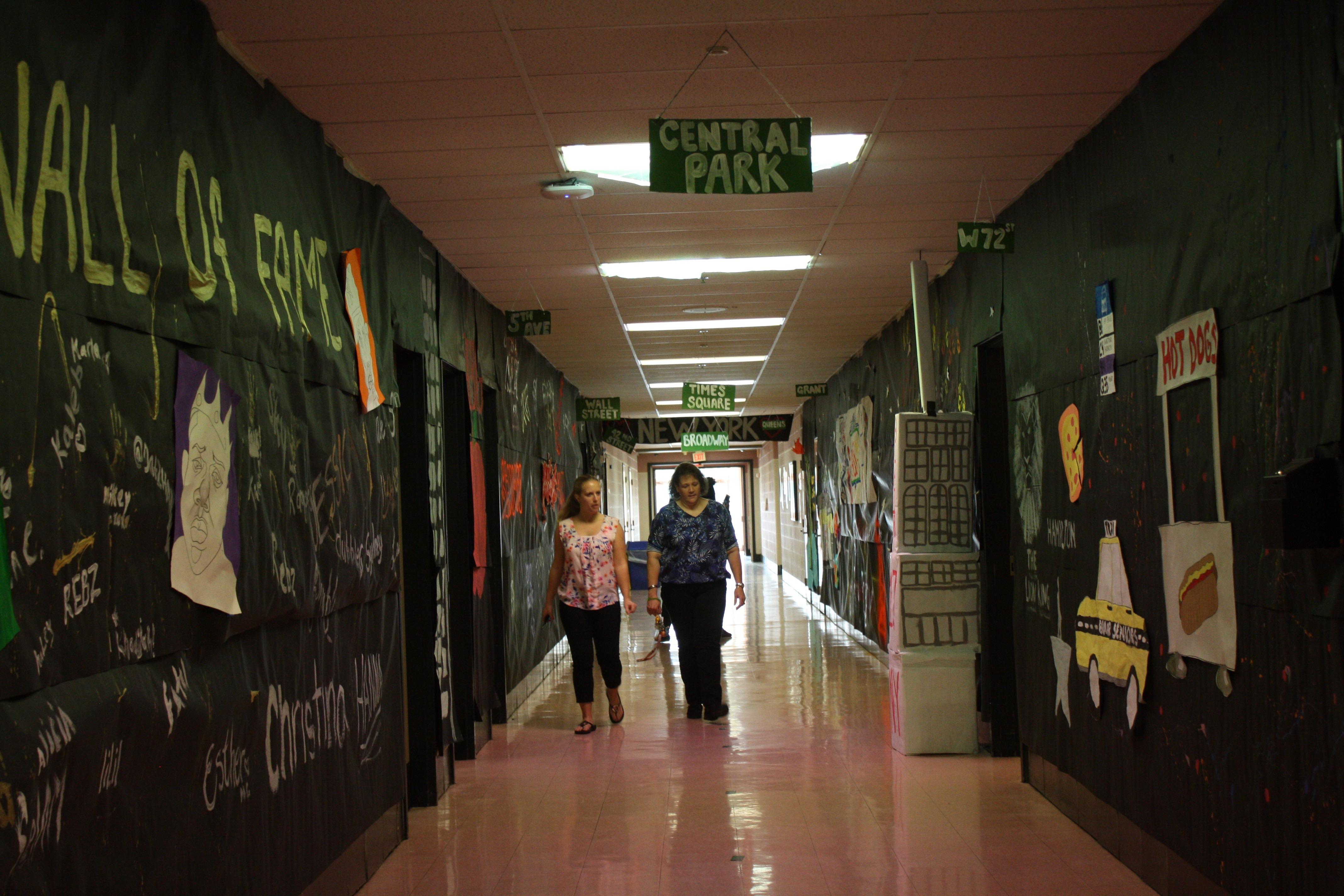 A big part of Homecoming for many Blazers is the Homecoming Court. In the weeks leading up to the elections, posters cover hallway walls and Blair Boulevard. The SGA parliamentarian is responsible for organizing all school elections and the court is no exception. Starting the second week of school, junior Alix Swann, this year's parliamentarian, has been putting things in place to help the elections go smoothly, from hosting meetings to making ballots.

In order to appear on the court, Blazers have to be doing well academically. "You have to get forms signed by your administrator to make sure that you're in good standing and that you're eligible to run. You have to have a good GPA to run," Swann says. She looks through all the applications and holds a meeting with prospective court members. Then, the candidate advertisements can begin. Due to school regulations, everything must be pre-approved. "You have to get posters signed by Mr. Funk, and any other types of advertising approved before you start," Swann explains.

Swann then has to run elections during lunch and ensure that people vote fairly, by grade level, to put their fellow Blazers on the court. She enjoys her position and seeing the progression of the elections. "My favorite part is when people get chosen at the pep rally and we get to watch them walk off the field. It's a lot of work to plan it all out so knowing that it's all done is a relief," Swann says.

The dance is arguably the most involved part of Homecoming in terms of the amount of student participation at a given time. This year, a record breaking 1,200 students bought a ticket to the dance that is supposed to be "the best of the decade," according to Christopher Klein, Blair's SGA advisor. With a top DJ, the dance is sure to impress, but it didn't happen overnight.

The SGA begins preparing for next year's dance the day after the previous homecoming by reflecting on how things went. "The very next time that we have class we're reflecting on things that went wrong in our system, things that can be improved, that can enhance the overall experience for students," Klein says. However, full-fledged planning does not start until the April before the dance when tickets are designed and other preparatory activities are completed.

Blair has to pay the county to use the gym while school is not in session, adding even more responsibility for the SGA to put everything in place. In addition, the DJ, flooring, lighting, security, building services and police all have to be accounted for. Security is essential in the success of the night, as safety is very important when there is such a large concentration of people. "We have to pay for the security team and police just to make sure that when we put that many young people in one place that everything is safe," Klein says.

All of these pieces make the homecoming dance a costly expedition, but one that Klein hopes has a good impact on the school and brings people together. The money from tickets covers the dance's cost, and any profit is used to fund SGA initiatives, such as the blood drive. "Ultimately what we are trying to do is everything that we raise we put back into the school, and hopefully the students see and enjoy their time here a little bit more because of that," Klein says. 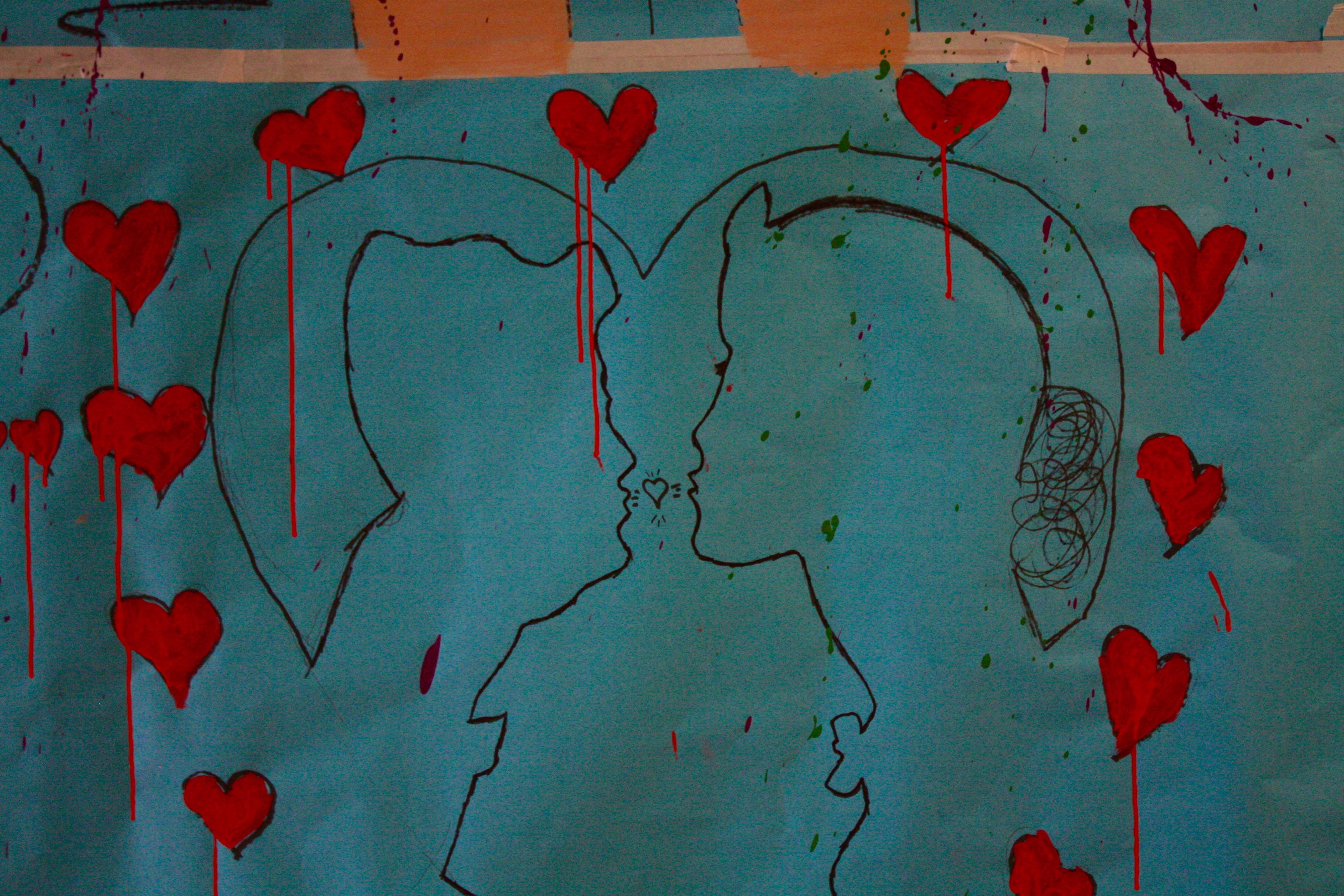 Walking down the 140's hallway, you'll see black walls with brightly colored graffiti-esque designs, a hot dog stand and other miscellaneous decorations. Dedicated students of all grades stay after school, sometimes as late as 6:00 or 7:00 p.m., to decorate the hallways.

Students, mostly on their respective grade councils, plan for a few weeks after getting their themes. This year, the juniors are taking a segmented approach to New Orleans, their assigned city. "Our idea was to divide the hallway into different sections that tie into New Orleans, like Mardi Gras, voodoo, jazz and Cafe du monde, which is kind of the place we are using to encompass the food of New Orleans," junior class president Divya John says. This year, the seniors came in first with their New York themed hallway, then juniors with New Orleans, sophomores with Paris and freshmen with Tokyo.

Spirit Week is the only time of year when you can take a walk on Blair Boulevard in the morning and see someone dressed in traditional Chinese, Indian or African clothing. Students show up in carefully planned costumes to look like Arthur or Mama Odie from The Princess and the Frog.

Before the spirit week schedule is released to the student body, each day's theme is proposed and ratified in Blair Congress, an organization that any interested student at Blair can join. These topics are then vetted by the administration to make sure they are school-appropriate.

To encourage student participation, Spirit Days and hallway decorations are made into a contest each year. Classes compete against each other in a battle of school spirit. This year, the seniors emerged victorious.

In the end, Homecoming and its festivities are a time for students to come together and celebrate the exceptional school that Blair is and the great people who go here. The students and staff who work for months to create a festive week deserve to be acknowledged for their hard work and dedication.