Blazers lose to Blake in first match of the season

Blair's wrestling team lost to the Blake Bengals by a score of 45 – 36 in their first match of the season. Despite their clear dedication and strength, the Blazers succumbed to Blake for the fourth year in a row. 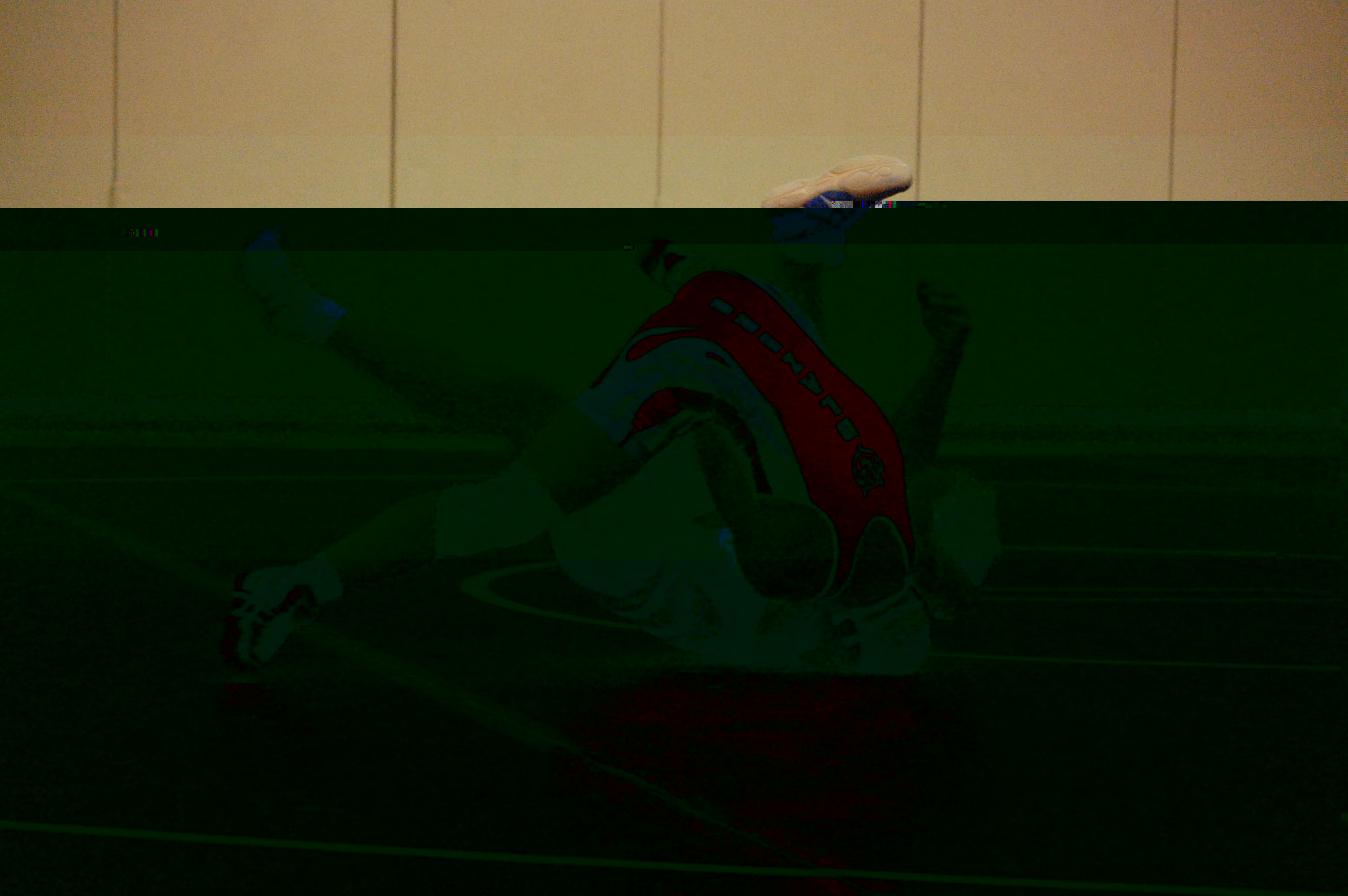 Photo: Senior Max Borenstein controls the match before losing in the third period.

Photo: Senior Max Borenstein controls the match before losing in the third period.

Sophomore Minu-Tshyeto Bidzimou gave the Blazers a strong start, pinning his opponent in the first minute of the match. Senior captain Billy Saturno sees Bidzimou as a major threat this season. "He had tough matches last year but the fact that he didn't quit shows that he's strong hearted and has promise,” he said.

Freshman Tremil Cain and sophomore Yohanes Admasu each pinned their opponents giving Blair the desired edge and sophomore Oumarow Bitang showed endurance when he managed to use a reversal and flip his opponent to the ground for a pin in the third period.

Blair's winning streak was broken when junior Chuck Onwuzuruike lost in the fifth match. The loss was especially bitter for the team because the match was supposed to be played by senior captain Rickey Combs who is out with a shoulder injury. "Hopefully I'll be back within the week,” Combs said, "There's a lot of new people so we'll be fine until then.”

Not only is Combs out, but senior David Chow has also been relegated to the sidelines due to injury. Despite losing two important players, coach Jacob Scott does not seem worried. "Losing them is a factor,” Scott explained, "They're missed definitely but them being able to suit up and just knowing they're on the line helps the team.”

Junior Modu Send and senior Daniel Mourad accidentally pinned themselves while attempting to defeat their opponents in a bridge. Although these matches ended in a loss, Saturno was not upset. "They were against the other team's best guys,” Saturno explained. "I'm impressed with they way they performed.”

The night ended with a win by junior Lansana Sylla. Sylla showed his experience by putting his opponent in a choke-hold and flipping him over. Blake's wrestler was pinned on his stomach and then, in an unsuccessful attempt to escape, Blake's wrestler tried to roll Sylla over. During this maneuver, Sylla suddenly regained control and managed to pin his opponent. According to senior captain Chris Wells, Sylla is a player to watch this season. "Lansana is a beast,” he said. "He's learning more and really growing into his own.”

Despite the loss, the Blazers begin the season with an optimistic outlook. "Our whole team is on point and working hard,” Scott said. "We're taking it one step at a time.”

The varsity wrestling team will play its next home game against Springbrook on Tuesday, Dec. 20 at 6 p.m.