Blair alumnus David Andalman finished shooting scenes for his debut feature film "Milkshake" in Takoma Park and Silver Spring last week. The comedy is based on writer and director Andalman's experiences growing up in the 1990s and attending Blair. 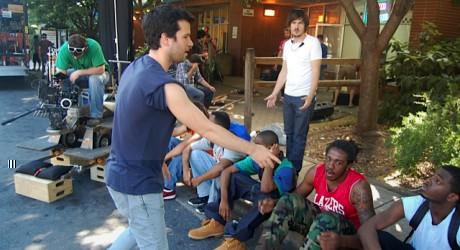 "Milkshake" stars Tyler Ross as Jolie Jolson, a teenager who does not feel satisfied with where his life is heading. The only thing he is pleased about is his secret involvement with Henrietta (Shareeka Epps), a girl who is pregnant with another character's child. The movie follows Jolson as an accident lands him on the varsity basketball team and his sudden popularity leaves him torn between Henrietta and Christine (Georgia Ford), a newly interested cheerleader.

Many elements from Andalman's childhood appear in the film. "While the story is a fictional coming of age comedy, this has been a very personal process of revisiting the time and place I spent my formative years," Andalman stated in an official release. "The sub shop where I hung out after school, the high school basketball courts all over Montgomery County when I was on the team at Blair - these are all indelible memories."

The film also includes many of the events that dominated the news during Andalman's childhood, including O.J Simpson's trial and Marion Barry's re-election after his time in prison.

Andalman returned to his hometown to shoot the movie. For shots of the exterior of the gym, he filmed at the former location of Blair, now Silver Spring International Middle School. Other scenes were shot at Wheaton High School, Spring Park and stores such as Peter's Sub Shop on Maple Ave. 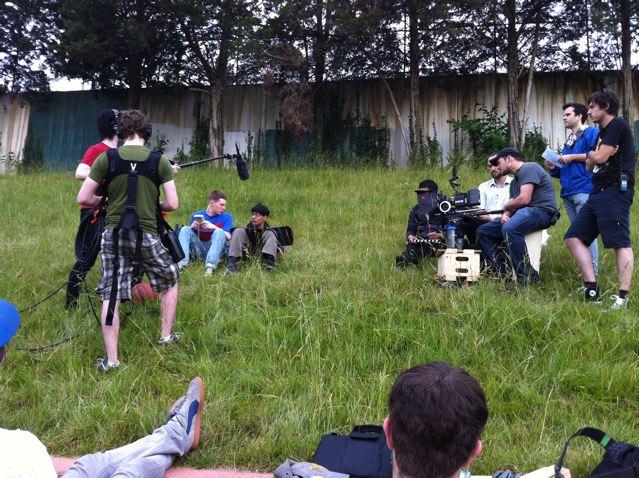 Andalman, who has worked in the film industry for ten years, originally wrote a short film entitled "Takoma Park" based on his hometown. The short premiered at the Tribeca Film Festival in 2008. "It was so well-received that he decided to turn the concept into a full-length film," producer Mariko Munro said.

The production crew hoped to have editing completed by September, when the film will be submitted to several festivals for the chance of distribution and public viewing. The crew was already considering festivals such as the Sundance Film Festival and the South by Southwest Film Festival. While Munro acknowledge that it may be difficult to achieve, she was optimistic about the success of "Milkshake." "I think it's a really good script, and I think we have amazing talent and crew," she said.

Munro also felt the crew owes a significant amount to others for how far the production has come. "We've received a tremendous amount of support from the community and Montgomery County," she said. "All of our housing was donated, which was very helpful. We've also had two restaurants that have been sponsoring our food."